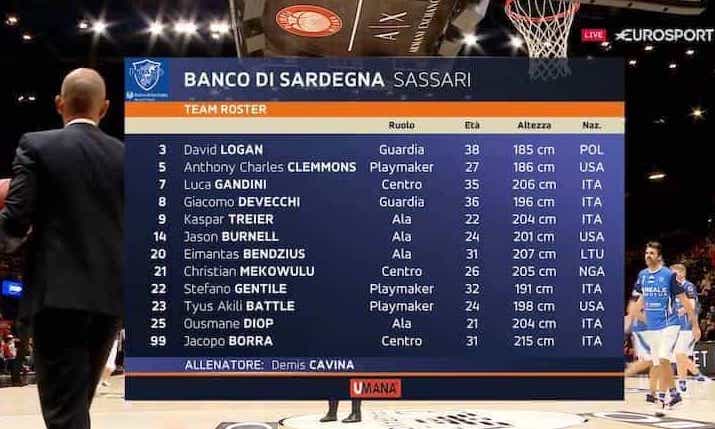 Boost Graphics, the graphics and data division of EMG, is working with the Lega Basket Serie A in Italy to enhance its TV graphics and provide the required data hub infrastructure.

Silvia Sordelli, consultant TV and new media at Lega Basket Serie A, explains: “At the beginning of last season, with the appointment of the new president of Lega Basket Serie A Umberto Gandini, we realised that the TV graphics could be improved a lot visually. We asked Boost Graphics to prepare some proposals for the rejuvenation of the on-air graphics and immediately they managed to meet our needs.

“We wanted more vivid, lively, new and incisive images, and greater recognition of the players. We wanted the players to be as visible and recognisable as possible in the graphics, enhanced by a whole series of corollary information, including statistics and comparisons with the previous days.” 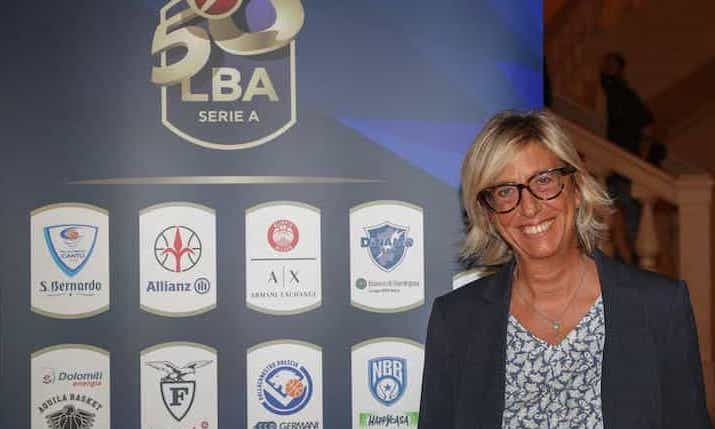 Sordelli continues: “In general, we requested graphics that could be better expressed at each event and therefore made the various days different and immediately recognisable thanks to different colours. Today the Championship has blue as its reference colour, the Italian Cup is characterised by green and the Super Cup stands out with its red branding. Each event features customised graphics drawn by its own dominant colour.

“Another significant change has been set to allow our marketing advisor Infront to customise each event by including the sponsor who invests on a given day.”

A regular basketball season in Serie A features 240 matches, reaching around 300 once the play-offs are taken into account. Matches are played in about 15 arenas throughout Italy.

All match rights are owned by Discovery Group which broadcasts two of them on Eurosport 2 and the rest on the Discovery+ platform. Italian public broadcaster RAI airs a match on the free-to-air digital terrestrial channel RAI Sport on Sunday evening in prime time; moreover, during the playoffs RAI broadcasts all matches concurrently with Eurosport 2.

Dario Marra, head of operations at Boost Graphics, explains: “The main commitment for the new season was to create and finalise the data infrastructure for collecting statistical data for different users, the so-called data hub.

“The development process was carried out on the entire chain: from the detection software to the infrastructure for data delivery. A special tool owned by Boost takes care of the detection of game statistics and manages all the APIs useful for websites and applications that return the data display.

“Furthermore, Boost has created all the new graphics for the 2020-21 season and the look and feel of the new brand line that is broadcast on Discovery, the official host broadcaster.”

“All television production is managed by EMG,” he continues. “Many matches are shot on site by mobile OB vehicles and others are via remote production from the studios in Cologno Monzese.

“Eight matches are usually played each weekend and involves a Boost operator who interfaces with the Cologno team for all useful checks and connects with the scoreboard to acquire game time live. It will also connect with the ‘Scout’, which produces the official statistics of the match and receives all the numbers about the match in real time.

“From the gallery of EMG in Cologno in the case of a remote production, or from the mobile van at the venue, the editorial indications are received by the producers to package the television product as accurately as possible.” 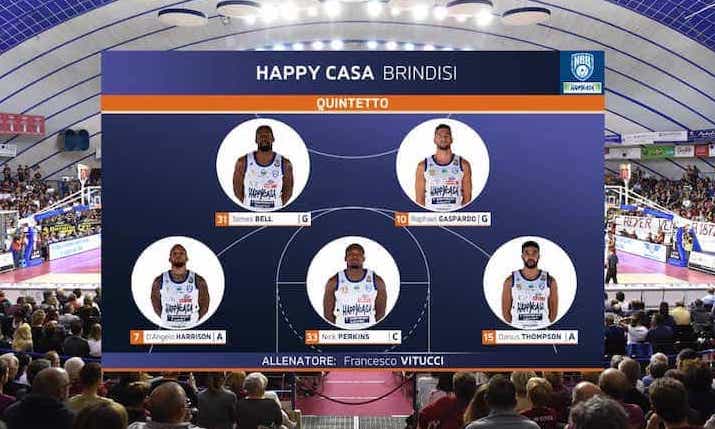 He adds: “All graphics are currently produced in HD and based on a full set of backend update releases that all operators receive prior to the events. Thus, once operational in the field, all elements and information are updated according to the customer’s needs.

“On-air graphics provide comprehensive, always-on-air information for the viewer, such as the score and playing time. Information also cyclically appears as a pop-up to viewers sharing the most relevant statistical content.

“During game breaks, in-depth graphics are broadcast such as head-to-head comparisons between teams and/or between players, rotating focus on a particular player, ranking on certain categories of statistics, results, next rounds and so on.

“In a typical on-site production, the Boost van delivers key and fill signals for graphics and data to the on-site OB truck. In the case of remote production from the field, the Boost operator is interfaced with statistical data, the game board and, being networked with the control unit in Cologno, they can drive the graphics engines within the main control room for remote titling.

“On field, in addition to the fibre optic cabling to the scoreboard station, Boost carries out the cabling to the Scout station, the main and backup stations and, where required, to the commentators’ facilities who must have visibility of the statistics.”

The added value of Boost Graphics is its enhancement of the data, frequently and in real-time. One of the most appreciated features of Boost is that the entire asset is taken care of for the customer, not only the broadcasting graphics and related statistical data, but the total management of statistical data.

Netco Sports, the second-screen solutions company purchased by EMG in 2015, is currently in the process of being incorporated into a new international brand, Boost Graphics, which will unite the graphics capabilities of all of EMG’s European subsidiaries in Italy, the Netherlands and Belgium.