During this year’s FIFA World Cup a common discussion held between friends, other than the actual state of play, was about the ITV Sport and BBC studios in Red Square. Taking entertainment to the next level, these sets used the latest in design and technology to keep viewers focused between matches. The company behind these studios, which turned heads thanks to their innovative use of virtual technology, was White Light.

Comments Andy Hook, technical solutions director at White Light: “What was fascinating about the World Cup was everyone was talking about the sets we built for ITV Sport and the BBC. It was interesting and exciting that people were thinking about the sets, and wondering how they did it. The technology is much more affordable now as well, so it’s open for smaller channels and productions to use.”

Technology from White Light also led to the creation of the Discovery Eurosport cube at the PyeongChang Olympic Winter Games 2018. The Discovery Eurosport cube, which captivated viewers, is a mixed reality studio that creates a fully interactive environment for Eurosport’s experts and guest medal winners to analyse the action, with traditional green screen workflow being replaced by physical video displays that can be interacted with. 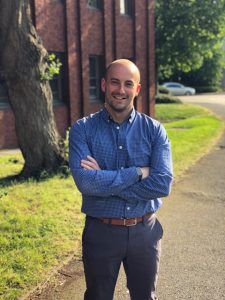 Hook says: “The Eurosport cube really came to life when Eurosport’s experts were analysing the action. It immediately allowed them to not sit behind a desk but, rather, use their hands, arms and bodies and interact with the immersive content around them.” It also had a range of other uses on site from quick turnaround interviews with medal winners who were able to drop in at short notice, to fully scripted and rehearsed pieces of detailed analysis.

For its World Cup set for the BBC, White Light was credited at the SVG Europe Sports Production Awards for Outstanding Technical Achievement, Graphics: BBC Sport – FIFA 2018 World Cup, and at the IBC Innovation Awards, Content Creation was won by Eurosport and Discovery for White Light’s Eurosport cube at the winter Olympics.

Notes Hook: “Lighting, video studio sets and graphics are all converging very rapidly into a digital canvas that you can put presenters or audiences into, to create an experience for the viewer. We’re quite well placed to bring these elements together and advise on how to make it work. Creating these immersive environments is all about creating a better experience for the viewer.”

White Light started life in London’s West End; the company’s first job was the transfer of The Rocky Horror Show from the Royal Court Theatre Upstairs to the Kings Road Theatre. While the company still works in theatre, with recent new productions such as Aladdin and Harry Potter and the Cursed Child, in recent years it has diversified significantly.

Building on its theatre reputation it now works in a variety of markets including broadcast, concert touring, corporate events, retail, education, worship and many more. All of these activities are serviced from White Light’s base in Wimbledon, with a 75,000 square foot warehouse and equipment preparation space along with 10,000 square feet of office space. 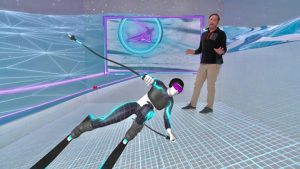 Hook states that in the last three years White Light has increased the speed of its diversification into areas such as broadcast, fuelled in part by the acquisition of Hook’s company, Shock Solutions, in June 2015. Hook launched Shock Solutions while on his placement year at the University of Kent; he decided to set up his own business rather than work for someone else, and started exploring audio visual (AV) solutions. After getting his foot in the door with ITV Sport, work snowballed in that area and the business became a TV studio specialist.

Hook commented: “We focused a lot on the lighting elements of AV, and as media servers exploded in live events, I looked into what they could do. In 2011 for the Rugby World Cup held in New Zealand, we built a big set for ITV Sport at the London Studios. It was a projected set driven by media services. We were able to control the complete background of the studio from the lighting desk in the studio gallery, all under control of the lighting operator. That allowed us to create this digital canvas.

“It was quite a turning point in our relationship with ITV Sport; we started to do a lot more with them and also started to get involved very early in the discussion about how we could build technology into their design, or exploit new technology. So rather than just be the supplier, we moved into technical design and working with set designers to come up with new concepts.” 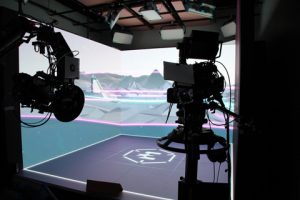 The Discovery Eurosport cube for the PyeongChang Olympic Winter Games 2018

White Light used the Mixed Reality Tech Lab at IBC this year to demonstrate Smart Studio, which is the result of the company’s R&D for creating flexible small production spaces. Using content from Malfmedia, the demonstration featured Mo-Sys StarTracker technology fitted to live cameras, feeding their positional data into the media server from partner, disguise, and allowing content in the LED walls to be generated to the camera’s perspective. Tech from real time graphics provider, Notch, was run natively on the disguise media server to show how live generative content can be used as a video ‘source’ to create scalable content in real time, which can react to the environment and studio lighting.

Says Hook: “Everything we do has a lighting focus, which makes us different from other companies in AV who often treat lighting as an afterthought. We take media servers that run all types of display – plasma screens, video walls, whatever you need – then work with graphics workflows to bring it all together, along with augmented and virtual reality, which is more and more a part of the final creation.

“At IBC we demonstrated our Smart Studio concept, which pulls all of that together into one media server box,” he continued. “Every project we did, we found problems and roadblocks, so we created the box to simplify the process; it’s a workflow in a box that makes it easier for broadcasters to use what we make for them without having to call in specialists all of the time.”

Hook says: “Smart Studio is a workflow, powered by the disguise media server at the heart of it, to simplify the solution for broadcasters. After being previewed at IBC it is now being rolled out commercially. Key partners are invited to come and experience the solution at White Light over the coming weeks.”

White Light is now working on the next ingredient needed to advance what it creates for broadcasters; depth-sensing cameras. Hook explains: “[With the technology we currently have available] we understand where screens and cameras are in the studio, but what we don’t understand is where the talent and the audience are in a live tracked environment. If we had depth sensing cameras, presenters could easily walk around a virtual object. Until we have those cameras though, we need to physically locate the presenter, which is very complicated. So until we have depth sensing cameras, it’s a roadblock in what we do.”

He goes on: “We are working with partners to develop these cameras; we have partners working in the military environment that are helping. This technology is used in the military and for training, using location-based virtual environments. It isn’t used in broadcast yet so we’re looking at how we can adapt it for our purposes.”

Hook adds: “As we work in lots of different markets, we can look around and see what is being used, and see how we could bring that into broadcast, and sometimes that goes the other way as well.”

Today White Light’s client list includes the BBC, Sky, ITV Sport, BT, Gfinity and Bloomberg. As the company continues to forge its path in virtual sets, keep an eye out for its work on a screen near you soon.