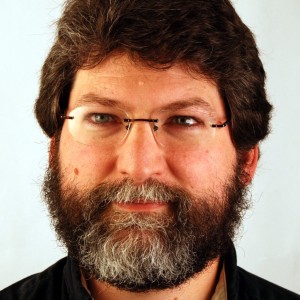 In the first of an occasional series about SMPTE 2110, SVG Europe speaks to John Mailhot – Systems Architect for IP Convergence at Imagine Communications – about the long-term implications of the forthcoming live production specification. Currently undergoing final review, SMPTE 2110 – which specifies the carriage, synchronisation, and description of separate elementary essence streams over IP for the purposes of live production – is expected to be published as one document this summer.

As the document editor for SMPTE 2110, Mailhot is extremely well-placed to outline a real-world roadmap for the specification and how it is likely to be received in the wider broadcast community. He sat down with SVG Europe a few days before NAB 2017 to discuss the current status of the specification, its implications for IP-based production, and the probable rate of adoption within the OB community…

What is the present status of SMPTE 2110 and when will it be published?

As the document editor of 2110 within SMPTE I am closely involved in its development. It is always perilous to pick a specific date and time as it’s a process that involves a lot of people, but the core part of the standard – the video part, the audio part, the part that defines systems timing, and the inter-relation with PTP – have all passed the internal ballot within SMPTE, and we are in the process of resolving some comments. The vast bulk of those comments are also resolved, so we are very well along [in the process] and expect it to be published this summer as a finished PDF.

Can you tell us more about the comments process?

There is a drafting group of well over 100 people, including [representation from] every manufacturer who cares to be involved right now in the industry. Everyone has a right to comment and it is a due process standards organisation in the same way as ISO and others.

How should the process of educating the market about 2110 be approached?

There are three main aspects to that process. Firstly, each vendor individually has to work towards educating customers and the broader community through meetings and shows, in addition to [presentations at events such as NAB]. Secondly, the trade press can contribute quite heavily in this regard through articles written about not just the history of its development but also the technology of the standard. Then the third part is the role of the trade associations, chief amongst them AIMS, which has been very good at encouraging collaboration – for example the joint interoperability booth at this year’s NAB.

So the new goal will be to shift into education mode and that will be an interesting transition. I am sure that many people will remember the beginning of the transition from analogue to digital… it didn’t just up and happen, it was more like 15-20 years.

Do you think the move to IP is as seismic as the shift from analogue to digital?

It is certainly seismic in the sense that it makes things easy that used to be harder. Once people work to 2110, where all essences are separate on the network, they will realise that they can do things that [were not readily achievable] when the audio was separate, for example. [Previously] people would save money by using embedded audio, but had to give something back whenever they wanted to touch the audio. Now we can move to a perfect scenario where signals are all on the same network but are not embedded within each other, which gives great opportunities to break away the audio or the ancillary data without having to deal with this wrapper called SDI.

In what ways do you think it will affect the bigger customers, in particular?

The largest customers were always coming up against size boundaries with islands of production here, newsrooms there, and so on. Each [area] would tend to have its own large SDI router, connected fairly thinly by tie-lines. This became a management issue in its own right, so the ability with an IP system to scale so one can take that camera to Studio 3, plug it in, switch it on and have it light up and work is a very different thing. The ability to be space transparent within a large facility will allow people to be much more flexible in how they use them.

How quickly do you expect the OB community to adopt SMPTE 2110 and IP-based production?

Above all, OB providers have a need for keeping the show on. Within the OB community there can be some leaders who advance a new technology if it fulfils one of their needs very clearly. But in general they don’t do technology for technology’s sake; they are very practical people focusing on delivering for events.

We have spent a lot of time working with the OB community to understand their needs, and it is clear that where the cost is sensible and the scale is required that IP is a good solution. Of course you will see [some early adopters], but I think the bulk of OB operators will evaluate IP [over the next year] as they refresh old vehicles or build new ones.

How to do UHD is the other thousand pound gorilla in terms of building trucks right now. One of the nice things about 2110 is that it implements UHD on the first day, and defines how to do UHD and 8K too.

What is the latest with regard to Imagine Communications’ own compliance with 2110?

Most of our products now have 2022-6 interfaces, and we are now working on bringing 2110 to each product. The process began with the modular gateways, and is continuing; we hope to have it wrapped up by the end of the year.

Finally, are there any less well-known benefits of 2110 that you would like to highlight?

One of the under-appreciated aspects, I think, is that one can separately route and break away ancillary data – as well as the audio and video. This means that the process of adding captions, subtitles and teletext will be greatly simplified. There will be no need to incrementally build up the signal by going through lots of servers; instead, it will be possible to route all elements separately and converge them at the end. So that will be a real benefit.