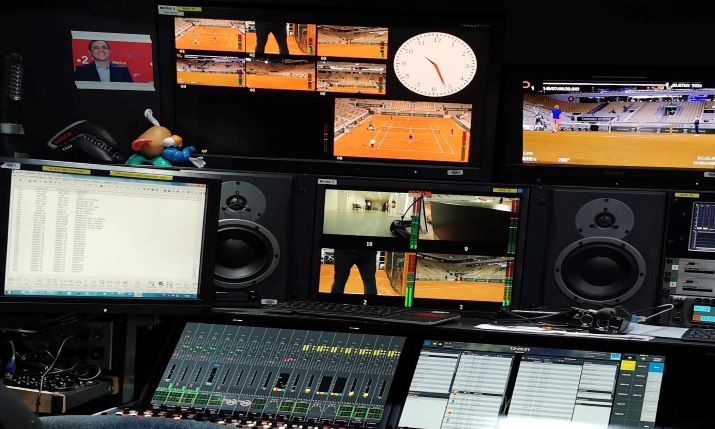 France TV’s live broadcast of the French Open tennis tournament from Roland Garros is seen as a showcase of excellence in sports broadcasting; an event that pushes engineers and manufacturers to innovate in infrastructure and supporting technologies, as well as trialling options for standardisation and pathways to the future.

In 2020 the tournament was postponed from May to the end of September due to the COVID pandemic, but that did not halt progress. 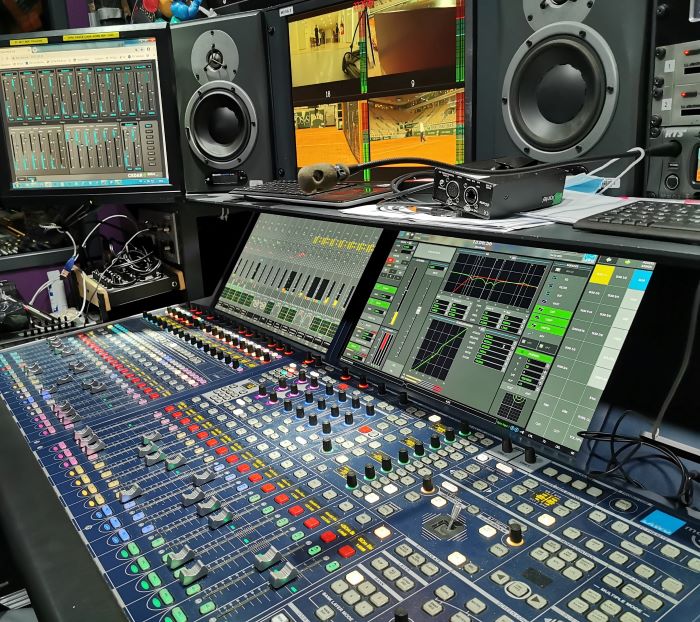 Great things can come from audio

The France TV team have been trialling object-based audio in various forms for five years, working with the likes of the EBU, BBC, NHK, IRT and more. “We started on this right after the big adventure of the loudness measurement changes,” says Matthieu Parmentier, head of data and artificial intelligence at France TV, talking to SVG Europe.

“That was the revolution that made all the video guys and the top TV management aware that great things can come from audio. After that, we all got together to work out what the next big step could be, to benefit the viewers. Object-based and next-generation audio (NGA) were already out there, so we worked with Dolby, partners in the MPEG-H project and DTS to find a way forward,” Parmentier continues.

The Roland Garros broadcasts in 2018 and 2019 used the MPEG-H standard and provided 9.1 immersive ambience with alternative commentaries and a binaural ambience feed.

“We are always testing and trying to provide the best experience,” says Parmentier. “Through these broadcasts we established good practice in most of the practical production aspects, such as stem separations, routing for rendering and monitoring, the route to the video encoders, and so on.”

This meant that when it came to trialling Dolby’s AC-4 option, along with the S-ADM open serial metadata standard in 2020, the team did not have to reinvent the production side and could concentrate on encoding and transmission.

S-ADM is an adaptation of the audio definition model that uses XML-formatted metadata to describe the format and content of audio files. The serial version is designed to allow the use of ADM in live and streaming services and its take-away features include compatibility with ADM, no limits on audio tracks, independence from transport or interface, ability to describe any combination of channel, object and scene-based audio programmes, no restriction on frame size and inclusion of random-access support. 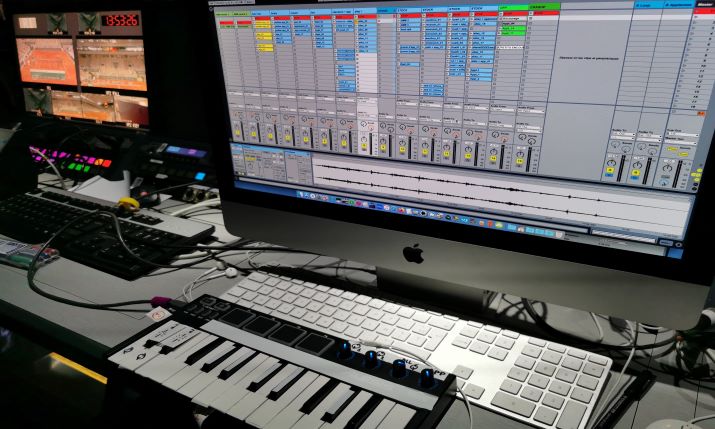 Of course, one of the biggest attractions is that no matter what other encoding choices are made or required, S-ADM remains format agnostic. “S-ADM is the new Esperanto of metadata,” explains Parmentier. “It’s free, it’s open and it’s supported by a lot of broadcasters. It’s metadata that runs on a PCM track, which is something that we’ve handled for years with Dolby E.”

Because S-ADM was not yet fully implemented in commercial product, for the Roland Garros event the team had to improvise. “It’s an open standard, with no licence, but manufacturers need time for this kind of implementation,” explains Parmentier.

“Because the metadata from the event itself did not need to change, we generated that metadata ourselves in a Wav file and played that in a loop during the whole two weeks. The only dynamic aspect was mixing in credits and jingles, adverts, and so on. That’s where we needed a new set of data, and that was done in the studio control room, played with the additional content. We can call it a proof of concept.”

Another first was the integration of the Dolby AC-4 encoding into the Ateme Titan Live transmission encoder. Ateme states that this arrangement meant that UHD encoding delays “all but disappeared”, made audio sync simpler and took additional devices out of the chain for greater reliability.

“And another new feature in the Titans this year was the UHD HLG-to-SDR conversion in-the-box,” adds Parmentier. “It’s important to have a single encoder able to deliver SDR output for the legacy networks. Every year we’ve had a great improvement in centralisation of the distribution… this time we used three Titans in parallel for all our different streams, which would have required five or six units last year.”

According to Parmentier, front line audio production at the event was of the usual exemplary standard; a testament to the experience in object-based and immersive audio that the team has built up over recent years. The main difficulty was the lack of spectators – mandated by government during the COVID crisis – and its effect on the crowd ambience, as well as the intermittent issue of rain on the new roof of the highest capacity court, Philippe-Chatrier.

A Schoeps ORTF-3D microphone, plus 10 spot microphones for court sounds, form the basis of the mix in the flagship court, though the crowd had to be supplemented by some pre-recorded stereo ambience given an immersive ‘conversion’, played in live during the matches.

On site was the France TV La Fabrique – Toulouse OB truck with a Lawo MC2 console, and the audio operation was overseen by France TV’s head of sound Dominique Guyot and audio specialist Laurent Maheo.

One of the most important messages to come from this experience was the need for manufacturers to implement the right technologies in the right places as soon as possible. “Because this is TV, it’s key that the audio encoding is done in the video encoder,” says Parmentier. “And that’s the work being done by Ateme and others that have realised it’s good for the market to support this open metadata standard. Also, there is no wish from any sound engineer to have a pile of NGA processors just to be able to deliver Dolby metadata here, MPEG-H metadata there, DTS metadata there and so on, which is why we are pushing for adoption of Serial ADM.”