Sounding perfect: Supporting the audio for NBC’s remote production of Beijing 2022 on the ground in China 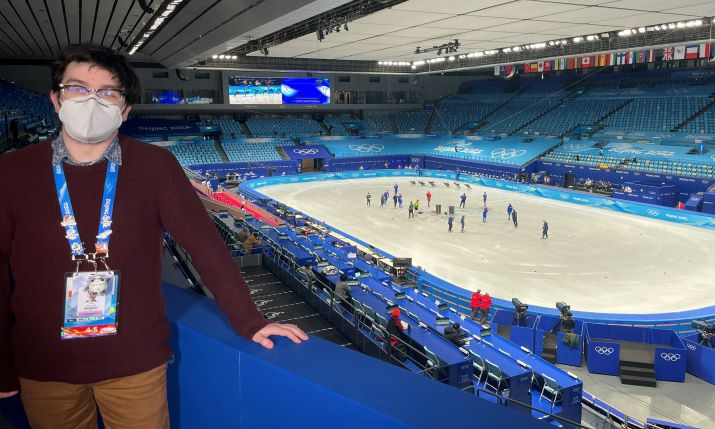 Calrec support engineer, Toby Spiller, is in the thick of it in Beijing at the Winter Olympics, supporting the audio tech provider’s customer, NBC with its broadcast infrastructure.

Here he tells us about supporting a number of international broadcasters who are using remote and on-prem hardware, how that works under strict COVID-19 measures, the importance of training, and how it all differs from the last time a Calrec support engineer was at the same venue 14 years ago.

“Travel has been a luxury over the last two years and as a support function we have been able to step up our remote activities, but we’re always keen to provide in-person support whenever we can,” says Spiller. “I travelled to Doha in October 2021 to give a few weeks of training and on-air support to Al Jazeera, but this is my first overseas trip since.

“It has felt quite daunting at times. Keeping abreast of all the COVID-19 requirements in different countries has meant I had to change my flights and my route three times just to get here, but I flew into Beijing Capital International Airport on Friday 14 January.

“In Beijing we are all part of a closed loop system, so we are only allowed in the hotel and the venues where we are working. The pre-approval tests to join the bubble meant that we didn’t need to self-isolate when we arrived, so I was able to start work just two days later. 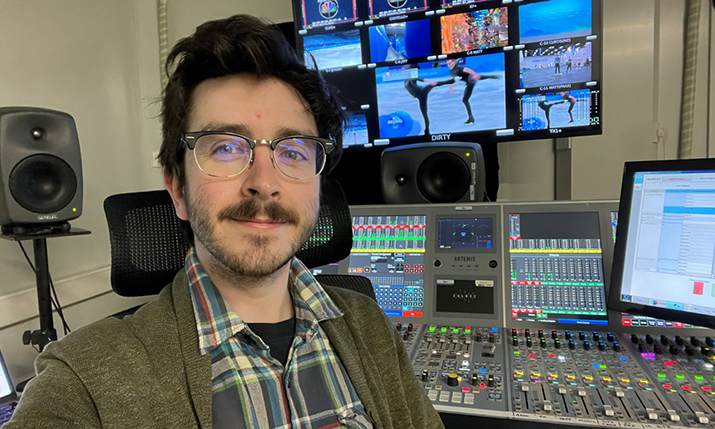 “Everything is very structured. There is constant testing and monitoring with a PCR test every day, and all the access doors are card operated; not only not only do they track where everyone is in the building, but also what temperature we are!

“My hotel is based near the China National Convention Centre in Beijing, right next to the Olympic Park; in fact, it’s the same area that Calrec’s senior product manager Pete Walker stayed when he provided support to NBC Olympics in Beijing in 2008. But the environment in 2022 is quite different to what it was 14 years ago. This year I am likely to stay within a one square mile of the Olympic Village (although there is a brand-new Game Creek truck which NBC is using at the extreme zone up in the mountains which I am hoping might need a visit!).

“The A1s are all based in Stamford, NY, Connecticut, US, who are mixing the live events remotely and will be working to the same schedule, although they will be 13 hours behind so their mix day will start at 4pm and run through until the early hours.

“All the Calrec kit shipped in flypacks directly from Tokyo last year, so my colleagues Steve (Gligorovic) and Elliot (Roberts) were able to prepare the equipment prior to shipping, which made set up very straightforward.

“Prior to the competition, most of my work was aiding set up: setting and testing networks, working with NBC staff and other vendors, and providing training to anyone who needs it. Having spent so many months in the factory it’s not only been great to get out, but it’s been a good opportunity to talk to other manufacturers about their networks, as well as share thoughts and ideas on new workflows.

“There were no other audio manufacturers with dedicated support on site for the early set up, but it was good to talk to the likes of Sony and Canon about how they are adapting their systems to different ways of working. Live sports broadcasting has changed so much and it’s been really good to find out first-hand how other vendors have adapted their workflows to meet these new requirements, and how Calrec fits into it all. 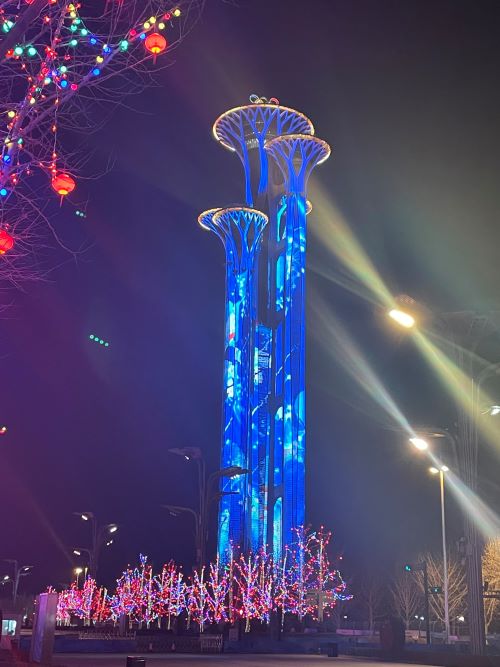 “NBC has eight RP1 remote production units in Beijing; four in the International Broadcast Centre (IBC) to cover Studios A, B and C, and four at remote venues around Beijing (two covering hockey, one at the opening ceremonies and one up in the mountains in the Zhangjiakou Broadcast Centre). They are all connected to Calrec Artemis consoles in Stamford where there are five remote trucks and six control rooms mixing.

“It’s the first time a broadcaster has employed fully remote workflows for all its coverage from the IBC and it expands on the success of the remote workflows which took place in Tokyo last year.

“As I have network access to every console and RP1 remote production unit I am able to perform daily checks on performance and settings should anything have changed, such as reference sync or power supply issue; it ensures I am able to provide a very high level of support.

“This way of working has also allowed us to do something we’ve never done before either. Because we have a complete set of spares, I have been able to set up a clone of the system which will be doing the live broadcasts, so I have a complete hot spare system comprising of a RP1, IO boxes, H2 Hubs as well as Dante and MADI cards.

“In means I can use it for testing and for offline fault finding, I can clone a live system and double check potential issues using live backups, and it means I have spares which are pre-tested ready to go within seconds.

“But it’s also a great opportunity to provide training away from the live system for operators and for other manufacturers who have equipment which is up or downstream of the RP1. Training is always a big part of the job, and it’s a fantastic opportunity to do it when so many people are in the same place at the same time!”