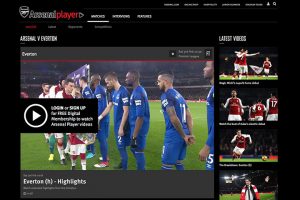 A surge in demand from sports brands has helped content delivery and digital product design company Ostmodern to increase its annual turnover by 49%.

Although no exact financial details were revealed, the company said that the significant year-on-year growth in 2017 came about through the addition of six new clients.

Ostmodern already works with BBC, ITV and Channel 4 as well as Arsenal FC.

Tom Williams, the chief executive and co-founder of Ostmodern, said: “Our approach to developing digital products, which has design, creativity and innovation at its core, is genuinely unique. We were delighted to see such a positive response to our technology in 2017.”

The growth coincided with a significant recruitment drive that saw 28 new full-time members of staff added to the Ostmodern team.

Among those new appointments was former Sport England account manager Heather Taylor who joined the company in September as head of sport partnerships.

Ostmodern opened a New York office in April 2017. Its US business is currently working with US partners on several global sports and entertainment brands.

The Skylark VOD content management system has proved to be particularly popular, the company said, with demand increasing across Europe, Asia Pacific and the US.

Turnover for Skylark, which is used by the BBC and News Corp, among others, is up 73% year-on-year.

Ostmodern has been Arsenal FC’s core digital partner across web, apps and OTT since 2010.