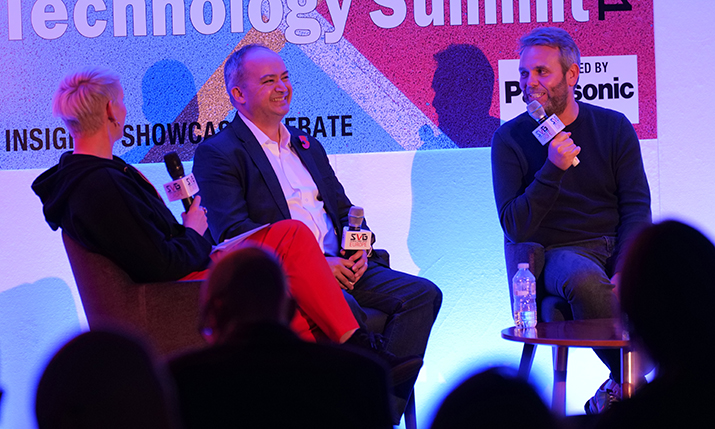 When the Olympics was cancelled last year, Ron Chakraborty, lead executive, major events at BBC Sport, had to decide whether to continue to plan for a rescheduled Games by sending an entire OB team or do it remotely.

Having deployed remote galleries for the PyeongChang 2018 Winter Olympics and for the Commonwealth Games on Australia’s Gold Coast, the corporation is used to having a production gallery back in the UK.

“We decided to bring operations back to the UK to manage the risk to the team of COVID,” said Chakraborty, speaking at SVG Europe’s Sport Production and Technology Summit last week, on a session chaired by SVG Europe editor, Heather McLean.

Two groups were set up; a set of 100 production and technical teams with some production management to go to Tokyo and the larger remote and presentation set up in the UK.

They had to stay nimble as the IOC released updates to the Games rule book on tests and visas in the run-up to the starting gun.

Back home, it quickly became clear that the BBC’s sports facility in Salford didn’t have a big enough ready-made studio or operations environment to handle the scale of an Olympics.

Luckily, dock10 did and it is next door. “We went across the road to dock10. It was a combination of them saying what do you want and us saying what have you got,” he recalled.

The biggest technical casualty was derailment of plans to broadcast at least some of the action in 4K HDR. The requirement to backhaul 4K streams back to the UK for production was deemed too costly in terms of bandwidth.

They had more luck with the studio presentation. “Usually, the plan is to give a sense of being there,” said Chakraborty. In Rio 2016 the BBC had a set-up on Copacabana Beach, for example.

“It was [BBC director of sport] Barbara Slater who pointed out that the time difference with Tokyo would mean that all our daytime output would be prime evening time over there. That would create a very dark background which wasn’t great. So early on we had decided on a virtual set,” he added.

The physical set design and build at dock10 was by Toby Kalitowski at design house Scott Fleary and the virtual studio was designed by Jim Mann at Lightwell with Moov executing production.

“The amount of work that went into the virtual Tokyo skyline alone was incredible,” said BBC Sport creative director, motion, John Murphy.  “It was still being tweaked up to the moment we went on air.”

Contribution was via 10Gb fibre connections managed by Telstra to the UK which connect into the BBC network in London and were then delivered to the MediaCity studios.

The main change was the temporary replacement of a router with enough capacity to handle 33 sports, plus ISO feeds and mix zone to deliver the live feed and segmented coverage to news and nations and regions.

“We put in a new router and promised to replace the existing one exactly as we found it,” said Murphy.

There were issues: commentators who normally rely on being adjacent to the field of play had to work from banks of screens. The Olympics Village remote camera was “okay, but lacked the energy” of an ENG crew.

“The amount of work that went into the virtual Tokyo skyline alone was incredible. It was still being tweaked up to the moment we went on air”

On the plus side, whereas a normal Olympic production would work with a handful of pundits on site, the BBC was able to pull in a wider variety of contributors live over Zoom.

“We were able to include relatives of athletes competing in Tokyo, seamlessly over Zoom and live in a way not possible had we done this even a year earlier,” Murphy said.

The Tokyo experience also provides a template for the Beijing Winter Games in early 2022; which is just as well since no-one wants to reinvent this wheel.

“The time-zones are similar so we’ll operate a similar catch-up editorial model,” Chakraborty explained. “Presentation will all be back here to manage risk.”

While the BBC does not have rights to the Olympics beyond 2024 (when UK rights revert to Eurosport) Chakraborty said that LA and Brisbane, the Summer Games in 2028 and 2032 “feel like remote” operations.

“Paris merits a big discussion,” he said. “Salford is two hours by train from London and so is Paris, so on balance the costs could be similar.”

Since the summer, the BBC has installed its own permanent, smaller green screen virtual set at the BBC Sport facility in Salford. It has already been used to host tennis and Match of the Day.

“Not everything we do going forward will be from a virtual studio but the fact that what we now have our own green screen studio in Salford gives us far greater flexibility to present multiple sports,” Murphy said.

On the other hand, the XXII Commonwealth Games, which run from 28 July to 8 August 2022, will have coverage hosted by the broadcaster in Birmingham.

Chakraborty said: “As much as you want to show off the virtual tech it makes sense for us to be there in the heart of Birmingham for that.

“I’d add that working with virtual sets is a lot of hard work. The problem is you need the launch date of the event to give you that end point. You can always tweak the design in Unreal. At some point you need to draw a line under it.”

In a separate session at the summit, Discovery testified about the services provided by cloud-based ‘media factory’ Wildmoka to aid its Summer Olympics effort.

“We produced 3500 hours of content over two weeks needing to reach 50 markets in 19 different languages,” explained Robert Hodges, director of audience and content strategy at Discovery. “We needed to make sense of that and distribute to a multitude of platforms.

“At the start of 2021 we looked at who would be the best provider to help us do that. What we didn’t want to do was take all the feeds and content and deliver it to a different platform, which creates its own complexities. We were looking for a tool to layer over the top of our global video platform.”

He continued: “I want to get all this content from A to B in all required aspect ratios to all different end points, including Eurosport’s digital experience on our app and our website which is localised in terms of language and content, alongside that of all third-party syndication platforms and rights partners. We don’t want multiple workflows. We wanted one that delivers the same content to all end points.”

Using the media factory from Wildmoka, Hodges said Discovery was able to train its editors and those of its media partners to select any feed in any language, clip the video and deliver it in the required format.

“The scale we were able to deliver in digital shortform was extraordinary. We discovered that we can onboard our partners in France or the Nordics and they can use the platform in the same way at no extra cost.”

Eurosport reached close to 400 million digital users across the two weeks of the Games. “From my simplified point of view everything worked. At no point were we not able to deliver clip A to destination B.”

Discovery says it is now looking at how it can go deeper with Wildmoka into automation, subtitling and integration with its internal platforms.