Sport reigns as the most-watched genre of content today, according to the 2019 Grabyo Global Video Trends Report.

The study of 10,000 consumers in seven markets showed that more people are now paying for online streaming services than pay TV, with more than 50% of people in the markets studied choosing to pay for an online video service. Meanwhile, 43% of consumers have cut the cord and are watching video most often on their smartphone.

Speaking from the Oval cricket ground in London, Gareth Capon, CEO at Grabyo, noted that since smartphones have come out, almost every demographic is using them for watching video. However, he said that the question to be focusing on, rather than what technology content is being viewed on, “is much more around frequency, preference and perception,” said Capon. “That to me speaks more about access, flexibility and choice than it does about what the content is necessarily.” 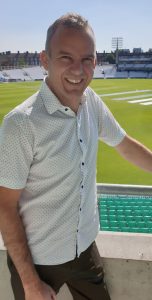 Grabyo’s CEO, Gareth Capon, at the Oval for the launch of the company’s 2019 Global Video Trends Report

On the genres of video, all the groups surveyed watch the most, sport was clearly at the top with 42% to 49% for each age group. Conversely, what attracts those age groups to videos on social media is not sport, which each age group placed at the bottom of the selection with only 10% to 13%.

The platform being watched reflected what those viewers wanted to see more of, however. Social media users look for specific types of content according to the platform. YouTube audiences tend to watch more long-form video content and want to see more in-depth sports highlights (30%).

Overall, on which content audiences want to see live-streamed on social media, the research showed that live sport is interesting to 13% of people, which was the second-highest preference after news at 13.8%. Audiences also want us to see eSport events live-streamed on social media with 4.5%, behind the scenes footage of celebrities, actors, and sports people with 7.7%, and live Q&A’s with the usual celebrities and also sports people with 6.6%.

Only 38% of global pay TV customers consume most of their video content on a TV screen, suggesting most pay TV customers are watching TV online, on demand, on a variety of mobile and streaming devices. The research concluded that broadcasters that fail to adopt a robust multiplatform strategy will struggle in the coming years. 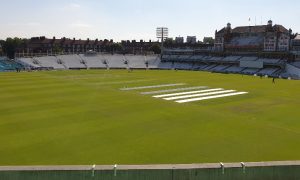 Capon went on: “You compare that to TV, and what TV generally has is really good content and really good service, scalably delivered, really reliable, and generally on a free to air basis which was a price point people liked! One of the challenges is pay-TV has become increasingly expensive, and sports is increasingly expensive, and the combination of those things [means] we’re at a tipping point right now.”

The tipping point Capon referred to is that while rights are aggregating primarily on the TV, they are expanding into OTT, but, “the overall business model hasn’t changed, and there’s a limited amount of flexibility because most of these propositions are still driven off the TV schedule primarily”.

Capon continued: “So when we extrapolate what people are looking at, they care about sports and entertainment, they care about flexibility of devices, they care about a price point that’s going to work but they want quality of service. I think that’s the point that OTT and the current world around mobile and social that still is challenging. Every live TV provider has had their challenges, DAZN included, and everyone from Facebook to YouTube; you won’t find an OTT provider out there in live sport, certainly, that hasn’t had significant technical challenges to its services.

“There are many fluctuations and variations in the infrastructure between the source of the content and you watching it on your phone or TV or connected device… but that’s a technology challenge that will get solved.”

Capon said he feels the market is now at an interesting inflection point, where quality of service can vary according to the available infrastructure, but people are demanding flexibility of the service at a good price, particularly in the sports market, “and that will have an influence on rights and business models, as it did in the music industry,” he noted.

While price is an important factor, the research showed that 18 to 25 year olds will justify their spend on services if video content is high quality and available in the latest HD formats such as 1080p/60, 4K UHD and HDR video across devices. Video quality is important for sports for this group. Meanwhile the 26 to 35 year old age group like convenience and access when choosing how to watch video, which reflects on the importance they place on availability on which devices they can use. They are also more focused on price than the younger generation.

The 36 to 49 year old category are driven more by price than younger groups, so they are interested in ad-supported services that are free. Finally, the baby boomers are focused on quality of content. while they are most interested in watching sport, film and news is more popular than in other age groups.

In the UK consumers are early adopters of technology and are the bellwether for consumers trends in media across Europe, the study said. However, although the UK pay TV market remains the strongest in Europe, consumers show a preference for online streaming. Grabyo’s research suggests that live video viewing will expand online in the UK in the next few years and start to grow rapidly on social media, as all audiences under the age of 50 show an interest in watching live streams on social and OTT. Broadcasters and publishers must get ahead of this shift and deliver live TV content, events, and experiences that are built for digital, warned Grabyo.

For British viewers, YouTube is the most popular media platform being used to watch video with 74% of the vote, while Facebook follows with 53%, Instagram with 30%, and Snapchat with 19%. Meanwhile TV series and clips with 81% won the most popular vote for the type of content being watched, followed by entertainment at 80% film clips and trailers at 71%, factual documentaries at 65%, news at 54%, and finally sports with 41%.

The US mirrors the UK’s preference for entertainment content at 77%, and sports coming in last in popularity at 40%. Also again, YouTube was the most popular form of social media platform to watch video on at 75% followed by Facebook at 56%.

On the social media platform Europeans are using to watch video on the most, YouTube comes in at the top with 82% of the vote. This is followed by Facebook with 54%. In Europe, while film clips and trailers led the most popular type of content viewed at 78%, sports came bottom at 44%.

Concluding, Capon said he believed that while current social media platforms provide good personalisation through algorithms, “there is much more to come,” he said. He explained: “Once you’re abstracted from the schedule [of linear TV] then you start to get into a world where you can create something that is very personal. But I don’t think it takes away from the power of live sport, because that’s what sport’s all about.

“If the World Cup Final is on and a billion people are watching, you do want to watch what everyone else is watching; you want to enjoy that shared experience and I don’t think that’s going away any time soon.”