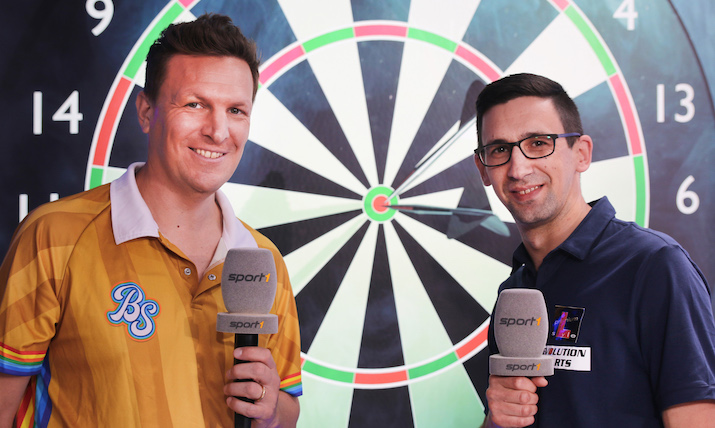 Sport1 has extended its co-operation with DAZN for five more years until 2026 and, within this framework, has acquired the platform-neutral co-exclusive broadcast rights in Germany, Austria and Switzerland for numerous major tournaments of the Professional Darts Corporation (PDC).

In addition to the World Darts Championship and Premier League Darts, the package, which incorporates live and highlight rights, includes the UK Open, the World Grand Prix, the European Championship, the World Series of Darts Finals and the Grand Slam of Darts. In addition, four top-class PDC Europe events per year are also part of the agreement.

Thanks to this expansion, Sport1 will show more darts than at any time since darts broadcasts started on the platform in 2004. A large proportion of the tournaments – including the World Darts Championship at London’s Alexandra Palace – will continue to be broadcast live on free-TV.

Olaf Schroeder, CEO of Sport1 Medien AG and chairman of the management board of Sport1 GmbH, said: “The continuation of our extensive darts co-operation with DAZN is another big and important step into a successful future for Sport1 after the acquisition of Bundesliga rights – and it’s great news for all fans. Together, we will continue to write the unique success story of darts in Germany. This fascinating sport has an extraordinarily positive image, the international stars are also celebrated as idols here, and the events are celebrated with enthusiasm. The potential in the German-speaking region is huge and the German players are also on a very good path. With our extensive coverage on free-TV and on our digital platforms, we will continue to push this positive development over the next five years.”

Barry Hearn, president of the Professional Darts Corporation (PDC), said: “The PDC would like to congratulate Sport1 on reaching an agreement with DAZN to transmit professional darts on their free-to-air channel for the next five years. We have had the benefits of Sport1 televising darts for a number of years and their coverage has been a major reason for the explosion of interest in our sport in Germany. The partnership between DAZN and Sport1 with regard to darts coverage augurs well for both players and fans of this great sport in Germany. The future is very bright!”

The final, with Peter Wright’s triumph over Michael Smith, was watched by an average of 1.65 million darts fans, with peaks of up to two million viewers. In addition, the live broadcast achieved a new record market share of 6.8 percent among total viewers. In terms of coverage, this is the second-best darts live broadcast of all time for Sport1 after the 2018 World Championship final. The coverage of #DartsWM on digital Sport1 platforms was also a success: overall, the live stream offers achieved more than 11.3 million views, more than ever before. Another record in the digital sector includes 13.8 million video views.

At the end of last year, Sport1 also launched a new e-learning offer with Phil ‘The Power’ Taylor. In Sport1 Academy – Darts, the record world champion and most successful darts professional of all time accompanies course participants in an exclusive training camp and teaches them how to improve their own darts game. In total, the online darts course contains 23 chapters with a total of three hours of video material. Sport1 Academy – Darts is available on the akademie.sport1.de platform.