Sports broadcasters are now able to ramp up their experimentation with live broadcasting over 5G as the UK now has 5G in six cities. Mobile operator, EE, part of BT and a sister company to BT Sport, has launched the first 5G network in Britain and is working with BT Sport and other broadcasters to continue to develop 5G to create a standardised, broadcast grade network suitable for live sports broadcasts. 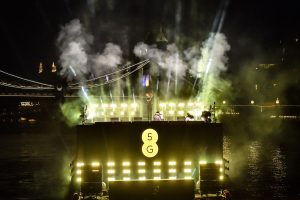 As EE kicks off its 5G network across six UK cities, grime-star Stormzy performs in front of Tower Bridge in London, and is live streamed over 5G

The network, currently available in London, Cardiff, Edinburgh, Belfast, Birmingham and Manchester, is built on top of EE’s 4G network; consumers can connect to both 4G and 5G at the same time to get the best possible experience, even in the most crowded areas.

However, Matt Stagg, director of mobile strategy at BT Sport and also lead of EE’s strategy for delivering 4G and 5G networks for the media and broadcast industries, told SVG Europe this iteration of EE’s 5G network is consumer-ready, but not broadcast grade as yet.

Stagg explained: “The 5G network we now have is developed for consumer downlink capability, but we are still developing the uplink and broadcast capability. Now the technical work of increasing the uplink for a broadcast grade network, including the use of network slicing, is the next stage in this journey to revolutionise the sports broadcast industry.”

Stagg stated: “We’re still developing the roadmap but after the consumer enhanced mobile broadband offering, broadcast is the most well-defined use case for 5G. We have research and development at BT aimed at this to bring it to the sports broadcast industry as soon as we can.” 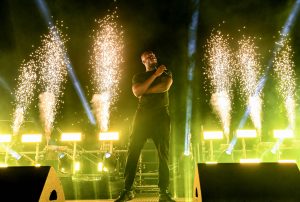 There are two main broadcast use cases that Stagg has pinpointed for the evolution of the new 5G network: news and sports. However, he said: “Breaking news is very different from an eight-camera production. We are partnering with the BBC in news broadcasts; this morning the BBC reported on the story of EE’s 5G network being launched over 5G connected cameras.”

With 5G now available across six cities, Stagg said sports broadcasters, as well as BT Sport, can use the network to run trials more easily, without having to set up special projects in order to test 5G. “We can develop the technology, usage (including into more sports,) and give directors the capability to really create and be able to innovate by taking advantage of untethered cameras to really bring the fan into the heart of sport.

“It’s not a trial network now; 5G is here and we can use our relationships internally here at BT Sport to continue to develop it for broadcasters. Broadcasters can work with EE to experiment and develop the technology according to their requirements to make it fit for purpose, so if something’s not right and we need to go back to the standards bodies to correct it, that’s what we’ll do,” continued Stagg.

He went on: “We are making sure this is a global broadcast media opportunity; fragmentation and bespoke networks don’t scale, so we’re using our relationships to make sure we have standardised broadcast grade networks. It will be a while before we have a full broadcast grade 5G network, but now we can do a lot more trials. We’ll be doing a lot more tests at BT Sport, trailing the technology in different locations to develop the broadcast product in the right way.”

The mobile operator expects consumers to experience an increase in speeds of around 100Mbps to 150Mbps even in the busiest areas. Some customers will break the one gigabit per second milestone on their 5G smartphones. In comparison, the fastest speed possible when EE launched 4G in 2012 was just 50Mbps.

In addition to the six launch cities, in 2019 EE will also be introducing 5G across the busiest parts of Bristol, Coventry, Glasgow, Hull, Leeds, Leicester, Liverpool, Newcastle, Nottingham and Sheffield. And in 2020, ten more towns and cities will get 5G sites: Aberdeen, Bournemouth, Brighton, Cambridge, Dundee, Exeter, Ipswich, Norwich, Plymouth and York.

EE outlined its plans on 29 May before a concert by grime-scene legend, Stormzy, in front of Tower Bridge in London. Fans in attendance and those tuning in online saw history in the making as the Glastonbury 2019 headliner’s performance became the first event of its kind to be live streamed over EE’s new 5G network, which was hosted by Radio DJ, Clara Amfo.

Using the latest 5G and remote production technology, EE broadcast the event on Facebook, Twitter and YouTube to thousands of fans across the UK, while fans in each of the other five launch cities were treated to the best seat in the house via a 360 degree virtual reality (VR) experience.

It is the mobile operator’s ambition to offer choice with the best content, smartest devices, and the latest technology, through best in class partnerships. As part of this, EE is partnering with some of the world’s leading manufacturers to offer the UK’s largest range of 5G smartphones.
Now consumers and businesses can order the new devices, including smartphones from Samsung, OnePlus, LG, Oppo and Huawei, a mobile broadband device from HTC, and a 5G home broadband router from Huawei.

EE has launched new 5G plans with Swappable Benefits for customers. All 5G customers will get two Swappables from a choice of five, including the BT Sport App HD HDR access for the best possible video quality, Gamer’s Data Pass, Music Data Pass, EE Video Data Pass, and Roam Further Pass, which they can swap in or out anytime they want. Customers taking the 120GB plan will get three Swappables, worth up to £33.99 per month.