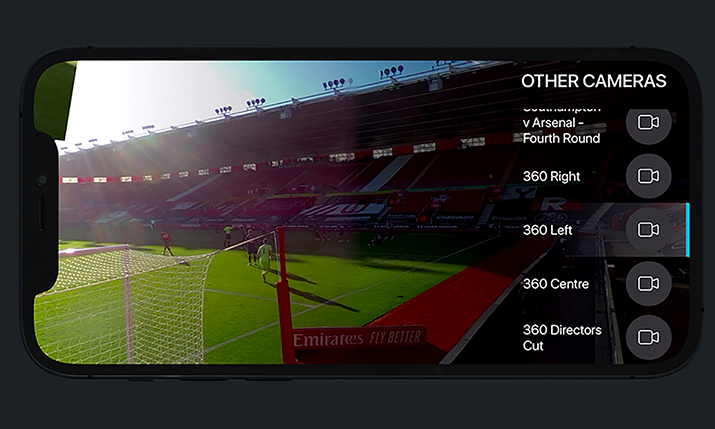 BT Sport, BBC Sport, NBC Universal and Riot Games were among the winners at a sports-dominated IBC 2021 Innovation Awards.

Announced on IBC Digital, the awards celebrate collaboration and innovation within the content and technology industry, where organisations identified a market challenge and worked together to create a solution.

The IBC 2021 International Honour for Excellence, IBC’s highest accolade, was presented to Barbara Slater, BBC Director of Sport. She is the first woman to hold the post and a pioneer for women in sports broadcasting worldwide.

On receiving the award, Slater said: “Technology has paved the way for extraordinary quality and an extraordinary range of choice that audiences can now enjoy.”

“On a personal note, I want to mention the momentum we now see behind women’s sport, and I’m incredibly proud that BBC Sport has been a part of that because we now see women athletes celebrated in a way that they should for their achievements.

BT Sport won the Innovation Award for Content Everywhere for developing new technologies for the BT Sport App to recreate the matchday experience for live sports fans watching their favourite teams at home.

Jamie Hindhaugh, COO of BT Sport thanked the project partners for their support, saying: “I must also call out our community of fantastic partners Second Spectrum, Sceenic, Visualise, Tiled Media, Deltatre, Moov and Opta. Thank you to them, and thank you to IBC for this award.”

The DFL (Deutsche Fußball Liga) were also nominated in this category alongside Mediapro and Sky Sports.

Riot Games won the IBC 2021 Innovation Award for Content Distribution for being the first organisation in the world to use JPEG XS compression for two major trans-Atlantic esports tournaments.

IBC chose to present a special award to NBC Universal for its technical work around bringing the Tokyo Olympic Games to its audience and offering them the chance to enjoy live action in Ultra HD: 4k resolution, high dynamic range colour and Dolby Atmos sound.

While production processes for recorded, scripted content in Ultra HD are now well established, NBCUniversal has led the way in developing the necessary technology for single-stream production workflows in sport.

NBC Universal covered the whole content pipeline, from acquisition and management of 4k content in the HLG colour space to a new version of its Skypath distribution system, ensuring the Ultra HD versions were made available to more than 200 local TV stations across the USA. This ensured that the full 4k, HDR, Dolby Atmos Ultra HD experience was available to 70% of the country.

The IBC 2021 Award for Best Technical Paper went to a large team from BBC Research & Development, for their contribution Stronger together: cross-service media recommendations.

The aim of the paper is to present consumers with a single portal to multiple media sites, with intelligent references between services.