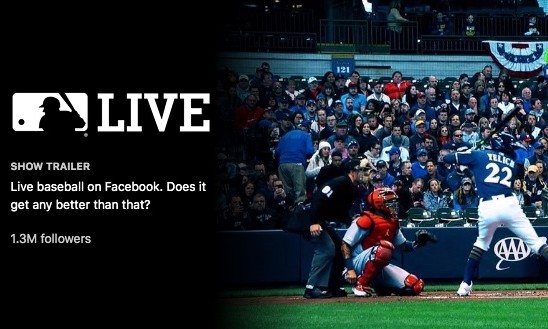 Facebook is attracting 140 million people to its Watch service each day, the social network has claimed, with sport playing a crucial role in this success.

In an article authored by Paresh Rajwat, the director of product management, and Matthew Henick, the head of content planning and strategy, Facebook Watch is said to be welcoming 720m people each month from around the world, and 140m per day.

These visitors watch at least one minute of content, the article said, with daily visitors said to spend more than 26 minutes in Watch on average.

Rajwat and Henick highlighted the global partnerships that have been formed with sporting organisations including the International Cricket Council (ICC) and Australia’s National Rugby League (NRL).

The NRL, along with its antipodean counterparts the Australian Football League (AFL) and Cricket Australia, are showcasing a range of sports content that includes match highlights, live original programmes and wrap-ups.

In the US it shows live coverage of Major League Baseball while it has the right to show La Liga football in India and the Premier League in various parts of Asia.

In an interview with SportTechie towards the end of 2018, Facebook director of global live sports partnerships and programming Peter Hutton acknowledged that Facebook is still trying to find its place in the sports TV market.

He said: “It’s clearly a period where sports consumption is changing, and we’re a big part of that consumption change. But we need to learn where we’re going to end up in this route. Sport is a natural fit with Facebook, it’s just ‘How do we fit? Where do we invest? Where do we look and prioritize?’ That philosophy will shape over time.”

As well as on the Facebook Watch website, content can be viewed on iOS and Android mobile devices, Apple TV, Samsung Smart TV, Amazon Fire TV, Android TV, Xbox One, and Oculus TV.