Sports Personality of the Year 2018: BBC Sport prepares for the “most complicated show” on TV 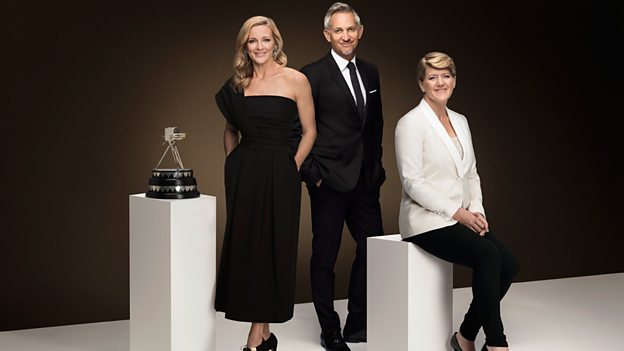 Part sporting review of the year, part awards show, part light entertainment extravaganza; the BBC’s Sports Personality of the Year (SPOTY) is unlike any other live event on TV.

65-years young, it features beautifully produced VTs, ambitious live music performances, a plethora of sporting superstars and an in-arena audience of 12,000 people – not to mention a highly significant and often argument-provoking public vote, a red-carpet entrance and a whole load more.

All of these different facets added together make SPOTY one of the most complex shows on British television to produce.

That is certainly the view of SPOTY executive editor Carl Doran, who, alongside show director John L Spencer, chatted with SVG Europe ahead of the Sunday 16 December show.

The duo were unanimous in their verdict: this is no ordinary production.

“On a general level, I would say it is the most complicated show I’ve been involved with,” insists Doran, who has worked on plenty of involved shows in his career including Sport Relief.

“This year’s SPOTY is as complicated as ever. We certainly haven’t made it any easier for ourselves.”

“In my opinion, it’s the biggest show of the year. That brings an extra pressure. But if you can’t enjoy a show like this, then I think you’re probably in the wrong business.”

2018’s edition is once again presented by Gary Lineker, Clare Balding and Gabby Logan and will be broadcast live from the Resorts World Arena in Birmingham.

The music this year will be provided by Paloma Faith, George Ezra and the Lightning Seeds with the latter performing a special version of ‘Three Lions’.

“They’re not standard music performances,” continues Doran. “These are bespoke performances. [For the VTs], we try to make them as special and creative as possible. There are lots of different elements in SPOTY that are extremely creative and complex. It takes an awful lot of planning and rehearsals.”

And it’s not just pop stars and pop songs that the production team need to worry about.

“We’re dealing with A-list sporting talent too, some flying in from all over the world. Others might be playing that weekend,” he adds. “Things can go wrong.” 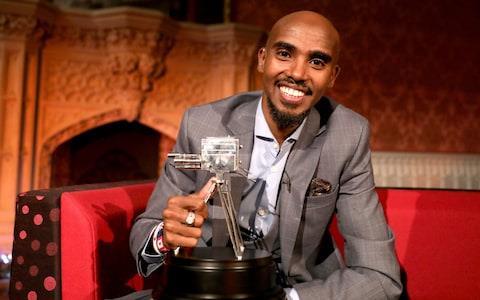 It’ll be alright on the night

It’s not unfair to say that, occasionally, things have gone wrong in the past for SPOTY.

In 2010, snow caused havoc, preventing audience and celebrities alike from attending. While in 2017, athlete Mo Farah won the main award (pictured, above) but had his big moment cut short by a technical glitch.

This should come as no surprise, however, as it is a live show after all. And not everything in a live show goes to plan.

One thing that you cannot put it down to is a lack of preparation.

The crew do a full rehearsal on the Saturday and two further run-throughs on the Sunday before the show.

“The technical issue at the end with Mo [Farah], that happens in live TV. We do everything to ensure that it doesn’t happen.”

“Every attempt is made to make it as smooth and slick as possible,” says director Spencer. “But live TV can go wrong.”

“We’ve got a really top strong experienced team behind the scenes that will do everything to ensure things go smoothly,” chimes in Doran.

“Of course, as with last year with the technical issue at the end with Mo [Farah], that happens in live TV. We do everything to ensure that it doesn’t happen. And we will do this year.

“I wouldn’t want the programme to be pre-recorded and shown as-live. The fact that anything can happen, and sometimes does happen, is part of the appeal of the programme.”

Turn and face the strange

While SPOTY is broadly similar to last year, some changes have been made to the awards format.

For the first time, the contenders that are nominated to be crowned BBC Sports Personality of the Year 2018 will be announced on the night of the show. There will be fewer names in the running too with a shortlist of six likely. 12 contenders have been considered in previous years.

A new award, the Greatest Sporting Moment of the Year, is also being added. The great British public will choose the winner of that too.

“Every year we look back at the programme and evaluate it,” explains Doran, discussing the changes. “We’ve made tweaks every year. This year we’ve probably made more changes than normal.

“We are very confident, not complacent, that we will retain [SPOTY]. But our main focus is to produce as good a programme as we can this year.”

“We’d not looked at the awards in detail for a while and just wanted to really make sure they were all relevant and that the show itself was as good as it possibly could be.”

Announcing the contenders on the night should give the programme “an exciting start”, he adds.

“For me, having been involved with the programme for a long time, we felt that the show had become more about the contenders than an actual review of the year in sport. This year has been such an extraordinary year, with the major events that we’ve had, so we’ve looked to change it and gone for a shorter list, aiming for six.

“That will give us time to still have a diverse look at everything that has happened this year but really focus in on the major events as well.” 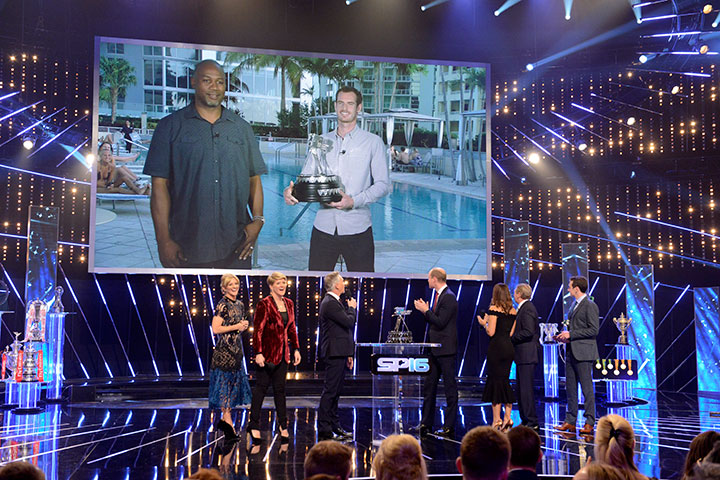 From a production perspective, Spencer describes the set-up as being “essentially the same set as last year” although it’s been “moved on”.

“The set is the same but we’ve added more screens to allow for more graphics elements. There’ll be more lighting too. We’ve actually built an additional stage to house the music performances. Everything moves on.”

An additional tower camera has also been added to provide extra coverage of the stage. This will dovetail with an inverted tower camera that flies across the back of the set and “gives you those amazing reverse shots,” as Spencer puts it.

“We’d not looked at the awards in detail for a while and just wanted to really make sure they were all relevant and that the show itself was as good as it possibly could be.”

As with previous years, a Supertechno crane will be used on one side of the stage with a 30ft jib at the back. There will also be a rail cam.

“We’re well covered to do anything that we need,” says Spencer.

In addition, the orchestra has been given a year off and it may be that less outside broadcasts are required.

“We hope that all, or the majority, of the contenders will be in Birmingham on the night,” says Doran.

“But the standby is that we will always have every contender live during the show. With fewer contenders, we will hopefully have less OBs. That is a decision we will make once we know where everyone will be on the night.”

Although it doesn’t appear to be fazing either Doran or Spencer ahead of the show, the facts of that matter are that this could be the last year that SPOTY is produced by BBC Sport.

In September, it was announced that the show will be put out for competitive tender, allowing external production companies the chance to pitch to make the show.

The move is part of the BBC’s Charter requirement to open up more of its TV programmes to competition.

BBC Sport will pitch for SPOTY and will be favourites to retain the contract.

Doran isn’t treating SPOTY 2018 as a job interview, however.

“Obviously it will go out to tender,” he says. “We are very confident, not complacent, that we will retain it. But our main focus is to produce as good a programme as we can this year.”

With a following wind (but no snow), there is no reason why they can’t do exactly that.

“I want it to look as spectacular as possible,” concludes Spencer.

“And for everyone to enjoy it. In my opinion, it’s the biggest show of the year. That brings an extra pressure. But if you can’t enjoy a show like this, then I think you’re probably in the wrong business.”

BBC Sports Personality of the Year will be live on BBC1 on Sunday 16 December from 7pm.

Tale of the tape 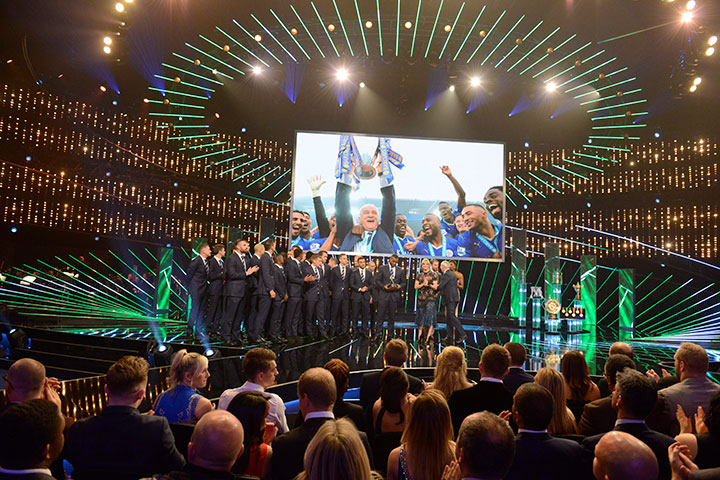