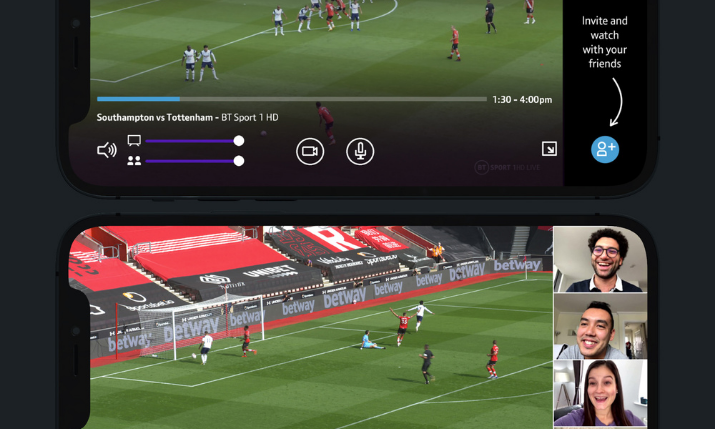 The BT Sport app has gone from strength to strength over the last 12 months, introducing a range of new matchday features to help fans through an extraordinary year of sport, resulting in them being shortlisted in the ‘Outstanding OTT Experience’ category at SVG Europe’s prestigious Sports TV Awards 2021.

BT viewers have been able to enjoy football with friends and family during lockdown with the Watch Together feature which allowed them to see and talk via split-screen during live matches, watching either on their phones or casting onto the big screen, both in Dolby Atmos 4K HDR. Fans could easily invite each other to join games using their social media accounts and could watch in groups of up to four, with more than 150,000 having used it over the last 12 months.

Watch Together formed part of BT Sport’s wider Matchday Experience OTT offering which fused the latest developments in mobile devices and network speeds, alongside pioneering uses of AR and synchronised video to get viewers closer to the action than any other provider in the UK, offering exclusive stats and behind-the-scenes content, including an all-new ‘Manager Mode’ which was both informative and fun.