SportTech 2017: Blackmore and Chenery to discuss Joshua vs Klitschko production 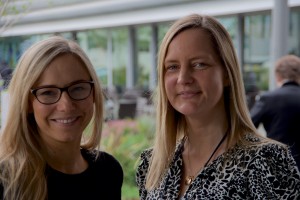 Director Sara Chenery will take part in a case study session at SportTech 2017 on June 7, looking back at the production of the recent Anthony Joshua vs Wladimir Klitschko world title fight at Wembley, in conversation with SVG’s David Fox.

With almost every country in the world looking on, the Joshua vs Klitschko heavyweight world title fight at Wembley Stadium was more than just a boxing match, it was an international event. It was also one of the biggest pay-per-view productions Sky Sports has ever offered, so pressure was on the production team to deliver a special experience.

Among the many challenges faced by Blackmore and Chenery was the unpredictability of boxing, meaning Sky Sports had to stay to a strict schedule across seven bouts, any or all of which could end in the first round or go the distance. Wembley Stadium is mainly designed for watching football, so to stage a boxing event in the middle of the pitch presented its own set of issues. Space is tight, meaning it is not always possible to bring in all the trucks a broadcaster would wish for: careful planning must overcome such space limitations.

SVG Europe is pleased to be able to bring you a unique insight into what proved to be Sky Sports biggest ever fight night production. Register now for your place at SportTech 2017 at Emirates Stadium, home of Arsenal FC, on Wednesday June 7: https://www.svgeurope.org/sport-tech-europe-2017/