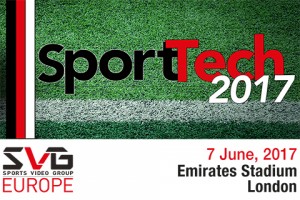 A wide range of innovations across UHD, live VR, immersive audio and streaming media services will be implemented for the UEFA Champions League Final in Cardiff this weekend – and just four days later, at SportTech 2017 at The Emirates Stadium, leaders from UEFA and BT Sport will tell SVG Europe’s audience how it all came together and played out at the biggest one day event in the sporting calendar.