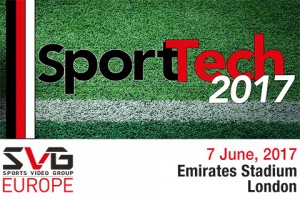 With a gigantic production undertaking across HD and UHD and a raft of innovations in broadcast and digital, the UEFA Champions League Final in Cardiff on June 3 will provide a major football showcase for UEFA and Host Broadcaster BT Sport. At SportTech 2017, BT Sport Chief Operating Officer Jamie Hindhaugh, Chief Engineer Andy Beale and UEFA Senior Digital Broadcasting Manager Olivier Gaches will provide a close-up view of all key innovations in conversation with SVG Europe Executive Editor Fergal Ringrose.