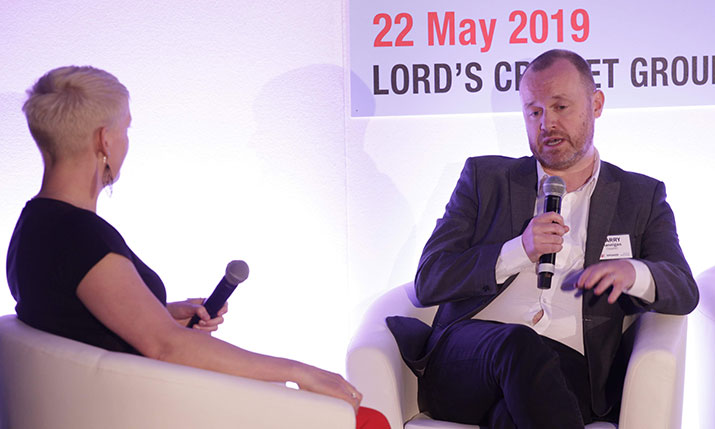 At SportTech 2019, Copa90 chief product officer and general manager Barry Flanigan took delegates inside the hugely successful football media business, revealing how it found its USP in what is an overcrowded market by turning the camera away from the pitch.

“You to go traditional media to find out what has happened in a game,” he told a packed auditorium at Lord’s cricket ground on 22 May 2019.

“You get the scores, the stats, the line-ups. But you come to COPA90 to understand how you feel about it. It’s that emotional connection with the game. We cover fan culture and that is what matters to a young fanbase in particular.”

COPA90 is a hub for that global football-obsessed youth culture.

Starting out as what Flanigan calls a “scrappy” YouTube channel in 2012, it has since become a distributed network across every social platform, from Instagram, Facebook and Snapchat to Weibo and VK.

“Our audience wasn’t passive. They were interacting. They wanted to be involved in the content. We recognised there was an opportunity to scale things across every platform that matters to young fans.”

The company is now building out its owned and operated channels too, with a distribution network of more than 200 publishers, influencers and broadcasters worldwide.

Unlike many Fan TV-type offerings, the central premise for COPA90 is around storytelling.

“If we are making a piece of content it’s got to be entertaining, it’s got to have a central [narrative],” he said. “What we are not trying to do is just make fan content for the sake of it.”

Following launch, COPA90 very quickly found that it had developed not just followers and viewers but a fan community.

“Our audience wasn’t passive. They were interacting. They wanted to be involved in the content,” he continued. ” We recognised there was an opportunity to scale things across every platform that matters to young fans.”

And that is precisely what COPA90 has done. Fast forward to 2019 and the media business creates roughly 2,000 pieces of content per month and gets between 200 and 300 million video views across that content. But the premise has stayed the same. Fans are still at the centre. They submit video and they even suggest which stories to tell.

What started as a casual relationship is now much more formal as COPA90 has looked to harness the opportunity. The upshot is the COPA90 Creator Network.

Flanigan said that the idea is to “empower a generation of young fans to tell the stories that matter to them. There are about 4,000 fans now. They are the fan engine at the heart of the business,” he added.

The fan content on COPA90 can be anything from supporter reactions when a goal is scored to longer-form authored stories with high production values that mainstream media wouldn’t cover.

For the former, the important thing is getting near real-time content: action that occurs when games are on.

“That content is less about the quality, it is about capturing the moment,” said Flanigan.

Up for the cup 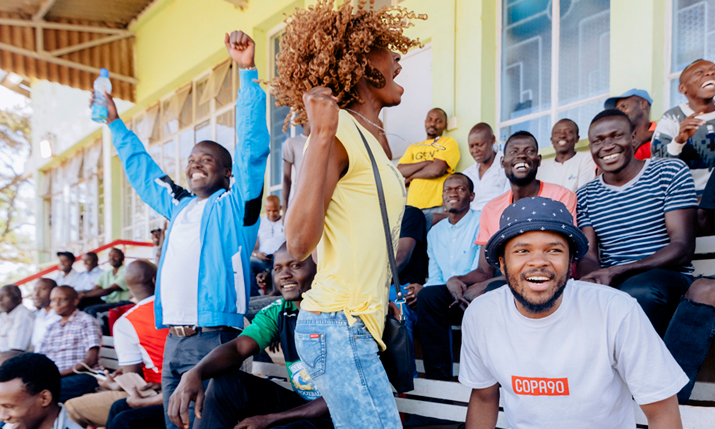 In Russia, during the 2018 World Cup, when Germany were eliminated from the tournament, COPA90 had fan creators in Berlin, in Mexico City and at the game itself.

“With that type of content, you cannot plan for it in advance. It is all about what they send to us. They send it to us very quickly and then, within our system, we manage their content, harness it and publish it.”

The other type of content is the long-form filmmaking. For this, the company runs the COPA90 Commissions Programme. This offers a financial grant for fans to tell stories that matter to them.

Flanigan cited two examples: a film about football in Palestine and a story about amputee football.

“It’s a bit of a myth that young people don’t want to interact with content that is outside of the big teams, big players and big leagues,” he argued.

“If the storytelling is strong, and if it’s told in an authentic way, then young fans will watch it. If you can deliver it on the right platform then you can really drive engagement.”

The 2018 World Cup was a particularly significant event for COPA90.

“We tripled our output, publishing about 6,000 pieces of content,” continued Flanigan. “We had a production HQ in Moscow and then teams roving around Russia. We also had a team in Latin America, capturing the moments for the teams there. London, LA and New York also had teams working on content. We scaled our views, doing about 750m.”

Perhaps most significantly, the company also experimented with taking COPA90 beyond digital and into the real world and what Flanigan describes as an “experiential space.”

“One of the things that was hugely successful was our Moscow HQ,” he revealed.

“We turned it into a fan venue that we called the COPA90 Clubhouse. We did match screenings, live events, DJ parties, exhibitions. That became a place where fans were hanging out with COPA90.”

A book was also launched, along with a range of merchandise.

“It was a great example of where we drove scale in terms of people watching our video but, almost as important for us, we took the brand into different places where we could interact with our fans.”

The Women’s World Cup, currently taking place in France, is another big event for COPA90.

Again, it is running a Clubhouse, this time in Paris, and there will be at least four creators covering each game: two at the ground and then one in each of the fan venues and fan parks back home.

“Women’s football in general and the World Cup, in particular, is a real moment in time. It’s been an area of the sport that has been underserved and under-represented in media. But you’ve got this fantastic fan culture of its own. You’ve got brilliant athletes and the quality of the game has never been higher. What we want to do is cover that in a COPA90 way. Everything we learnt at the Russia World Cup we’re putting into play in France.”

The company has also launched a podcast for the tournament. Football Inside Out is a daily football entertainment podcast that is described as “bringing the world of football to life for fans across the planet.” Hosted by Heath Pearce and DJ Monk, it will follow all 31 days of the Women’s World Cup.

Away from the major tournaments, COPA90 is also looking to own and operate channels.

“What we’re not trying to do is fall into the trap [that some publishers have fallen into] which is slap everything behind a paywall or put in an app and expect people to subscribe to it.

“Part of what we’re doing is how we develop out our web properties, we’re looking at app strategies, and how we build the supporting infrastructure around that from MAM in the cloud through to video platform management.”

COPA90 will be able to leapfrog its media competitors by jumping straight to cloud-based infrastructure for this, he opined. The company is working with BASE Media Cloud and Signiant to make it happen.

“Unlike a traditional media business, we’re not trying to migrate off a legacy infrastructure. We can build it in the right way from the start.”

Speed is crucial, he concluded.

“For our type of fan content, it is important that it can come in, be tagged with the appropriate metadata and delivered out on the right platform at the right time, really quickly. We have great opportunities to not spend too much money on cap ex and to build things in a much leaner way in the cloud.”