Speed is key to most sports and also to the production of fast turnaround clips and near-live highlights for the web, mobile and social media. It is an ideal way of engaging with fans, but getting it both right and fast is tricky, according to a lively panel session at SportTech 2019 in London on ‘Perfecting Your Short Game: A Sports Clipping and Highlights Creation Masterclass’.

Clipping helps “create engagement where there is none,” said Daniel Hart, senior producer, Input Media. For example, in the FA Cup Final, a goal was scored by a Brazilian, but not many people were watching in Brazil.  They might see it on Twitter, however. “It’s tapping untouched markets.” 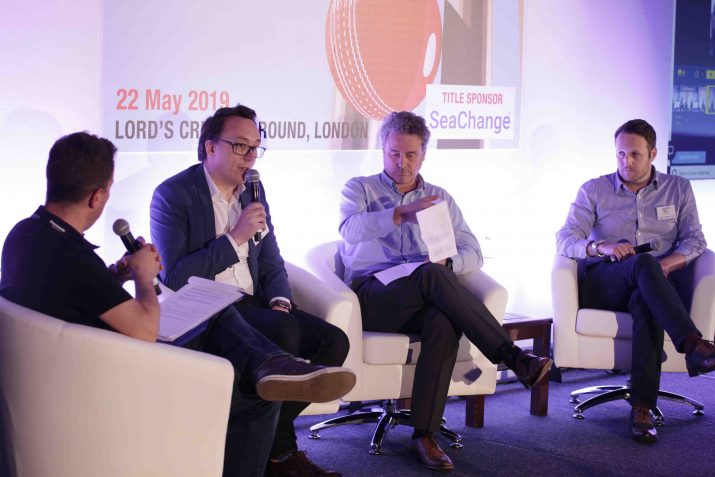 It is also useful to grab the attention of existing users, added Scott Miles, content distribution manager, Sky Sports. “We want to offer content in as many ways as we possibly can,” he said. “The more we put out on social channels, on our apps and the website, the more revenue we’ll get from ads, etc. It’s just about driving the message home. We want to give people the content they want, when they want it, wherever they want it.”

This content is “crucial in many ways. It’s another way to monetise your sports content. Rights are becoming very expensive, so it’s important to monetise that content in new ways,” said Sebastien Audoux, head of sports, Canal OTT.

Previously, rights would be exclusive for a territory. Now, they may not be. For example, with Formula One you may be competing with the F1 Facebook and Twitter accounts, “so if you really want to own the rights that you’ve been buying at such a high price, you will need to make a lot of content available for your consumer,” he added.

“Even if you have premium content, you need to be able to broadcast these type of clips to all the social media,” said Matthieu Loreille, chief marketing officer, Wildmoka.

For the current Roland Garros tennis, Wildmoka is ingesting livestreams from 19 courts and outputs all courts on OTT for France Télévisions as well as doing automated and manual clipping and posting clips on social media.

Success on social media can be immediate, and easy to track. “It gives you a clear indication of where and who is watching,” said Hart.

In the last three years with digital rights for the Premier League, Sky has seen considerable success, doubling its views from season one to three. It doesn’t just measure how many social media plays, but also how far through the video is played, and it acts upon this data to improve its views.

Clips are also a good way of engaging younger generations. Audoux’s son doesn’t follow any football teams, but he does like trick plays and goal celebrations, so this type of content can draw him in.

The need for speed

Twitter posts can be done in seconds, said Miles. It can take a few minutes for Sky’s own apps, “but there are benefits to that. We can edit more. We can be more accurate. It also gives us the ability to send push notifications to our viewers and drive them towards the content.” While it takes a bit longer, it adds value.

For social media it uses the Grabyo platform, and occasionally SnappyTV. “It is very simple [stream] in, out, publish to Twitter – blurb around that.”

For its apps, it runs an edit suite for each Premier League game outputting digital fast turnaround content plus match highlights, and supplementary edits for magazine shows, running off EVS CleanEdits. Any video files leave the suite with associated metadata, which drives push notifications, to say who has just scored, for example.

Canal OTT uses Wildmoka to publish on every target (social media, YouTube, Daily Motion – which is also part of Canal+). “We are also publishing to MyCanal in almost real time through Wildmoka, so we are able to publish in seconds on every platform using that,” said Audoux.

Some of the process can be automated, “but at some point you need a human being, but obviously you’re getting more and more help through AI.”

A lot of Wildmoka’s customers have separate broadcast and digital teams, but are now asking it to allow more synergy between those teams, said Loreille. So, now it has worked with Avid to integrate its platform in to the Avid Media Central and to leverage the digital efficiency and AI into broadcast. As he demonstrated during the session, it makes it simple and quick to publish clips to Twitter and Facebook.

Input Media uses EVS and IPDirector to push into Grabyo, using human selection. “It’s part of what’s going to make a decent clip,” said Hart. “The most rewarding clips in terms of numbers seem to be things that are a little bit funny, a little more off the wall.” An example was Manchester United’s manager asking Alexis Sánchez to vacate his seat in an FA Cup match. “Within half an hour it had picked up millions of views and was by far the most viewed thing that we did. So, you need a human being to spot that.”

Clipping has moved over recent years from a stand-alone digital offshoot to being part of the broadcast setup, “and we’re trying to push that through more and more. We’re using producer/editors to drive a lot of our clipped content and it is generally only the Premier League, the premium content, that we are running through the traditional setup, because of the efficiencies we recognise around the long-form content that goes with it,” explained Miles.

Having clips as part of the main process “works nicely, because we’ve moved our written journalists into the same teams and they can work a lot closer together” to create clipped content.

There can be issues when you have lots of people working on multiple platforms in multiple edits, and Audoux mentioned a case where someone working on the Cannes Film Festival used a sports template to publish a Brad Pitt clip, which seemed strange to come from a Formula One account. However, this will always be a risk when people can publish on 50 different accounts on a variety of social media.

Another problem is making sure everything is in the correct format and aspect ratio for different media and devices. “You need to do that properly. I’ve seen rights holders who are pretty good at putting things on Facebook in square format, but if you are not pan/scanning you don’t get the score. Sometimes I’ve seen clips on Facebook where you don’t even get the ball going through the net in a basketball game, which is a bit crazy.”

“I’d rather post in 16:9 until I’m sure that I can post properly in square format,” said Audoux. “Obviously, other people will think: ‘the reach is so much better in square format that we need to use square format now,’ even though we are not ready for it.”

With tight turnaround times, Sky aims to avoid disasters. “We work so hard on testing and upgrading and will continue to do that throughout the Summer, particularly with our Premier League distribution where we’re distributing around the world there is no time for a check,” said Miles. “We create a piece of content, we create the metadata to go with it, it goes off, and it’s in 50 nations before we know it. If I then spot that the person that’s been named as the scorer isn’t on the pitch, it’s a little bit of a worry. We have to update that as quickly as possible.”

Thanks to dedicated and hardworking staff there are rarely problems, but if there are any further speed gains to be made (and “we really are dealing in seconds”), it can only be done incrementally and by “breaking our measurements down into components and seeing where can we gain and where is the risk in doing that,” he explained.

Hart has “not had any major problems,” either in terms of speed of delivery or “editorial clangers”.