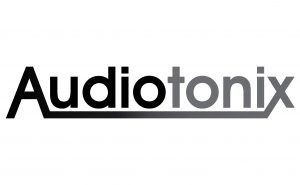 In a move that is set to significantly strengthen the global presence of Audiotonix, the console group – already home to DiGiCo, Calrec, Allen & Heath and DiGiGrid – has announced its acquisition of Solid State Logic (SSL). The iconic console brand was formerly majority-owned by singer, songwriter, musician and activist Peter Gabriel, who has decided to invest some of the proceeds of the SSL sale into Audiotonix.

Gabriel’s long association with SSL reaches back through the making of iconic albums such as So (1986) and Us (1992). He became majority owner in 2005 in a deal that was announced at that year’s AES Europe show.

“My relationship with SSL began as a user, a customer and then as part owner,” says Gabriel. “SSL has always made wonderful innovative equipment that encourages creativity and I got involved because I never wanted to imagine a world without SSL. It is obvious with this sale that there are many in this growing Audiotonix group that are as nuts about new tech and good audio as we are. Each manufacturer has their own particular markets, strengths and idiosyncrasies but through collaboration, there will be a lot of opportunities to spread knowledge and skills to benefit the group as a whole. I am also excited by what could be created by all these new potential synergies so I have chosen to use a chunk of the sale money to invest in this newly expanded version of Audiotonix. I wish Audiotonix and all who now sail in her, every success.”

Antony David, MD of Solid State Logic, added: “I am very proud of the achievements our team have made to date with the expansion of SSL. To reach our full potential we need the support and resources of a larger group to help us achieve our aspirations. In Audiotonix we have found a partner that is as fiercely obsessed about audio, products and customer service as we are. Audiotonix’ success in investing in and nurturing similar audio focused businesses was crucial to us. Once we got talking, we quickly discovered that this was something we both wanted to happen.”

James Gordon, CEO of Audiotonix, commented: “We are growing the Audiotonix Group with professional audio brands that have exceptional technology, committed people and a real passion for what they do. With their incredible history and reputation, their enthusiasm and loyal customer base, SSL is ideally placed to be the next partner in the group. The whole group will benefit by having SSL as an integral part of the team going forward. Having their help to further expand our international reach, technology and customer base will be a lot of fun.”

More details of the new arrangements are expected to be revealed early in the new year and will be covered in detail on both the SVG Europe site and the Audio Insider newsletter.