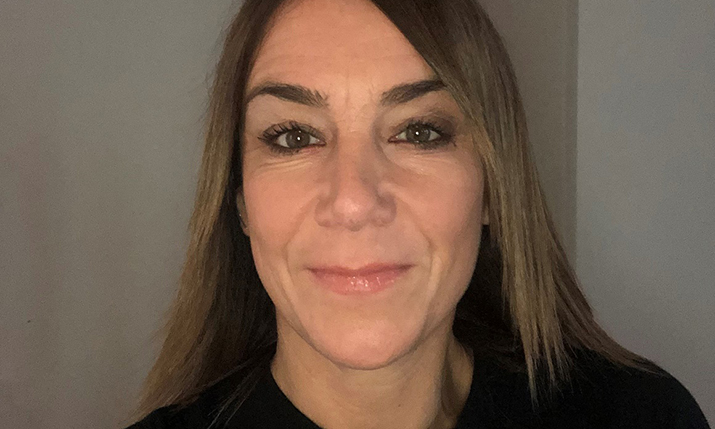 Kate Best, IMG’s head of production, says: “Women doubt themselves. Talk yourself into overcoming it. Never be afraid to ask questions, you can bet someone else in the room will be relieved you did”

“The live environment has always been appealing to me as I enjoy the dynamism and unpredictable nature of it, but I’m acutely aware it can also be stressful for some,” says IMG’s Kate Best, head of production.

“It often comes with long hours, strong characters and unreasonable deadlines with poor budgets across the industry,” she goes on. “As an industry we need to look at the culture and ensure we are looking after people. Working with The Film & TV Charity has given me renewed faith that we will bring change to a lot of these issues.”

“I’m sure all of us have been overlooked for opportunities and had ideas dismissed throughout our careers, but subconsciously it’s made me more determined to be heard, so that those who are coming through the ranks will feel confident doing the same”

Mental health is a subject close to Best’s heart, and one that she feels the sports broadcasting community has to be very careful not to forget, especially in today’s climate. She explains: “I think the last two years has changed everyone in some way. It’s highlighted the need to look after people’s mental health whilst not forgetting your own, and we’re still trying to catch up with the heightened workload that the return of sport in a COVID world brought with it. I hope that 2022 becomes a little easier for all of us.”

Determined to be heard

However, she adds there is a lot to love in live sports broadcasting: “If you love sport, it’s all about the live, excitement, passion and determination of the winning moments and the people you share it with.”

On challenges she has and does face in her role, Best states: “I think as a female in production management you often get dismissed as ‘admin’ over the creative roles and particularly in sport, regularly find yourself in a male dominated world.

“I’m sure all of us have been overlooked for opportunities and had ideas dismissed throughout our careers, but subconsciously it’s made me more determined to be heard, so that those who are coming through the ranks will feel confident doing the same.

“I think there is still a way to go, but the fact that we are even being asked the question now is progress and thankfully IMG recognises the need for change. We need more women in leadership roles as I don’t think anyone would disagree that they have an inner steel!”

She goes on: “Women doubt themselves. Talk yourself into overcoming it. Never be afraid to ask questions, you can bet someone else in the room will be relieved you did. Speak up, you know your worth and you’ll be respected for your strength if you are true to yourself. And be nice, you can be both.”

Production management is an area that is evolving, Best notes, which is adding complications to the role that were not there before. She explains: “I think the production management world has got increasingly difficult over the last few years and we’ve had to react to so many challenges and layers of concerns as well as trying to ensure teams aren’t becoming demotivated because of it.

“I’ve struggled with work-life balance, probably tipping too much into the former, but I’m aware of it and think I’m improving. However, I enjoy contributing to trying to make changes for the better; it’s all about the people and development, shaping a better culture within TV.”

“On days when problems arose, being away from home (often the only female in a crew of 50!) for long periods of time, it needed a strength of character that I wouldn’t have known I was capable of previously”

As to how Best got into sports broadcasting, she says: “I wanted to work in sport, preferably football. I wasn’t from London so TV wasn’t particularly on my radar, so when I saw that both were possible via an advert for IMG in The Guardian (in an actual newspaper as opposed to online, showing my age!), it seemed like a dream opportunity for me. I applied and fortunately they took a chance on me.”

Prior to that Best studied English at Loughborough University. Before getting her first job in broadcasting she worked as both a hospital administrator and also in a nightclub to boost funds, then for a mental health charity. “All gave me a different experience which I appreciate now,” she comments.

Then she got into broadcasting: “My first job in TV was archive sales (through the newspaper application). I was reasonably bad at the cold calls apologising for troubling people and not being the pushy type. Suffice to say I quickly moved into football production which is where I had wanted to be.”

Her career has been one of natural evolution, Best notes. “I’ve never considered myself ambitious and didn’t set out with a goal or level I pushed to reach, but I seemed to naturally evolve into positions when I had outgrown the previous role. I guess it’s the typical production assistant to co-ordinator to manager to line producer to head of production route that I ended up following, but I think the key was moving around different areas for new experiences and diversity so that you retain an open mindset.

“I managed some tricky overseas sports productions in the West Indies – I loved working on the cricket in Sabina Park, Jamaica, the place is just cool –  and India and the US. They all had their own challenges,” she says.

“On days when problems arose, being away from home (often the only female in a crew of 50!) for long periods of time, it needed a strength of character that I wouldn’t have known I was capable of previously.

“Nothing compared to what a lot of people face in their daily lives, but on a personal level it made me stronger,” she concludes.