eSports is emerging as the new, exciting live event content consumed worldwide, but, still in its infancy as a broadcast property, it has not concretely defined what makes for a good esports broadcast. 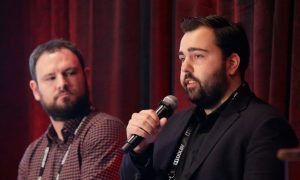 Sure, there’s natural strategy in telling the story of esports competitors through interviews or feature packages, but telling the real-time story of the live competition requires producers to step back a bit and consider the core goals of a sports broadcast. Whether the goal is to tell the story to an audience full of die-hards or to viewers watching for the first time, the responsibility is the same: clearly display the outcome and the important events that lead to that final outcome with graphics, announcers, and images.