A new report from Futuresource Consulting reviewing the worldwide audio market in 2018 estimates that soundbar shipments grew by 6%, finishing the year at 18m units.

The news raises hopes that demand for sports and entertainment content with an immersive audio element will continue to rise as more people begin to have at least some degree of immersive audio capability in their homes.

In what will provide highly encouraging news for the global home audio manufacturing community, unit sales rose by 21% in 2018, with revenues posted of nearly $15 billion. Demand for smart speakers – partly fuelled by entry-level products from Amazon, Google and Chinese brands – remains particularly strong, with Futuresource Consulting market analyst Guy Hammett observing that they are “leading the charge in the home audio category. 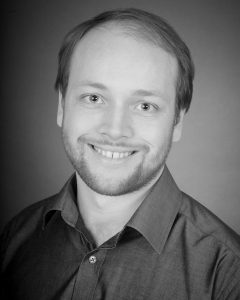 The love affair shows no sign of fizzling our either, and we expect unit shipments to be up more than 90% for 2018, once the final figures have been confirmed. Activity in China has helped to boost the numbers, with our estimates showing a country growth rate of more than 600%.”

But it is the marked increase in soundbar shipments that will most pique the interest of broadcasters and immersive audio vendors. The report observes that in emerging markets, growth is being driven by relatively low penetration, whereas developed markets are experiencing strong value growth as consumers upgrade to devices with premium features. The advent of the first soundbars with integrated voice assistance technology is also having an impact – and will continue to do so in 2019.

“This new segment is likely to account for 5% of all soundbar shipments in 2019 and will continue to grow throughout the forecast period, out to 2022. However, smart technology won’t have quite the impact on the soundbar market that it has had on wireless speaker shipments,” said Hammett.

Although still a relatively small share of the market – with the home audio segment “currently engulfed” by the popularity of smart speakers – manufacturers are certainly putting in the work when it comes to new premium AV receivers and soundbars geared towards home theatres. In this regard the recent CES show in Las Vegas was highly indicative of how the market is likely to shape up over the next few years.

“Dolby Atmos had a strong presence across consumer electronics hardware, with new soundbar models from Klipsch, Vizio and Sony all including [this technology],” said Hammett. “The cheapest one was announced at Anker, priced at $230, almost half the price of the previous cheapest model announced at IFA 2018.”

Until relatively recently, “price and lack of awareness have been big factors in deterring mass adoption of immersive sound. Content has also been limited, therefore not motivating consumers to upgrade their soundbars.”

With more products available at more reasonable prices, and streaming giants like Netflix and Amazon Prime joining the likes of Sky and BT Sport in producing significant volumes of content in Dolby Atmos, it’s seems these concerns won’t remain barriers to mass adoption for much longer.

But while content creators will be buoyed by the positive outlook for soundbars, there is rather less reason to expect a future upswing in more extensive, multi-speaker installations. In fact, as Hammett notes, “the overall home theatre trend is generally away from multi-speaker deployments and traditional loudspeakers linked to AVRs in favour of simpler solutions, involving fewer speakers and less wiring.”

Less time and worry on the installation front will be a crucial consideration going forward, then – and so will the gradual lowering of the average price point for entry-level systems. “We expect soundbars to drive adoption of 3D audio, particularly as it begins to penetrate price points of $300,” confirmed Hammett.

“Soundbars are convenient living room audio solutions, and when coupled with 3D audio it is projected to make this technology more accessible to consumers. Virtualisation of surround sound has also brought down the overall cost of integrating this technology in soundbars in the past year.”

The integration of more advanced 3D audio feature-sets into soundbars is expected to accelerate this year, with Futuresource forecasting that in 2019 approximately 8% of soundbars will include 3D audio features. The aforementioned voice assistance technology will also become a more ubiquitous part of soundbar design, following on from a slew of influential products in 2018.

“Last year Sonos, Polk and Bose introduced products with voice assistants, but in 2019 many more brands will see at least 1 or 2 SKUs with this functionality,” said Hammett.

More generally, Hammett also expects voice control to “penetrate more in Bluetooth speakers” this year, while there will also be further improvements in voice pick-up and smart displays. But overwhelmingly it will “once again be a year of the smart speaker, with shipments expected to reach 75m units.”

The fact that multi-speaker deployments supporting immersive audio are unlikely to become commonplace will undoubtedly disappoint the audiophile portion of the market – but how many people really have the space or resources for full 7.1.4 or 5.1.4 speaker set-ups, let alone the 22.2 being explored in Japan?

But by focusing their efforts on delivering content that can maximise the capabilities of soundbars, and provide an audio experience that is as compelling as the 4K/HDR visuals they will doubtless be enjoying on screen, broadcasters can begin to roadmap a future for immersive audio production with some confidence.