Successful delivery: DAZN’s Danielle Carey on the journey to bringing exciting sports content to fans around the world 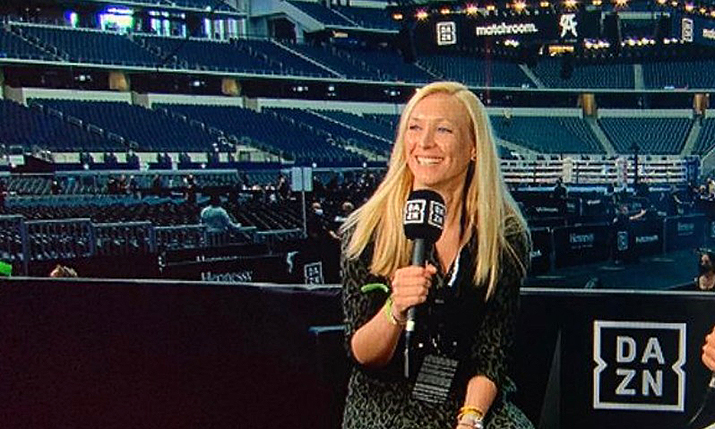 DAZN’s Danielle Carey, head of resources in programming, is also responsible for the successful delivery of some of DAZN’s most high-profile content. On how she first found out about TV broadcasting as a career, she says: “A chat with my careers advisor when I was 17 made me realise that it was possible to combine my passion for sports with TV and film.

“I hadn’t ever considered that it was a realistic option for me to be able to work in an industry that had fascinated me since I was a child with my passion for getting outside and playing sport. To be able to work day to day with the athletes, teams, and federations I had spent hours watching on the TV seemed like the greatest job in the world!”

Carey studied Film and Visual Arts at Leicester University as she thought a degree in film would look better on her CV and would put her in a good position for a job in the field she wanted to pursue. She says: “I spent the last few months of my degree sending letters to as many production companies as I could find trying to get any relevant work experience, and was lucky enough to spend a month working on a documentary project with the Discovery channel. It was unpaid but worth every minute and opened the door to many other opportunities I was then able to pursue.”

“It is incredibly fulfilling to see a project through from conversations and ideas in a boardroom, to its fruition at a stadium surrounded by 80,000 cheering fans knowing many more are watching from home”

When Carey first started out in her career, she says she took lots of short-term contracts to try and gain as much experience as possible. She worked on shows including Masterchef and Cash in the Attic, before starting a permanent role on the Trisha Goddard show, all of which allowed her to work in studio environments and learn the workflows for getting content into a TV schedule.

She comments: “My first full time job was as a production assistant on The Trisha Goddard show, I initially started as an audience researcher working at the Maidstone Studios and after a few months was offered the chance to move to the main studio team based in Norwich to work on the live shows.

“As the production coordinator I was responsible for organising travel and accommodation for the guests appearing on the five shows we filmed each week, and then ran the dressing room corridors on studio days,” she continues. “Whilst the role was very demanding with a busy studio schedule each week, and last-minute changes to the guest line up and topics covered, the role provided me with plenty of varied and unique opportunities.

“However, it also highlighted that daytime TV was not where I saw my career developing and I wanted to find a role in sport that I could be more passionate about.

“[The Trisha Goddard show] reinforced that sport was where I wanted to be,” she notes. “A role came up in sport broadcasting in 2007 and I’ve never looked back. Being able to combine my passion for sports and my love of broadcasting, travel and being outside still seems like a dream come true. 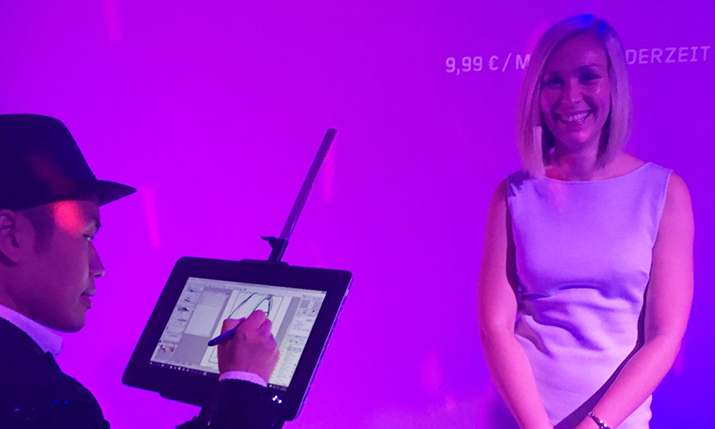 “Don’t be scared to take opportunities when they are presented to you,” says DAZN’s Danielle Carey

“I joined Premium TV as a production coordinator working with commentators and editors to produce highlight content for Premier League Productions, before moving into a transmission role and learning satellite and broadcast workflows. I then moved to Perform where I worked as a commentary manager, setting up their facility and sourcing the talent to add live commentary to events in up to five different languages simultaneously. From there I took the opportunity to move back into production management and took the role as production manager and subsequently senior production manager for the newly formed outside broadcast team, and oversaw the logistics of our broadcast contracts with WTA, PSA and Premiership Rugby,” she adds.

“I have frequently been the only woman sitting around the table in a board room, working in countries where men still hold the most senior positions within a federation or broadcaster. This has led to often finding my opinion or thoughts only being considered seriously when someone else in the room has agreed with them”

An opportunity to move across to DAZN came about when the broadcaster was still in its incubation period, back in 2015. Says Carey: “It was a risk at the time as nobody knew whether it would work out, but I jumped at the chance to join something so revolutionary right from the beginning. I was part of the initial core team working to develop the service and was responsible for setting up the production in our new territories.”

“The role provided such a fantastic and diverse opportunity to develop my career,” she goes on. “I had a chance to work with a new group of incredibly talented people creating a brand-new service all of us with the same vision to pave a new way for customers to watch and interact with sport and their favourite teams whether that be football, tennis or boxing.”

However, she adds: “Everything was brand new; we were a new service, new client, new broadcaster, and that came with some challenges of its own. I was working in countries we had very little knowledge of, and each country provided unique opportunities for us to learn and develop new concepts. I spent the best part of five years on a plane, travelling to multiple countries to review potential new markets, and then once they were green lit, working as part of the wider team setting up and finding facilities, staff, equipment, learning how different federations operated and produced content in countries where we didn’t have any offices, and I didn’t really speak enough of the right language!

“I would spend months at a time living and immersing myself in the culture of the country, to ensure that I had as much relevant knowledge as possible.” 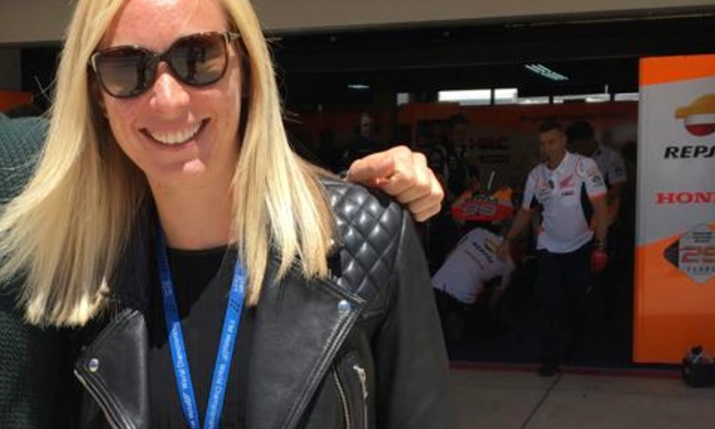 DAZN’s Danielle Carey took the opportunity to move to DAZN when the broadcaster was still in its incubation period, back in 2015

One of the hardest moments in her job then was when DAZN began launching in different territories. She explains: “We launched in two countries at the same time initially, and then had back-to-back launches in other markets straight after. This meant being constantly on the move, working in different countries and quickly having to adapt to new ways of working in each country we operated in.

“On a personal level, I was moving between different time zones which was physically and mentally challenging, and then finding myself spending lots of time in a country where I didn’t speak the language meant having to find new ways to communicate both on a professional and personal level to ensure I was able to be effective in my role.”

This moving from country to country has given Carey an insight into the lack of diversity in top roles at federations and broadcasters in different countries. She explains: “I have frequently been the only woman sitting around the table in a board room, working in countries where men still hold the most senior positions within a federation or broadcaster. This has led to often finding my opinion or thoughts only being considered seriously when someone else in the room has agreed with them.

“As a female who has often led new projects it still amazes me that this is a scenario women find themselves in,” she continues. “But I have always found that being persistent and unafraid to voice my opinions and thoughts has led to me forming some of the most productive working relationships I have had with the very same people who found them so intimidating and unusual to begin with.

Her advice to other women, given her own experiences, is: “Don’t be scared to take opportunities when they are presented to you. My career has taken paths I hadn’t envisaged and roles that I wouldn’t have wanted to take on, but consequently I have worked in areas of the sports broadcast industry and the world that I had never thought possible and have been able to build an extensive knowledge across multiple facets of the sports broadcast industry.”

Yet those kind of challenges are what Carey thrives on. She says: “I love being constantly challenged. New rights opportunities present themselves all the time, meaning a new country to work in, new people to work with and often an in-depth insight to a new sport. Having to work with multiple teams on new workflows to ensure we can deliver our content to the customer as fast as possible but in an innovative way is equally as challenging as it is exciting.

“It is incredibly fulfilling to see a project through from conversations and ideas in a boardroom, to its fruition at a stadium surrounded by 80,000 cheering fans knowing many more are watching from home.”

Today, the pandemic is the cause of one of the biggest challenges in her day to day role, Carey says. “COVID 19 has made live sport broadcasting harder than ever. Events such as boxing are still subject to last minute cancellations when a main card fighter tests positive for COVID or when the restrictions in certain parts of a country change, meaning spectators can no longer attend and our crew levels need to change.

“We have had to become even more resilient to last minute changes to the venue, crewing levels and how we are able to transport equipment to a venue. We have had to quickly learn to adapt and create new processes that accommodate ever changing restrictions which impact on budgets, logistics and the health and safety implications for everyone involved.”

Carey’s current role focuses on DAZN’s global service, and how the broadcaster can best utilise the resources it has built up across the business to produce content for over 200 countries. “I work with our teams both in the UK and around the world to find workflows and processes that can drive us forwards to produce content in new and exciting ways while ensuring that we are working as efficiently as possible both financially and technologically,” she says.

One of the highlights of her career at DAZN has been when it became the global rightsholder for the UEFA Women’s Champions League in 2021, “and with that became the host broadcaster for all 61 matches per season, for the next four seasons”.

She goes on: “It has been incredibly exciting to be part of the team that has looked to change how women’s football is broadcast and the exposure globally that it receives. My focus has been to explore how we can enhance our live event coverage to ensure that our broadcasts are at a standard not seen in women’s football until now which is a fantastic challenge to be set and something I feel very rewarded to be able to contribute to.”

Concluding, Carey says that alongside the big wins, the ability to simply enjoy the day to day job is what matters most: “I still enjoy watching live sport in person and at home and feel unbelievably proud to be able to work inside a stadium or with a federation where we can help to shape what customers see on screen in their homes.”