Sunset+Vine appointed as the host broadcaster for Birmingham 2022 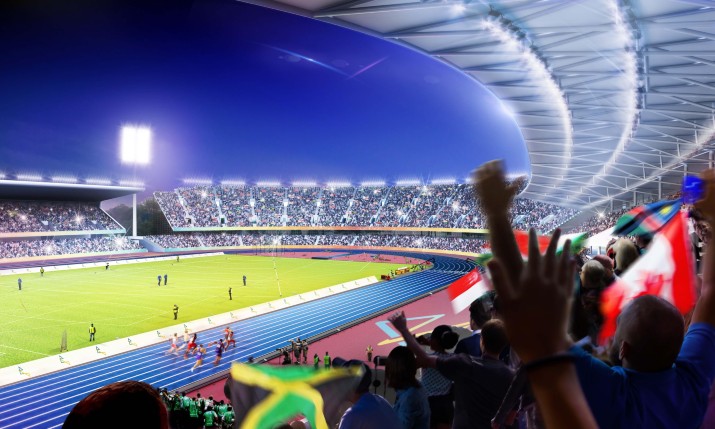 The UK-based production company Sunset+Vine has been appointed as the host broadcaster for the next Commonwealth Games which takes place in Birmingham in 2022.

The contract, awarded by Birmingham 2022 and CGF Partnerships (CGFP) as part of an international tender, will see Sunset+Vine produce coverage of all 19 sports during the event as well as the opening and closing ceremonies and take responsibility for the design, install and management of the IBC.

The contract includes the option to extend coverage to the 2026 and 2030 editions of the Games.

Ian Reid, the chief executive of Birmingham 2022, said: “Sunset+Vine is internationally renowned for delivering award-winning coverage of the biggest sporting events in the world. Working with them guarantees that more coverage of Birmingham 2022 will be made available than any other Commonwealth Games, putting the West Midlands firmly on the global stage and delivering an unforgettable experience for fans.”

David Tippett, the head of broadcast at Sunset+Vine, added: “Our aim is to capture the excitement and atmosphere of the biggest sporting event ever to be held in the West Midlands. We’ve reinvented the traditional broadcast model to produce creative and innovative coverage for the digital age which will engage audiences all around the world. We’ve built bespoke plans around the latest technology which will showcase the very best sporting performances in front of passionate fans in one of the UK’s most vibrant and diverse regions.”

For Birmingham 2022, a range of extra services will be provided to rights-holding broadcasters including a 24/7 Games Channel featuring the best of each day’s action, and a Multi-Channel Service consisting of six uninterrupted feeds with a mixture of live and delayed action for broadcast and digital platforms.

“We’ve built bespoke plans around the latest technology which will showcase the very best sporting performances in front of passionate fans in one of the UK’s most vibrant and diverse regions.”

Sunset+Vine produced coverage of the Commonwealth Games in Australia’s Gold Coast in 2018 and worked on Glasgow in 2014, the London 2012 and Rio Paralympics, the 2017 World Athletics Championships in London and the 2018 World Equestrian Games.

Sunset+Vine chairman Jeff Foulser, discussing the award of the contract, said: “This is such an exciting win for Sunset+Vine and we are delighted to have prevailed following a very rigorous bidding process. The contract award further establishes the company as one of the few worldwide businesses with the creative and technical expertise to handle large scale events. We thank Birmingham 2022 and the CGFP for placing their trust in us and look forward to delivering best in class production for all broadcast rights holders at the Games.”

Sunset + Vine won the RTS award for Best Sports Programme for its coverage of the 2019 ICC Cricket World Cup Final and was nominated in the SVG Europe Sports TV Awards for Outstanding Production Achievement (Event) for the same tournament.

In addition to its broadcast services, Sunset+Vine is committed to launching a Host Broadcast Training Initiative (HBTI) in the West Midlands designed to address the lack of diversity in the creative sector.

The HBTI will offer training to 200 young people from the region over a twelve-month period, with 50% of participants recruited from underrepresented groups and a focus on creating opportunities for the BAME community.

At least 15% of the 1,600 technical and production workforce will come from Birmingham and the West Midlands and the HBTI will result in 150 Games Time employment opportunities for participants in the scheme.

CGFP, which is a subsidiary of the Commonwealth Games Federation (CGF), has embedded resources integrated in the Birmingham 2022 delivery teams, who bring previous Games expertise and generate commercial income for the Games through corporate partnerships, TV rights, licensing and merchandise.

David Leather, the chief executive of CGF Partnerships, added: “A key part of our strategy is to create long-term, mutually beneficial partnerships and we now have the arrangements in place to partner with Sunset+Vine and ensure a very high-quality broadcast for the next three Commonwealth Games.

“This demonstrates a huge amount of confidence in the Commonwealth Sports Movement and in Birmingham 2022 to deliver fantastic Commonwealth Games.”