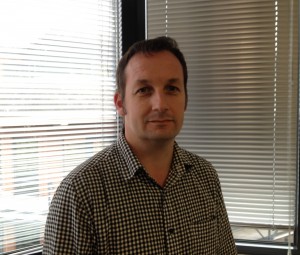 Although women’s football in England can be traced back to the late 19th century, it had something of a chequered popularity for the following 100 years or so. More recently, though, the women’s game has enjoyed significant growth. During the London Olympics 2012, for example, the Great Britain vs Brazil match at Wembley Stadium witnessed an attendance of around 70,000 fans, while thousands more watched the game on television.

Since then, the Football Association (FA) has launched a five-year plan that it hopes will revolutionise women’s football in England. Indeed, the intention is to make it the second most popular sport in the UK, after men’s football. If that is achieved, it will displace men’s cricket and rugby union in the second spot.

One way of achieving that goal is through the televising of women’s football matches – and this has now become a regular part of broadcast schedules in the UK.

Last week, the BBC awarded a four-game contract to production and media company Sunset+Vine for live coverage of England’s Euro 2017 qualifiers, plus the women’s FA cup final at Wembley in 2016. The first of those games is scheduled for 29 November 2015, when England take on Bosnia & Herzegovina at Bristol City’s Ashton Gate ground. Euro qualifier matches against Belgium, Serbia and Estonia will follow.

Staying with the formula

So is coverage of the women’s game any different to that of men’s matches? “There is basically no difference,” explains Stephen Booth, a senior producer at Sunset+Vine. “We’ve been involved since Euro 2013 and our principle has always been to treat the coverage to the same standard as the men’s game. In fact, our programme director, Grant Phillips, has worked on World Cups for both women’s and men’s tournaments – and that will ensure there is consistency.”

Like many football directors, Phillips will cut the match cameras himself, but will be assisted by a vision mixer for replay sequences. Phillips will also direct the presentation sequences. Outside broadcast facilities will be provided by OBS TV, the UK division of Irish facility group Observe.

“For the Euro Qualifiers, we will have nine match cameras, plus three in the presentation area,” reports Booth. “When it comes to the Wembley final, we will increase the match cameras to at least a dozen. ”

Jonathan Pearce and Sue Smith will provide the match commentaries for Sunset+Vine’s coverage, while for the first Euro game the presenter will be Tina Daheley.

When the contract was announced, Andrew Preece, executive director of Sunset+Vine APP, said: “The FA Cup Final at Wembley last year was a memorable day and we look forward to next year’s final where we have very special plans for storytelling around that iconic day – as well as new insights into the EURO qualifying home games.”

The specific details of those plans are still being discussed with the Football Association and FATV, but Booth reveals that they include providing deeper insights into the women’s game: “We are looking to include a great deal of background material of both the games and players, including videos made by the players themselves in the run-up to the games. We want to explore the grass roots of women’s football in the UK.”

Booth also reports that the plans include a ‘Road to Wembley’ that will provide an in-depth analysis of the teams that make it through to the cup final. Whether that is a series leading up to the game or a part of the match day programme is still to be decided.

Live coverage of the women’s games will be shown on BBC One and BBC Two, with additional multi-platform coverage across TV, radio and online.