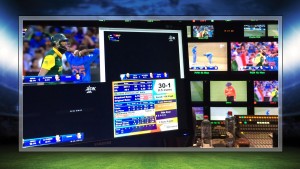 A-E cricket graphic: Alston Elliot has been the official graphics provider on each of the five World T20 tournaments staged since the inaugural event in 2007

Organised by the International Cricket Council, the sport’s governing body, the 2016 ICC World Twenty20 tournament started yesterday March 8 with Hong Kong v Zimbabwe and continues until April 3. In all, 35 games will be played at eight different venues around the country, with the final taking place at the 66,000 seat stadium at Eden Gardens, Kolkata.

Host broadcaster for the event is London based Sunset+Vine, which has won 26 major broadcast awards for its cricket coverage, including five BAFTAs.

“I think that shows that we have a very strong cricket heritage,” explains Jeff Foulser, chairman of Sunset+Vine. “In fact, cricket coverage has been in this company’s DNA since the late ‘90s when we introduced innovations such as the Red Zone, Snickometer, the Analyst, Hawk-Eye and the ultra slo-mo camera. Over the years, we have been instrumental in revolutionising how cricket coverage is seen on television.”

He continues: “The way this T20 contract is constructed is somewhat different from normal arrangements. Here, the ICC has contracted us to handle the production, but it has appointed other organisations for the various operations that go to make up the complete broadcast package.”

Those other companies include Singapore-based Broadcast Solutions, who will provide equipment and OB facilities, Alston Elliot for graphics, and Hawk-Eye for analysis.

“We have been charged to co-ordinate these other contractors to provide the best and most comprehensive coverage,” says Foulser. “We will be providing the key production personnel, such as producers Huw Bevan and David Tippett, and a team of the best known cricket directors from throughout the global industry. In fact, we are always scouring the industry to locate the very best talent.”

He goes on to report that the biggest challenge is one of logistics. “The venues have been changed several times, and because the contract was awarded in late 2015 there has been a great deal to accomplish in a short time. The ICC believes this is its biggest event, and with the tournament being held in India – where T20 is massive – we are planning a very solid and consistent coverage at each of the venues. We are following a well-received format that we established during the T20 qualifiers in Ireland and Scotland. ”

That format involves offering the world feed from 30 minutes before play starts with news and interviews, the first innings, the mid-session break with further updates and analysis, the second innings, and then post-match discussions for a further 30 minutes. 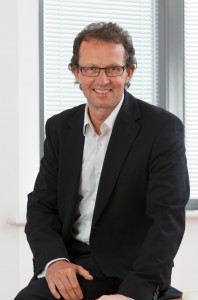 “It means the rights’ holder broadcasters can sit on our feed throughout and reduce their costs by not having to provide the ‘top and tail’ presentations,” states Foulser. “We will be providing the world feed commentary for all broadcasters and will be using the services of presenters Michael Slater, Sanjay Manjrekar, Pommie Mbangwa and Alan Wilkins, with Sky’s David Lloyd and Nasser Hussain alongside.”

He believes the recent coverage of the Under 19 World Cup tournament in Bangladesh provided an excellent dress rehearsal for the forthcoming series of matches.

Saeed Izadi, CEO of Broadcast Solutions Group, takes up the story. “Broadcast Solutions has been supplying the equipment to Star Sports, who owned the rights for ICC events from 2007-2015. This time around, however, ICC decided to control the production themselves and that was the reason for floating the equipment tender. So indirectly we have been supplying ICC since 2007.”

Although Broadcast Solutions has not worked with Sunset+Vine UK in the past, the company has been involved with the Asian operation of the production company, and the two have recently provided coverage of the PSL (Pakistan cricket league).

Izadi reports that coverage of the Twenty20 tournament is designed by ICC TV and uses over 30 cameras for the game coverage. “There are a total of six super motion cameras with two of them being 6x and the other four being 3x. There are two ultra motion cameras along with two RF cameras. A Spidercam will be used on all games.”

He adds: “Broadcast Solutions provides the entire guarantee engineering crews, of which there are total of 15 per unit. In all, we are utilising four main crews.”

Izadi says the biggest challenge for covering the tournament is one of the logistics of moving equipment and crew. “After all, India is such a huge country!”

Alston Elliot (AE) is the current supplier to eight of the ten Test playing nations either via contractual relationships with rights’ holding broadcasters or directly with the relevant boards. The company has worked with ICC since 1996 and has been the official graphics provider on each of the five World T20 tournaments staged since the inaugural event in 2007.

“Our experience of working in India is extensive; indeed, we established a subsidiary company in the country in 2012,” states Stuart Coles, the company’s sales director. “We currently employ a local workforce comprising of 21 full-time staff, ranging from frontline operators to software developers, to graphics designers, to broadcast engineers and management teams.”

Coles says that the core services for ICC World Twenty20 include official host broadcast match graphics, driven by AE ball-by-ball live scoring data, on all 35 matches in the tournament. “This will be delivered by our four dedicated crews of three graphics operators. Additionally, we will be providing independently-generated, specially optimised graphics for the stadia big screens,” reveals Coles.

He continues: “From an innovation perspective, we are always seeking ways to better introduce and present the vast array of data which we capture and hold for cricket events, and the use of Virtual Reality graphics using feature-tracking technology provides a typical example. Our solution enables us to map graphics either on to the playing surface or seemingly floating above the pitch, meaning that viewers can digest key match data without being removed from the live action.”

For the semi-finals and final matches, the company is planning to deliver Augmented Reality graphics content via camera tracking data provided by Spidercam. “This technology is still in the early stages of development, but the range of movement afforded to Spidercam and the vast canvas offered by a cricket playing area means that we are very excited at the potential for this solution,” declares Coles.