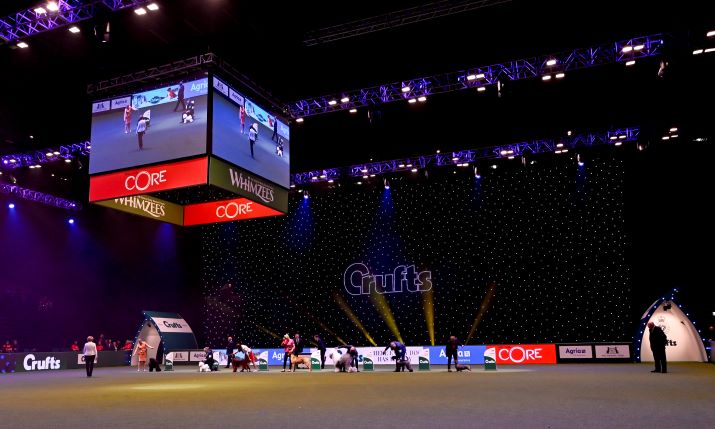 Crufts Best of Show 2020, which was won by Maisie the Wire Haired Dachshund

Crufts Young Kennel Club was able to broadcast live this year with Sunset+Vine, thanks to a solution from Tellyo that enabled the production to solve technical issues and stay within budget.

Crufts is without doubt the world’s greatest dog show, with 26,000 dogs attending. Television coverage of the annual four-day event, which is organised by the Kennel Club, is avidly watched by fans globally, and live streams of the main arena by production company, Sunset+Vine, have become a staple in the calendars of dog and Crufts fans alike.

As the Kennel Club and Crufts have expanded their social and digital output over recent years, they have been keen to shine a light on lesser known parts of their organisation and this year the focus was on the Young Kennel Club.

With an action-packed programme ready to be delivered from the Young Kennel Club Ring, Crufts wanted Sunset+Vine to capture all the drama across the four days of the show.

All footage also had to have vibrant graphics designed to attract younger viewers attached in real time, before it was live streamed into the Young Kennel Club Facebook group.

The challenge in making this happen for Sunset+Vine was about maintaining perfect connectivity between the Crufts event at the NEC in Birmingham to the production company’s studios in Hammersmith, London, as well as managing the allocated budget for this side of the production.

Sunset+Vine’s initial workflow for the live stream involved producing on site and then sending the signal back to Hammersmith via LiveU over a SIM card connection. From there the content would have graphics added, and the feed would be encoded and then sent into the Tellyo platform for distribution. The downside to this workflow was the potential risk in connectivity quality of service between sites.

However, while this option would provide a more secure set up, there was no point in the new workflow where Sunset+Vine could add graphics due to human resource on-site; the original crew tasked with producing the Young Kennel Club stream in Birmingham did not have the ability to add graphics within that workflow.

Conversely, the budget had already been set and Sunset+Vine could not easily adjust resources to provide graphics on site, so an affordable remote solution was required.

Sunset+Vine was therefore looking for a cost effective, secure and reliable way to live stream the four days of the Young Kennel Club Ring. The solution needed to include the security of running the production company’s output through its OB truck with encoding on site, combined with the flexibility of remote graphics production in Hammersmith. 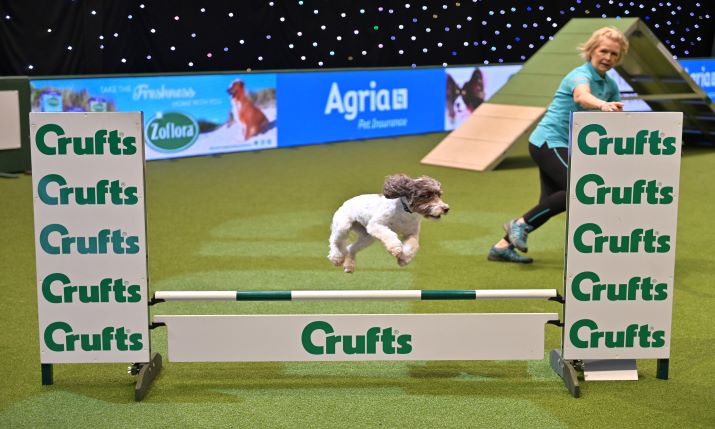 Sunset+Vine turned to its trusted partner, Tellyo to propose using its Stream Studio, which would allow it to ensure connectivity on site, while Tellyo’s compatibility with Singular.Live meant that Sunset+Vine could add graphics remotely in Hammersmith using a workflow that would fit neatly in alongside its other streaming commitments at Crufts, which would be simultaneously running through Tellyo Pro.

Prior to Crufts, once technical details had been agreed between Sunset+Vine and Tellyo, the need to move quickly became even more crucial as time was ticking. A member of the Tellyo team was able to expertly brief Sunset+Vine’s production crew in just one hour, giving them all the skills they needed to be fully capable to use the intuitive platform.

Said Will Godsiff, social producer at Sunset+Vine: “This was a quick turnaround but Tellyo’s confidence and promptness in setting us up meant that we were comfortable and excited to have found a solution to the problems we were facing.”

Stream Studio has been designed to integrate fully with Tellyo’s existing platforms, so set up of the initial studio and pulling footage in was simple for Sunset+Vine. It stated it found adding external software – Singular.Live – into Stream Studio to be straightforward with little to no latency issues.

What stood out the most for Sunset+Vine in using Stream Studio was, “the speed with which we were able to adjust and change our remote production plans based on information from the on-site team,” according to Godsiff.

He added it was fast and easy to, “schedule changes, deal with music copyright issues, and for graphics creation away from Singular.Live; all those areas were easy to adjust to due to the flexibility that Stream Studio provided us”.

Throughout the set up for the event and the show itself, Tellyo’s support team was on hand. Continued Godsiff: “We had a constant live chat running with them, updating them of any issues that we encountered. The team’s ability to suggest work arounds was one of the greatest benefits we found.”

He explained one example of this collaboration: “We encountered an issue whereby the team on the ground were not able to warn us fast enough of small but significant changes to the schedule, which caused issues around the fact that some of the events used commercial music.

“We had been sent through a list of music being used so we could clear it for digital streaming, but some of the competitors had changed their music at the last minute and therefore it had not received the clearance it required,” Godsiff noted. “As a result, we needed a way to listen to the incoming stream and identify non-cleared commercial music before it reached Facebook, and cover that with non-commercial music we had at the ready. Whilst not a function that was automatically built into Stream Studio, the Tellyo staff were able to quickly suggest a workaround which fit in with our capacity and resource, ensuring that the stream was not blocked by Facebook.”

Kieran Stanbridge, senior social media officer, Kennel Club, said: “We were extremely happy with the output that Tellyo Stream Studio gave us. It was our first year streaming the Young Kennel Club Ring and using Stream Studio meant we could keep costs down but maintain a high-quality output – which is exactly what we were looking for.”

Godsiff concluded: “Definitely now that we have used Stream Studio and better understand the capabilities, it’s a platform that we would take into consideration for future use. After one day’s full use we were comfortable on exploring the wider capabilities of it and I would look to include it in future productions to provide further value and enhance digital outputs. I thought it was a highly successful collaboration.”

While David Stranks, executive producer digital at Sunset+Vine, said: “Tellyo Stream Studio was the perfect answer to a potentially problematic and expensive question. From ease of use and support provided, to the security and speed with which we were able to adjust to changes, using Stream Studio meant that Sunset+Vine were able to not only fulfil all our contractual obligations, but over deliver provide a greater level of service than expected.”