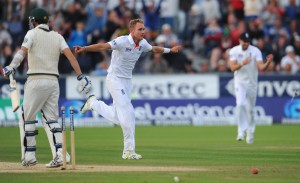 UK independent TV sports production and media company Sunset+Vine has confirmed its appointment by the England and Wales Cricket Board (ECB) to represent the ECB in a comprehensive four-year archive rights deal.

The  ECB archive includes rights for all England internationals and domestic matches played in England and Wales, from 1995 to the present day to the end of the 2013 season, as well as international rights for these games pre-1995. The ECB archive covers Test matches, One Day Internationals, Twenty-20s and all county cricket competitions.

Sunset+Vine will not only be representing rights deals for the ECB’s archive, but will also be developing the ECB catalogue as well as producing bespoke programming opportunities for broadcasters drawn from existing archive footage.

Andrew Piller, commercial director at Sunset+Vine, commented: “The ECB is one of the world’s flagship sports brands and we’re delighted to be representing their rights. Sunset+Vine has a strong heritage in English cricket having produced award-winning programming for C4, and subsequently Channel Five, since 1999 as well as introducing Hawkeye as an integral tool for the modern game. We are proud of what we have contributed to the game and we are confident that we will continue to do so for many years to come.”

John Perera, commercial director at ECB, added: “Cricket fans expect a variety of content, particularly on digital channels, so we need to ensure we have a back catalogue to cater for requirements across all media platforms. We have a fantastic long-term relationship with Sunset+Vine who continue to provide a premium service to the ECB and our respective commercial partners in this area.”

Sunset+Vine’s cricketing pedigree is substantial as the company also: works with the International Cricket Council (ICC) on a number of content creation projects; produces England’s International cricket highlights on Channel Five; and has recently announced a deal with the Marylebone Cricket Club (MCC) to deliver the Lord’s Cricket Ground YouTube channel as well as content across the Lord’s Facebook and @HomeofCricket Twitter feed.

Sound pioneers: Trialling Serial ADM alongside Dolby AC-4 at the French OpenAmerica’s Cup production team embraces new technology as Prada Cup races start in New ZealandFour predictions for live sports video production and delivery in 2021How commercial relationships for sports broadcasters and partners will change in 2021The move to native uncompressed IP decoding and encodingSports broadcasting and the rapid evolution of technology in 2020Audio insider: A simple guide to producing the best audio mixes Sportel Monaco set for 5-7 October with webinars planned for MarchEurosport partners with new all-electric touring car championshipMoov returns to SVG Europe with Gold Sponsorship and graphic goals for 2021Lama joins SVG Europe as Bronze Sponsor as it looks to change the way sound is formed and deliveredITV to bring niche live streaming sports content to viewers with Vualto
Read more