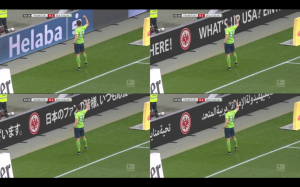 An SVG Europe Gold Sponsor since June 2016, Supponor is a rapidly rising star of the industry, delivering innovative solutions for augmented reality digital ad replacement in real-time broadcast and streaming of in-stadium perimeter advertising. Based in London, with offices in Helsinki and Barcelona, the company has made a significant impact in a broad range of Tier 1 sports – most notably football, but also hockey, basketball, motor-racing, tennis and American football.

Given the groundbreaking nature of its work and the attendant costs related to often lengthy R&D processes, it is to be expected that Supponor maintains a constant lookout for relevant funding schemes on a national and international level. It was as a result of this vigilance that COO Charlie Marshall and his team became aware of the SME Instrument programme that falls under the umbrella of Horizon 2020 – the EU Framework Programme for Research and Innovation.

Devised to drive economic growth and create jobs, Horizon 2020 is the biggest EU Research and Innovation programme to date, making nearly €80 billion of funding available during the 7-year period from 2014 to 2020. At the heart of the initiative is a strategy intended to deliver ‘breakththroughs, discoveries and world-firsts by taking great ideas from the lab to the market’.

As one component of Horizon 2020, SME Instrument aims to support innovation in small- and medium-sized businesses deemed to have significant growth potential and global ambitions. In its first three years alone, the scheme has supported 2,457 SMEs and distributed €882 million in 36 countries. On average, SME Instrument has generated increases of 250% in turnover and 122% in employment for funded companies, among many other headline statistics – more of which can be found on the European Commission website.

Supponor is one of these near-2.5K beneficiary companies, having secured funding under the scheme in 2015. At the core of the Supponor project is the objective of miniaturising and scaling its camera solution for capture real-life images and provide data required for AR applications such as virtual graphics insertions. The new device will be able to be used as part of Supponor’s technology platform, which is already in regular commercial deployment in Spain’s La Liga, in partnership with Mediapro, and various stages of commercialisation and development trials with a number of leading sports agencies and federations, for example Germany’s Bundesliga (as recently covered by SVG Europe in a separate piece that can be read here).

Whilst Supponor’s AR solution for sports is a primary intended application, it is thought that the new camera device will also trigger a range of novel AR application developments throughout sports and other areas of broadcasting and film production. Long-term, says Marshall, it is hoped that the “the project will provide a platform for taking Supponor’s expertise evolved over 14 years to the next level – making it possible for the European SME sector to be a primary driver of the next generation of broadcasting technology.”

Marshall is keen to stress the importance of funding initiatives like SME Instrument to companies such as Supponor where R&D is so fundamental to its operations. “From day one we have had a large R&D team, and to this day it constitutes more than half of our business in terms of head count,” he says. “So securing substantial funding through such schemes is tremendously useful to us.”

The project is now approximately three-quarters towards completion, but once finished Marshall believes that the camera – whose working name is AOD2 (Advanced Optical Device) – will have a galvanising impact both on Supponor’s business itself, and on AR capture as a whole. “To get from where we were, with a multi-component camera configuration, to something that is miniaturised, integrated and easily deployable – in other words, more like a standard piece of broadcast technology equipment – will be of huge benefit to our business,” says Marshall, who expects prosumer broadcasting to be another target for further evolutions of the new system.

The first fully functional prototypes are expected to be ready in late summer 2017. Beyond that a period of testing lasting 3-4 months is predicted before the first finished units roll off the production line in early 2018. In the meantime, Marshall looks forward to participating in a variety of industry events and trade fairs where he will be “highlighting the scope of the Horizon 2020/SME Instrument scheme, and the remarkable benefits it can bring for broadcast technology developers.”