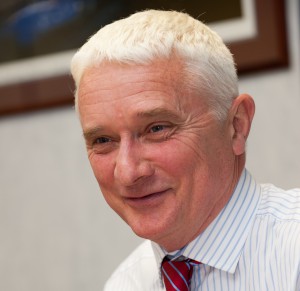 As the new year gets underway, SVG Europe is inviting leading industry figures to offer their predictions for 2015. In this latest instalment, Gearhouse Broadcast COO Kevin Moorhouse addresses IP-based operation, 4K and other technology trends expected to have a significant impact on broadcast workflows.

The past 12 months have showcased some of the best sports – and sports broadcasting – in the world. This has given way to some new advances in workflows and more requests from broadcasters for how they want to continue to produce their programming.

IP is undoubtedly going to be the future for broadcasting and we’re starting to look at how we can offer our services to incorporate this. Certain elements we currently supply, such as the editing systems, are IP-based. When the 4K workflow eventually comes into its own, I can see it being moved by an IP-based transport. The vision mixers and routers of the future will have fibre and IP connectivity on top of normal base band video connections for I/O.

4K is going to be a huge part of the work the industry will be undertaking in 2015. Off the back of the trials and tests that went on last year, broadcasters still have some questions as to how 4K can be properly utilised. Similarly, we’re still conducting our own tests to see how the new Hitachi cameras will work best with existing workflows.

We’re not necessarily building new workflows for 4K broadcasts – we’re improving our existing HD workflows by incorporating 4K. Take Gearhouse’s new HD8 OB super truck, for example. This is Australia’s first 4K native truck but still works as a HD resource until the 4K element is needed. We’ve said it a number of times now – 4K is an evolution, not a revolution.

Broadcasters have also been asking for us to find ways of supplying OB systems in a more economical way. The cost of shipping equipment around the world is as expensive as it’s ever been. With this in mind, we’ve developed two solutions: OBLite, a fully-equipped, live production HD trailer, and OBPod, a new lightweight and expandable portable flyaway production system.

OBLite is an affordable and flexible solution, ideal when working on smaller six to ten camera live sports broadcast projects. OBPod enables the end-user to make significant savings when shipping from location to location around the world such as race tracks for a motorsport application. Every component, fixture and material used within it has been carefully selected to make it lighter, easier to ship, and quicker to rig and break down on site.