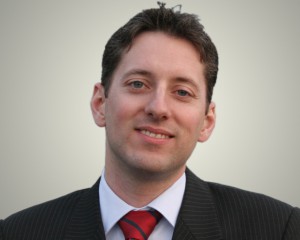 The latest contributor to SVG Europe’s 2015 industry forecasts is Dr. Stephan Würmlin Stadler. A respected figure in the sports broadcast technology community, Stadler joined Vizrt in late 2010 as part of the acquisition of LiberoVision. Since January 2013, he has served as Vizrt’s executive vice-president sports.

Last year was a great one globally and 2015 is going to be a year of growth as we continue to build our product lines. We’re expecting a lot of requests from our customers who no longer want just one or two tools to create specific graphics but instead want a complete creative suite to create immersive and innovative graphics. This way, sports broadcasters have more than one way to tell a story.

Alongside newscasting, sports broadcasts have adopted in-depth graphics in a very proactive way. They’re currently being used for both live coverage and post-game analysis, something we’re expecting to continue over the next 12 months. The sports viewing experience is completely different to what it was a few years ago, and complex and immersive graphics are a huge part of this new kind of sports broadcast. What Vizrt’s tools do is allow customers to produce these graphics quickly and efficiently while generating a faster return on investment and speed-to-air. For example, Viz Libero’s new tracking algorithm automatically tracks selected players on a field – a job which previously has had to be done manually.

We believe this is going to continue into 2015. Broadcasters understand the importance of graphics in sports broadcasts and fans want a detailed and inclusive analysis of the games while and after they happen. This is what Vizrt’s tools excel in providing.

In 2015 we expect a push closer to 4K broadcasts, having already been part of many successful 4K trials which happened last year at the World Cup and Ryder Cup. Graphics are something that can make the switch to 4K extremely quickly and easily – mostly owing to the fact they’re vector-based and therefore scalable.

Last year saw lots of requests from our sports focused clients who wanted more in-depth 3D replays and virtual enhancements. Combining Viz Libero with Vizrt’s product has suite resulted in additional possibilities, ie. the Virtual Presenter, which allows our users to place their pundits virtually in the middle of the real sports field to present analysis. The requests to do this kind of thing will continue in 2015.

2015 will without a doubt be a year of growth for the whole industry, Vizrt included. Last year we strengthened our portfolio of products, including the introduction of the image-based version of Viz Arena, Vizrt’s live sports enhancement tool. Viz Arena now has the unique capability of combining live video telestration with virtual ads and this is something our customers will benefit from in 2015.