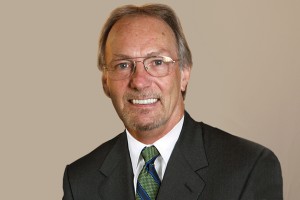 Nigel Spratling: TICO “offers the benefit of potentially utilising some existing infrastructures to transport signals with a few lines of delay”

The extra bandwidth required by the move to Ultra HD will probably result in extra costs and complexity. One approach to mitigate this could be using compression. However, most compression systems require additional processing power and cause delay, making them unsuitable for live production. TICO, a lossless compression scheme created by intoPIX in 2013, may be the answer, and a wide variety of manufacturers have now joined the new TICO Alliance to support the codec’s use over SDI and IP-based infrastructures.

“In the live environment, the key things are reliable, seamless workflows delivering high-quality images with low latency. The TICO codecs meet these requirements,” explains Nicolas Bourdon, SVP marketing, EVS Broadcast Equipment. He sees TICO’s ability to transmit UHD streams using existing systems and networks as an important asset, while the large group of manufacturers supporting the TICO Alliance “ensures a wide ecosystem, which is important to the broadcast industry and our customers, enabling broadcasters, facility companies, to adopt equipment from a larger range of suppliers.”

The “broadcast industry faces an exponential growth of pixels to manage, to store and to transport. It can involve expensive hardware upgrades and heavy renewal of infrastructures,” says Gael Rouvroy, CTO, intoPIX. “In the case of UHDTV-1, 3G-SDI means four cables, four SDI ports, and we know that 12G-SDI will cost more than 3G-SDI. We also know that in the transition to IP, to address 4K, a 10GbE port is not sufficient without compression, and higher bandwidth ports (25GbE, 40GbE, 100GbE) are expensive for a large adoption.”

He claims that TICO is the right answer to this, “maintaining a quality similar to uncompressed all along a live production workflow with only few pixel lines of latency and simplifying significantly the HD and UHDTV operating costs. It is a game changer.”

“TICO offers a low compression ratio from 2:1 up to 8:1. The sweet spot is 4:1,” says Chuck Meyer, CTO, Production, Grass Valley. “With 12Gbps 4K data, 4:1 compression provides 3Gbps, which enables an existing 3Gbps facility to support 4K. Or, it provides for higher channel density in IP networks where 10GbE is now very affordable. As time goes on, 25GbpE will be more widely deployed, but at the same time, video bit rates will increase to 24Gbps, or even 96Gbps. So, TICO provides the ability to invest optimally in a facility by leveraging today’s bandwidth for tomorrow’s picture format. And, the workflow never needs to change.” 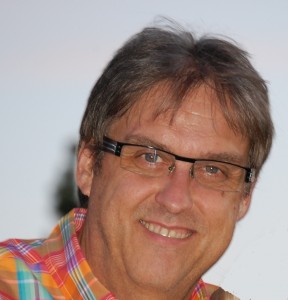 Chuck Meyer: Grass Valley is “excited about enabling 4K video on one wire, with TICO and IP for live production, particularly sports”

TICO is available in both hardware (FPGA/ASIC) and software implementations, claimed to offer the least complexity and the smallest latency, at low compression ratios (typically 4:1), says Rouvroy. The constant bitrate codec is also mathematically lossless at lower compression ratios (typically 1.5:1), and is claimed to offer: robustness to multiple encoding generations; fixed low latency (selectable from two to 16 pixel lines); have a very light FPGA resource requirement (with no external memory – only line buffer); is fast in software (highly parallelizable); and copes with a wide range of resolutions from HD to 8K.

Latency is crucial and “that’s probably where TICO is really disruptive. TICO uses unique line-based wavelet transforms and light entropy coding, and thanks to that and hardware implementation achieve a latency of a few lines of pixels for the encoding or decoding process, down to nine lines in total with also constant bitrate and fixed latency,” explains Rouvroy. This algorithm structure combined with parallel processing means that a software (CPU) implementation can achieve less than a single frame of latency for either encoding or decoding.

Ross Video is supporting TICO because its customers want to build infrastructures to accommodate higher than HD picture formats, and current 3Gb HD-SDI and 10Gb IP systems do not directly support the data requirements of UHD formats, “therefore it is necessary to consider utilising a mild compression scheme to enable the carriage of these signals. TICO has the benefit of providing this mild compression with minimum FPGA and memory resources,” says Spratling.

“The broadcast industry needs codecs that are tuned to the transport of live video,” says Bourdon. “This is critical for compression of video over IP fabrics, but can be equally interesting to carry compressed video over existing SDI infrastructures. It is crucial that the broadcast industry standardises on open compression schemes that are readily accessible by all stakeholders. Initiatives like TICO are an important step towards this compression conformance and EVS are committed to developing it for the larger IP-based live ecosystem.”

Because TICO can use existing systems and networks, “an SDI network upgrade or an IP transition doesn’t need to be instant. EVS’ IP4Live initiative is recommending just that. To protect investment and enable a smooth transition to IP we need to use a hybrid approach. We work in an industry that always wants to adopt the latest technology, but we also need to let our users continue to use infrastructures they’ve invested time and money into,” adds Bourdon.

TICO “won’t necessarily save money or make lives easier as it adds another level of complexity. But it does allow high data rate signals to be carried without necessarily investing in new infrastructures at this time,” explains Spratling.

How TICO can fit into IP or SDI-based UHD workflows

Rouvroy maintains that TICO will accelerate the implementation of video over IP and will interoperate with other standards. “TICO and TICO Alliance participating organisations are relying on the standardisation work that is done at SMPTE and VSF (Video Services Forum). TICO fits perfectly with today’s existing video over IP standards such as SMPTE2022-6 and SMPTE 2059, as well as with the recently published VSF Technical Recommendation TR03: Transport of Uncompressed Elementary Stream Media over IP.”

“New evolutions such as video over IP and UHD require significantly higher bitrates, in some cases exceeding the physically or economically available bandwidth. Codecs like TICO help overcome these barriers and hence are an important enabler for the adoption of video over IP and UHD. Real-life solutions for live productions always combine equipment from multiple vendors. The TICO Alliance enables these multi-vendor setups by gathering support from industry leaders, such as EVS, Imagine Communications, Grass Valley and others,” says Bourdon.

“While HD signals up to 1080p can fit within 10Gb IP schemes, UHD cannot unless the packets are distributed over separate links – which is not ideal. Utilising TICO will allow denser packing of HD signals as well as carrying UHD on a single link,” added Spratling.

Meyer sees TICO as “a long-term tool for maximising the ROI due to its ability to essentially extend the fixed bandwidth by a factor of four or more,” making it a lot easier to add new, higher bit-rate formats.

For UHD, other compression systems, such as JPEG 2000 and H.264, H.265, don’t come close to TICO’s latency of four to eight lines of video, says Meyer. “They require external memory and more computational resources inside the FGPA, and in some cases, even a CPU, so power becomes a concern. JPEG 2000 is used today, typically with a compression ratio between 10:1 and 15:1. TICO at 4:1 outperforms JPEG 2000 at the stated compression ratio when PSNR [peak signal-to-noise ratio] is considered as a metric. Subjective viewing quality is very good. H.264 and H.265 codecs do offer Intra frame profiles, so in that sense, they could be used, but they are much better suited to applications where delay can be tolerated and power is readily available. Power is key if you consider a truck or camera.”

EVS is still evaluating the different compression options and isn’t going to disregard any standards yet. “There’s still plenty of work to do on UHD and IP compression and we want to make sure we’re approaching the evolution in the right way,” says Bourdon.

“As an infrastructure company we need to support those schemes adopted by our customers, all of the current compression schemes are viable but vary in implementation cost and overall processing delay. TICO’s low implementation cost and processing latency make it more suitable in a live production environment if compression is required to accommodate higher data rates,” adds Spratling. 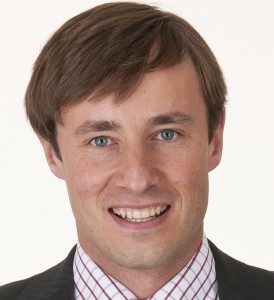 Gael Rouvroy: TICO is lightweight compression, “fast in software, low cost in hardware with low compression ratio up to 4:1, with low latency”

“With TICO, we wanted to deliver a lightweight compression solution, fast in software, low cost in hardware with low compression ratio up to 4:1, with low latency, with perfect visual quality on any types of content in order to catch the market evolution to from HD to UHD 4K and 8K, from 3G-SDI to 12G-SDI, from 10GbE to 25GbE and 40GbE,” says Rouvroy.

“None of the existing compression technologies, such as JPEG 2000, H.264 or H.265 can answer all these parameters efficiently together. H.264 and H.265 are far too complex to address this challenge, targeting low bit-rate applications at the cost of a higher complexity and higher latency (several frames). JPEG 2000 is certainly the closest alternative with its low latency mode going below one frame, but its complexity is higher and it is designed to address higher compression ratio too, typically up to 15:1. It is certainly suitable for HD or 4K contribution links below 1GbE network, it is less suitable for 4K/8K to be used at low compression ratio such as 4:1 or as a generic hardware or software IP interface. It does not run efficiently and low latency in software, it is about 8x time more complex in hardware (FPGA),” he insists.

TICO is beginning to go into use now. “Multiple organisations have integrated TICO today for both HD and UHD/4K,” says Rouvroy. Products were demonstrated at NAB and IBC this year, and other companies have contributed in an open collaboration through the TICO Alliance to the definition of the use of TICO over IP networks or in SDI infrastructures to ease future interoperability. The SMPTE RDD (Registered Disclosure Document) was introduced last year and is now in its final stage of approval. It covers both the TICO compression and how it operates via IP or 3G-SDI.

Ross Video has several test systems in its R&D labs and is in discussion with customers assessing future system designs. “We will provide conversion and gateway products as well as product I/O to support formats our customers require,” says Spratling. “Industry opinion is divided currently on the best ways to manage the much higher bandwidths required for UHD and HDR formats and it may be that support for multiple schemes is necessary. We are also supporting uncompressed 12Gb connectivity and various IP encapsulation schemes.”

Grass Valley is also implementing TICO in its production products, including cameras, servers and production switchers. “We are excited about enabling 4K video on one wire, with TICO and IP for live production, particularly sports. As systems are deployed, TICO will very likely find its way into other Grass Valley products,” says Meyer.

“We’re new members of the alliance so we’re currently assessing the best route to implement TICO into our solutions,” says Bourdon. “Because our approach to IP is transitional not transformational, we’re speaking to many partners in the industry before we commit to anything one way or another. What our industry does the best is collaborate so we’re working not only with TICO but with plenty of other partners to find the best solutions for a gradual transition to IP.”