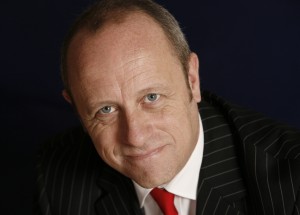 SVG Europe is delighted to announce a new addition to its roll-call of SVG Europe sponsors in the form of BT Media & Broadcast. BT M&B is the digital media and broadcast solutions arm of BT, with more than 60 years’ experience in providing global media solutions.

BT M&B’s core business is to support the workflow of getting content from glass (of the camera) to glass (of the consumption or viewing/listening device) through a complex, multifunctional, multi-organisational supply chain which is geographically spread out. This applies to all aspects of the supply chain for television and film production, post production, contribution and distribution.

BT M&B has been involved in a number of high-level infrastructure deployments related to sports broadcasting. One of its most significant recent projects revolved around its securing of a competitive tender to provide Premier League Productions (PLP) with a fibre-based terrestrial contribution service from all Premier League grounds to IMG’s operational facility in Stockley Park.

The new solution had to be fully operational at each of the 20 stadiums in time for the start of the 2016/17 season. Since August 2016, each Premier League ground has enjoyed 40Gbit/s of connectivity from environmentally controlled, UPS (uninterrupted power supply) protected cabinets, allowing up to 20 bi-directional uncompressed HD visions simultaneously with 4-wire comms and IP data.

Initially PLP anticipated utilising 10-12 visions per match, but by the second week of the season this had doubled to 24 visions. And over the Easter weekend this peaked at 34 visions from a single stadium. BT M&B believes that this volume of simultaneous visions into and into/out of a single venue is unrivalled anywhere else in the UK, and possibly in Europe.

The network has enabled PLP to move production from on-site to semi-remote. On match days, PLP bring 80 simultaneous uncompressed HD feeds into their operational and production facility at IMG Studios at Stockley Park.

Unilateral content can be delivered from site to international broadcasters seamlessly. Plus, international broadcasters benefit from the network by PLP having the flexibility to accommodate dedicated cameras, commentary feeds, on-site studios etc – whatever’s needed to make a great programme. The network can also provide a return feed from BT Tower. This enables commentators, production staff on-site and in the studio, to see the output of the content in real-time.

According to BT M&B, the internet and data services available through the cabinet make on-site working for the OB and production staff easier and more reliable. It’s not just used for match day coverage either. The network is ‘always-on’, so is available for PLP’s journalists to cover any breaking news or midweek news conferences quickly and easily, in a quality way. The OB teams cab remotely open the cabinet within a matter of seconds and a reporter can simply plug-in to the data and power sockets inside.

Explaining the decision to join SVG Europe as a Gold sponsor, BT M&B Vice-President Mark Wilson Dunn comments: “As a company, we share SVGE’s ethos for wanting to advance the industry. Our strategy is to deliver greater quality and efficiency for broadcasters and in turn enable them to innovate and provide a fantastic viewing experience for fans. Our next-generation networks and the propositions we have built around these are delivering game-changing services for our customers. We’ve got a proud history of technology ‘firsts’ in this market, and we’re excited about the opportunity to collaborate with the sports community as a whole.”