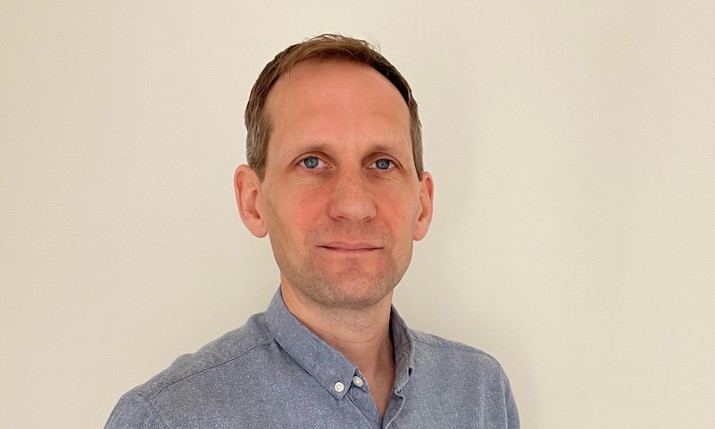 SVG Europe is delighted to announce the appointment of George Bevir to the role of editorial director.

Bevir will be responsible for leading the SVG Europe editorial team, working across the organisation’s physical and digital events, website, newsletters and awards to build on SVG Europe’s position as the leading provider of events and source of sports production news, analysis and commentary.

Bevir will take up his position on 1 March.

He joins SVG Europe from IBC, where he is group editor with responsibility for the exhibition and conference firm’s year-round editorial content, including news and features website IBC365, webinars, the IBC Daily and the IBC Podcast.

Bevir has more than 20 years’ experience working in and writing about the media and telecoms industries. Prior to IBC, he was facilities and technology editor at Broadcast magazine where he launched Broadcast Tech magazine. He has also written about the media and telecoms sectors in the Middle East. Before moving into journalism, he worked for the BBC and then Red Bee Media as a programme planner.

SVG Europe general manager Joe Hosken said: “I am delighted to welcome George to the SVG Europe team. He brings with him a wealth of industry knowledge that will be invaluable in ensuring SVG Europe continues to serve the sports broadcast sector and deliver the very best content to our community.”

Bevir added: “I’m thrilled to be joining SVG Europe. The knowledge and experience of the editorial team is unrivalled, and through its programme of events and initiatives SVG Europe occupies a unique place at the heart of Europe’s sports production community.

“Sports production is a hotbed of innovation and there is no better place to explore the latest technology and trends than SVG Europe. I’m honoured to be taking on the role of editorial director and can’t wait to join the team and work with SVG’s sponsors and members to help build the editorial programme for the months and years ahead.”

SVG Europe has also announced Nicolas Déal, CTO for Orange Sports and Media France, as its new French Ambassador. Déal will have input into all France-based events and content and will act as SVG Europe point of contact for the French marketplace.

Déal’s experience in the sports broadcast sector is extensive and includes working with HBS to deliver the FIFA World Cup in Korea and Japan in 2002, developing relationships with the IOC, FIFA and UEFA while at GlobeCast in France and designing, implementing and operating the contribution and distribution network for Euro 2008 in Austria and Switzerland. He then joined the IT department of UEFA before moving to Orange Sports & Media in 2019 and successfully delivering the FIFA WWC 2019 in France. He’s also a key player in the Orange Core Team for the Paris 2024 Olympic Games.

Déal takes over from Lise Cosimi, who is now working as general manager with the French National Olympic and Sports Committee.

Hosken added: “The first SVG France event last year was a huge success and shows the strength of the broadcasting and sports multimedia industry in the country and the innovation that is taking place. I would like to thank Lise for her great efforts in getting this up and running and wish her well in her new role. I can’t think of anyone better than Nicolas to take the helm and build on this success and I look forward to revealing details of our next SVG France event in the coming months.”