SVG Europe lines up Camerer, France, Bourne and more for Next Generation Audio Summit with Dolby 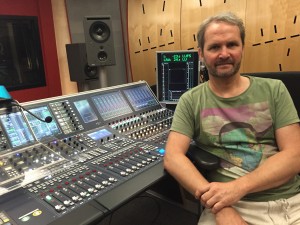 ORF senior sound engineer Florian Camerer will give the Keynote Address at the Next Generation Audio Summit.

The first dedicated audio event in SVG Europe history, the NGA Summit will reflect on one of the most exciting periods in broadcast audio since the transition from analogue to digital began in earnest. Encompassing a variety of technologies and techniques designed to deliver a more powerful and customisable experience for viewers at home, NGA is expected to resonate strongly in the high-impact world of sports production.

The Next Generation Audio Summit will also include a networking lunch and drinks, as well as special demos prepared by Dolby, and a special evening screening of the new Tom Cruise film, Jack Reacher: Never Go Back.

The full programme can be found at https://www.svgeurope.org/audio-summit-2016/full-programme/, and more speakers will be announced soon.

The Next Generation Audio Summit is an invite-only event, but anyone who would like to discuss possible attendance or participation should contact SVG Europe Managing Editor David Davies (david@sportsvideo.org) for more information.