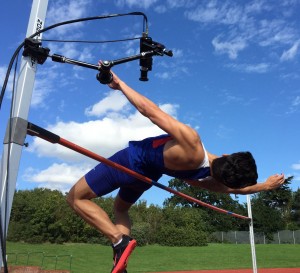 Fletcher is a company with a 25-year plus history, headquartered in Chicago, with a rental and service business focused on the supply of specialist cameras for sports broadcasting across North America; primarily Ultramotion and robotic heads. In the latter part of 2011, with the advent of NAC’s Hi-Motion II and ARRI Media’s decision to solely focus on its growing Alexa business, it became clear that there was an opportunity for a specialist supplier to open up in the UK to offer these new NACs. The NACs (Hi-Mo II) became available early in 2012 and this was a key factor in the formation of Fletcher London, a wholly owned subsidiary of Fletcher Chicago.

Is the business still focused on the NAC (Hi-Motion II)?

Not at all. Although the NAC remains an important part of our offering, we have broadened out since 2012 and also offer I-Movix X10 Sprintcam, and for the last couple of years the I-Movix Flex 4K Ultramotion Camera System, which operates well at either 4K or at 1080P/1080i (Hardwired or RF).

Our most recent addition is the Infinite upgrade to the I-Movix Flex 4K. This gives the ability to ‘All the Time Record’ within the camera system, taking away the need to tie up multiple channels of EVS. Additionally, the Infinite Record/Replay Operator can ‘Push’ Clips in the background into just one channel of an EVS; on the one hand a big operational improvement and on the other hand bringing no cost impact on the server infrastructure within a production or OB truck. A genuine ‘win-win’ for the production as well as the operator.

Is Fletcher London just about Ultramotion?

Our other area of business development has been with Ncam. This Real-time Camera Tracking system, originally developed for the Motion Picture Industry, has become more and more suitable for Augmented Reality in live broadcast environments. Ncam Technologies, a British Company, is working closely with us at Fletcher London as we are a key rental partner for broadcast.

What does 2016 hold for Fletcher London?

The year is off to a good start with a range of sports in the UK and abroad, including Ncam at the Australian Open Tennis and the upcoming French Open Tennis. More recently the two major cricket events in India: the ICC Twenty20 World Cup and the IPL. Next is International cricket in the UK, motor racing in Europe and a big international sporting event in the summer, where we will be supplying 30 of the NACs along with eight PICOs (as pictured) across a range of sports: some of our robotic heads will also be at venues too.