From its High Wycombe base, Aerial Camera Systems (ACS) has become widely recognised as a global leader in the provision of specialist camera systems and aerial filming in the UK and around the world. Sports is absolutely fundamental to the ACS business, and during the last few years its track & wire systems, minicams and robotics have been seen at the Baku European Games, Pan Am Games, Rugby World Cup, World Athletics Championships and many other major tournaments.

2015 was a particularly high-profile year, not least due to a four-fold increase in the number of customised cameras that the company supplied for use at the Wimbledon tennis championships. (SVG Europe undertook a site visit during the tournament, and its coverage can be found here: https://www.svgeurope.org/blog/headlines/live-from-wimbledon-2015-acs-customised-camera-supply-to-tournament-increases-four-fold/).

As the year draws to a close, SVG Europe sat down with ACS sales director Matt Coyde to discuss 2015’s sporting highlights, the impact of 4K and HDR, and the continuing evolution of its specialist equipment inventory…

How would you describe the overall activity levels for ACS in 2015?

It’s been a surprisingly busy year for ACS with an incredibly diverse range of work successfully delivered. As [usual] with the odd and even years major event sports cycle, we also continue to undertake a significant amount of planning and development work with 2016’s major sporting events in mind. 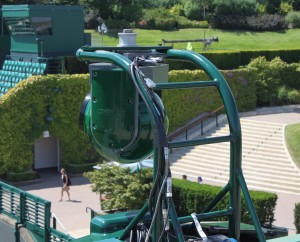 The last time we caught up, at Wimbledon 2015, you were supplying a number of additional specialist cameras. What was the post-event analysis on these and how they contributed to the tournament coverage?

The feedback on Wimbledon 2015 has been extremely positive so far and it really is a privilege to be a part of what is the most important tennis championships in the world. All the new ACS camera positions were very well-used across the tournament by both the BBC and international rightsholders, enhancing the viewers’ experience of the event. Ultimately, the best measure of success for ACS is that these new cameras for 2015 are all part of the coverage plan for 2016 and beyond.

To what extent do you think that the awareness of – and willingness to invest in – specialist camera services has increased over the last few years? And what factors lie behind this?

The requirement for specialist camera systems continues to grow; you only need to look around the industry to see the diversity of companies and equipment available nowadays to sense that. Production teams are always looking for that next ‘wow’ shoot to captivate audiences and give them the edge over competitors. They also want to be seen to be investing in and creating innovative programming. Although this somewhat niche sector is certainly maturing, with what was historically deemed as specialist becoming normalised in production plans (e.g. minicams, robotics, cranes, track & wire systems, RF, aerial filming, etc) there is still a real demand for continued specialist camera innovation in the industry, an area in which ACS continues to be a leading player.

IBC 2015 indicated that the demand for 4K capture may emerge more rapidly than seemed to be the case earlier in the year. What is your view on the current state of play for 4K… and how do you expect HDR to impact on your work too? 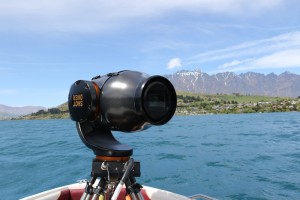 The interest in 4K is growing quickly. A number of our clients, particularly outside of the sports sector, have been shooting in this format for a while now. The initial reason was capture for archive purposes, but increasingly this is moving towards live delivery. With the launch of a number of UHD channels this year combined with 4K camera equipment becoming much more widely available and affordable, we anticipate rapid growth over the next 2-3 years and it’s quite likely that the live coverage of sports in this format will increasingly become the norm.

HDR is an interesting topic. In some ways it represents the vision pinnacle of broadcast technology, but it’s really down to whether equipment manufacturers can make this a technically viable and affordable solution for facilities providers and consumers. It’s also important that with so many buzzwords and different formats under discussion that the consumer is educated and not confused about the benefits of this new technology… not an easy challenge!

Wimbledon aside, what have been the other sports broadcast highlights of the year – and why?

Wimbledon aside, certainly our work across football and horseracing both in the UK and internationally continues to be a highlight of the business. We are also very active in athletics, cycling and motorsports events, as well as the largest service provision to date for the British Open. In terms of project work, we have been involved in the Singapore SEA Games, Women’s World Cup, Baku European Games, Pan Am Games, World Athletics Championships, Rugby World Cup and the recent Glasgow World Gymnastics Championships. In addition, we have been busy across the summer and autumn shooting city and stadium aerial scenics for one of the major international sporting events of 2016.

Aside from sports, what are the other primary contributors to the ACS business at this time? 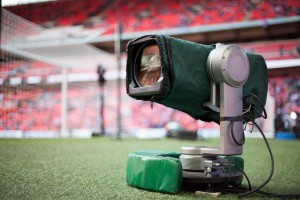 The new SMARThead3 with box lens

Sports is our biggest business sector by volume; however, outside of this, we are the preferred supplier of robotics (ACS SMARThead) to BBC events, 2015 events including VE Day, Battle of Britain Memorial Service, Carols for Kings and Midnight Mass, and the wider sector in general, eg. Richard III Memorial and Swedish Royal Wedding. Our Railcam and SMARThead units are also involved in London Fashion Week, music and entertainment shows (eg. Ed Sheeran in concert), and non-sport aerial filming services for the natural history and documentary sectors.

Finally, what can you tell us of ACS’ forthcoming plans?

Our primary focus both now and into the future is ensuring the highest quality of service provision to our customers. We already have significant commitments next year, particularly across the summer. We will continue our investment plan, which is focused on maintaining and developing existing business, and the continued expansion of our 4K capabilities. [On a related note] I am pleased to announce the recent acquisition of a Shotover next generation stabilised camera mount, which offers significant flexibility in terms of lens and camera combinations including live 4K aerial filming, as well as a number of Toshiba 4K minicams with 4K fibre transmission and RCP control. We [will also broaden] our product range both through acquisition and development, and exploring new market territories.