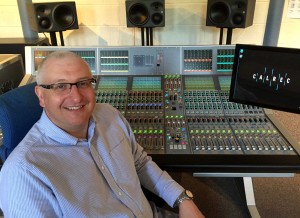 Formed as a microphone manufacturer in 1964 in the United Kingdom, Calrec Audio moved forward into the creation of sound mixing consoles in 1971. At the recent BVE show, the company introduced its Brio and RP1 solutions to the British market. Brio is the most powerful and compact digital broadcast audio console in its class, with a comprehensive broadcast feature set. The smallest in Calrec’s Bluefin2 family, Brio, is only 892 millimetres wide, and the dual-layer, 36-fader surface provides more faders in a given footprint than any other audio broadcast console.

This launch was based on the experience of more than two decades of digital development by the company – so a natural start to the interview with Vice-President of Sales Dave Letson was to address the challenges of the audio sector.

What are the key issues facing makers of audio solutions in 2017?

IP technology is changing the broadcast industry in a revolutionary way, and is transforming how audio, video and control data is encoded, transported and managed. The impact on the design of broadcast equipment is profound.

Calrec supports multiple protocols with AES67, Ravenna, AVB and Dante solutions, as well as a SMPTE 2022-6 video protocol. We also provide a SoundGrid interface module to give direct connection between Hydra2 and the Waves SoundGrid network.

Has the introduction of remote sports production made an impact of the products you offer?

There are three major barriers to reliable remote broadcasting: latency, control and transport. RP1 addresses all three. It uses local DSP to generate monitor mixes and IFBs with zero latency. It gives remote operators real-time control over essential channel functions like mic gains, monitor mixes and fader levels and provides a mechanism to embed audio into existing backhaul technologies, such as SDI. 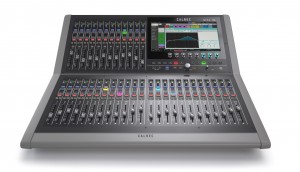 Demand for the new Brio console has been considerable and helped open up new territories for Calrec.

Additionally, internal and external signal distribution is continuing its move to IP based solutions. We decided to support all the Broadcast orientated AoIP protocols rather than push broadcasters to one particular standard. That way broadcasters can choose the solution that suits them best.

SMPTE2022 and AES67 are right at the forefront of IP based broadcast infrastructures and because we support both standards, broadcasters looking at adopting these technologies or looking ultimately to move to elemental streaming with SMPTE2110 can rely on Calrec to provide the most appropriate solutions.

Overall, have the requirements of broadcasters and production companies changed in recent times when it comes to audio solutions?

Actually, the biggest shift broadcasters have had to make is conceptual.

Broadcasters require more flexibility from both their mixers and their networks and console are treated more like a node on a network than a standalone mixer. Many of our customers look at how they can adapt their studio environments to meet changing criteria, and our Hydra2 networks have enabled many of them to embrace the concept of networking and I/O sharing since the launch of the Apollo and Hydra2 in 2010.

But more traditional engineering is still just as important – Calrec consoles are still designed from the outset for broadcast and live production.

You’ve recently signed distribution deals in Hungary, Finland and Estonia. Does this represent a major push into various areas of Europe?

Exports account for 85% of turnover in an average year, and our new Brio console has given us access to brand fresh geographic markets, as well as new customers in established markets like the US, Russia and Eastern Europe.

Brio has really captured people’s imagination, and has given us opportunities in European markets where we have historically struggled to get distribution. In the last few months we have appointed new distributors in Poland, Finland, Czech Republic, Latvia, France and Switzerland, and the list is growing almost every week!

Last year you launched a series of tutorials. Do you see a lack of training in the colleges for engineers and users in the audio sector? 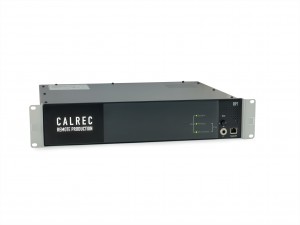 In the UK, there are a number of excellent courses in audio, and as a manufacturer we try to establish links with as many institutions as we can. In fact, several colleges, including Ravensbourne and Salford, stock our popular Audio Primer as reference material. However, it is fair to say that there are few accredited training courses in the industry specifically tailored to broadcast audio, and as a company (as well as an industry) it is in Calrec’s interests to ensure our customers are getting the most out of the available technology. It is for this reason we have invested more and more in training over the last few years, from our grass roots Audio Primer, and our comprehensive Summa and Brio training videos.

This month we are launching a new range of highly-structured courses which offer detailed programmes in a variety of disciplines from how to operate a console right through to configuring complex networks.

It was said in the past that it is difficult to create successful digital signal processors for broadcast. Has there been a satisfactory solution?

The advent of multi-channel surround initially created problems for broadcasters in terms of capacity, problems which still plague some console manufacturers. Calrec’s Bluefin2 FPGA technology is still the most efficient way to process sound for broadcast. We had the world’s first implementation in a mixing console of Field Programmable Gate Array (FPGA) technology for DSP processing. Bluefin – and later Bluefin2 – provided enough processing on one DSP card to power an entire mixing console running surround-sound productions, with no resource sharing.

When comparing DSP capabilities, care should be taken comparing “like for like” specifications. The difference between what you think you have and what you really have may be significant depending on whether the console uses shared DSP resources or not. A console defined as having 240 channels actually has 240 DSP channels which can be used as input channels. However, what does that input channel consist of?

Furthermore, if the main output buss requires a simple output limiter, that can once again take from that initial pool of available DSP processing. Bluefin2 is a much simpler approach. If we say your consoles has 240 channels and 72 Mains and Groups, every single one of those paths is always fully-resourced with EQ, Dynamics and everything else.

The culture of change we are all experiencing is only going to accelerate over the next five years. We are operating in a very collaborative marketplace, with manufacturers and customers working alongside each other to achieve common goals. Organisations like AIMS are working for the benefit of everyone and keeping us all focussed on the bigger picture. The future of the audio market is more collaboration and more commonality across platforms, leading to more flexibility for the customer and better content for the consumer. It’s up to us all to make sure we keep talking with each another to make this happen.