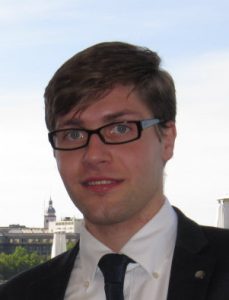 It was more than 60 years ago that Canon introduced the first BCTV lens,  the “Field Zoom IF-1” with a 6.7x zoom range, which was the highest in the industry at the time. Since then the company has advanced the art of high-end optical design on many fronts – working in close collaboration with international broadcasters and producers to develop innovative products and enhance customer satisfaction.

Our conversation with Blazej Klacansky, channel development manager, broadcast and cine lenses, focused very much on the future…

What can we expect from you at IBC?

Canon was first to develop various new key technologies in the broadcast lens sector and it is committed to bringing lenses to the market at the pinnacle of optomechanical design. This year we’ll showcase lenses which support 4K HDR broadcast systems, offering superb optical performance that surpasses 4K – along with high-level optomechanical build for unmatched reliability.

What do you see as your biggest challenge for the next twelve months?

Innovation in image quality is in our DNA. But as the format requirements of the broadcast industry become increasingly complex and demanding, Canon’s world-renowned imaging tools need to be designed for now and for the future. Due to the unrivalled optical performance of 4K Premium Box and UHDxs ENG type class lenses, and operability of UHDgc range, we expect to see a marked demand for Canon’s 4K broadcast lenses. Right now, Canon has the widest range of 4K 2/3” lenses available on the market.

The BBC streamed the recent World Cup in HDR. Where do you think the industry generally will be with HDR by the middle of 2019?

HDR is not a technological fad like 3D was. We have seen strong adoption of 4K HDR as well as HD HDR across European countries, and can expect the trend to increase exponentially by 2019.

Looking further ahead. What do you see as the progress for 8K over the next couple of years?

Canon is ready to meet 8K demand today; however, for European broadcasters and content producers, 4K HDR still proves to be a challenge. Canon carefully evaluates demand from all corners of EMEA, but unless 4K HDR reaches maturity stage the adoption of 8K won’t happen quickly. However, Canon is constantly evolving its unrivalled line-up of broadcast products to meet the ever-evolving requirements and standards of the media industry. In 2014, Canon developed its second generation 8K lens, which featured a 7x zoom range. Mobilising the most advanced optical design and manufacturing techniques, Canon succeeded in supressing chromatic aberration to virtually zero, while maintaining the highest resolution throughout the entire focal length range. This year, Canon worked actively to develop next generation 8K lenses to meet the demand of Japanese broadcasters that shot the recent Winter Olympics in 8K and will start 8K broadcast in December of this year.

What are the specific demands of sports broadcasters when it comes to your products?

Sports broadcasters need the finest optics and image reliability. The two new 4K 2/3” lenses – the CJ45ex13.6B and CJ45ex9.7B – that Canon announced at IBC 2017, and delivered in the first half of 2018, have proven very popular for live production and sports broadcast customers for meeting these demands thanks to Canon’s Stabilisation technology and ability to produce high-quality 4K HDR imagery, even at far-end focal points.

Are there any future plans you’d care to discuss?

Canon is now celebrating 60 years in the lens broadcast business. During this time, Canon has been at the forefront of broadcast innovation and optical excellence, including introducing the world’s first broadcast lenses using artificial fluorite, Internal Focus and Optical Image Stabilizer, amongst others. Canon continues to invest heavily in R&D, so our customers can always meet the increasingly complex requirements of live production and sports broadcast.