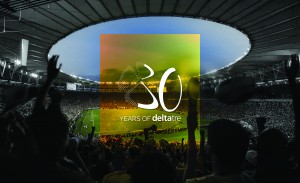 As sports technology leader deltatre celebrates its 30th anniversary, it is clear that any moment of reflection will need to brief indeed as another very busy year takes shape. Apart from involvement with two of 2016’s most important events – the Euros and the Rio Olympics – there is also a burgeoning portfolio of interests in less mainstream sports (a new partnership with the Gaelic Athletic Association was announced only last week). Meanwhile, the company’s global footprint continues to grow, with a new office in Tokyo opening in February.

How would you describe 2015 in terms of overall activity levels for deltatre?

On one hand you have the four-year cycle in sport that is mostly driven by major events, so 2015 was an [odd year out] and one in which you would you expect activity levels to be a bit lower. But in fact last year was our best ever in terms of revenue, which means our business model has evolved to the point where we have a wider array of clients. It’s great to have that combination of larger, seasonal-type events and those clients who you work with all year ‘round.

Can you elaborate a little on this diversification strategy?

It’s something that we have been working on since 2010. We continue to have a number of big clients – such as UEFA, FIFA and the Olympics – but the diversification has resulted in substantial growth in multiple sports. So for example, we now have FIS [Alpine Skiing], Gaelic football, England Rugby, European Tour Golf and many others. The new clients are mostly federations, rights’ holders, leagues or media companies, and I would say that about 90% are still within the [traditional] rights ecosystem.

How do you assess the state of play with regard to OTT and other new routes for delivering content? 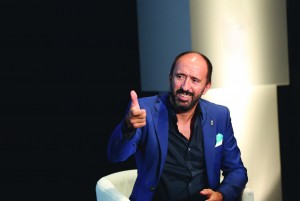 There is a need to find new ways to reach audiences; for instance, the rights owners are [looking carefully at this area] and may not feel they are really delivering the full value at present. There are some broadcasters doing some brilliant work – for example, BT Sport is doing a great job with UEFA Champions League and is using deltatre services for the very successful BT Sport App.

What is clear is that it is often brands who know how to monetise [most effectively] and have an idea about how to create content outside of the traditional broadcast ecosystem. In terms of what [the federations can and cannot do] it can be difficult, so there is definitely a learning curve involved here.

Can you highlight a recent project where the federation or organising group really did make the most of the opportunities for additional content generation?

I think what the STAR Sports in India achieved around the 2015 Cricket World Cup was amazing. It was a great project for us in the sense that they were very clear about what they wanted to achieve and they did a fantastic job at pushing the digital side. We were extremely pleased with the way they used our concept to make content that was really clever.

Where did you think future growth is likely to be centred?

We have been and always will be a global company, but to date it is true that we have mostly been European-based. We have worked with the likes of NBC in the US, so it’s not that we don’t have business in [non-European] countries, but we have not had significant presence locally.

In the future, the Americas is one of the areas where we expect an expansion [of our business], but more and more we are looking to Asia. There is a lot of sports growth there – the leagues and clubs are really popular – so if the big corporates move in [then the market will really take off]. There is a potential thing could grow very fast there and without some of the constraints of some countries here in Europe.

[Already we are making inroads in Asia Pacific.] We are not in China yet, but at the moment we are in India, Singapore, Australia and Japan.

In general, how would you describe the awareness of the services deltatre is offering?

It is improving all the time. Given that we are trying to innovate on a very frequent basis, it can sometimes take a while [for that to be acknowledged by the market] – particularly in terms of [asserting] the value of digital with regard to pure monetisation as well as brand positioning. It can be more difficult to sell than traditional broadcasting services. But I think that will change over time.

What are likely to be the major milestone events this year?

Well, we have the Euros and Olympics this year, so those are clearly massive events for us; in fact, we will have about 150 people involved with each. But we will also continue to focus on the development of new solutions. What we call Digital Host Services that provides a layer of exclusive content in digital-ready format and digital and mobile solutions on top of the traditional host broadcast service. It’s a service concept that we are trying to expand beyond UEFA and the Olympics.

As a company we are moving more and more into the broadcast studio space, so we are putting a lot of thought into how we create a meaningful creative offer to sports broadcasters. I would suggest that narrative is our [particular] angle, and so we will continue to look at ways in which narrative[-centric] content can survive and thrive in the digital ecosystem. We want to play a role in making something that has cross-media [appeal] and which people really want to share – and therefore allow fans to really come onboard.