SVG Europe Sit-Down: Dolby’s Jeffrey Riedmiller on the immersive and IP-based future of audio for broadcast 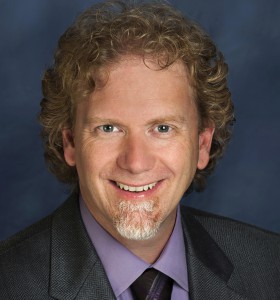 Jeffrey Riedmiller: “The demand for more immersive – lifelike – and personalised experiences anytime anyplace is only growing.”

The immersive audio format Dolby Atmos may have attracted a fair share of headlines recently for its innovative credentials, but Dolby’s history of groundbreaking R&D stretches all the way back to the mid 1960s when founder Ray Dolby commenced work on the first of his noise reduction technologies.

In 2014, Dolby’s global portfolio of solutions encompasses audio processing, video processing, cinema sound, live sound and more. Delivering a more compelling audio experience for sports fans at home is one important aspect of its current developmental work, and in this context the company recently became a Platinum sponsor of SVG Europe.

Reflecting on past, present and future projects, senior director, Sound Group, Office of the CTO, Jeffrey Riedmiller sat down wth SVG Europe recently for a comprehensive update on all things Dolby Labs…

The Dolby Atmos project has attracted a great deal of interest over the last few years. How would you assess its progress in terms of rollout for broadcast and cinema?

Dolby Atmos is the leading immersive audio format and we continue to see momentum for the technology in both the cinema and the home. Today, more than 1,000 cinema screens worldwide have been installed or committed to be equipped with Dolby Atmos, and more than 275 Dolby Atmos titles have been announced globally from all major studios including Lionsgate, Paramount Pictures, Sony Pictures, Twentieth Century Fox, Universal Pictures, Walt Disney Studios and Warner Bros. Recent global releases include Mad Max: Fury Road, Tomorrowland and Entourage.

It’s been less than a year since Dolby Atmos for home theatre was launched and there are already over 33 SKUs in the market and support from all major AV manufacturers. Twenty-five global titles have already launched, including Blu-ray disc releases such as Gravity, The Hunger Games: Mockingjay and American Sniper. All of this progress has generated tremendous momentum among the worldwide broadcast community, and is evidenced by the activities within several international and regional broadcast standards bodies currently focused on the enablement of next-generation audio experiences – including immersive and personalised.

Dolby Atmos is all about engaging our auditory system in a more natural way –sound that can be precisely placed and moved anywhere in three-dimensional space, including overhead. It brings entertainment alive all around the audience in a powerfully immersive and emotive experience.

Immersive audio places the audience at the centre of the action. Taking the example of Mad Max: Fury Road, the enveloping sound scape created by Dolby Atmos means that audience feels like they are being consumed by the giant fireballs and tornadoes that make up the action – but this could just as easily be a sports fan watching their team on TV at home, fully enveloped by the sounds at the stadium. Passionate sports fans have a strong emotional connection to their team and to the game – and an immersive audio experience helps to enhance that emotional connection with viewers – like being there.

To what extent do you think there is now recognition in broadcast circles that audio needs to keep pace with visual developments like 4K – and that sustained investment is needed to make this happen?

The demand for more immersive – lifelike – and personalised experiences anytime anyplace is only growing. As stated earlier, several worldwide and regional standards bodies are fully engaged in activities to ensure next-generation audio keeps pace with the work the industry is doing to enable next-generation visual experiences in 4K and beyond.

In addition to the development of Dolby Atmos, we have been working with the broadcast industry to develop a new audio format: Dolby AC-4. Dolby AC-4 is designed to address the current and future needs of next-generation video and audio entertainment services, including broadcast and internet streaming. Dolby AC-4 is a one-stop end-to-end solution that spans content creation, distribution/interchange and consumer delivery. In particular, Dolby AC-4 provides both operational and bandwidth efficiencies that will be important for the delivery of these new services and experiences – including immersive & personalised sound – across a wide range of broadcast systems worldwide. Finally, George Lucas is famously quoted as saying that “sound is half the experience” and entertainment providers – from the cinema, to the home and even on the move – are increasingly recognising the importance of audio in delivering the complete and more lifelike experiences.

In what ways does sports broadcast feed into Dolby R&D work?

Dolby has a long history of working closely with the creative community for cinema, but for broadcast – including live broadcast – as well. These engagements have and continue to bring tremendous value directly into our ongoing research and development efforts. The success of any new system, format and experience must fully embrace and enable the creative community’s vision for sound – as their support and buy-in is a critical component for gaining adoption throughout the broader media ecosystem. One of our first demonstrations of Dolby AC-4 at NAB in 2014 showed its potential for delivering personalised entertainment experiences for sports programming – in that instance offering the viewer a number of different audio options for fans, such as with and without commentary, and audio from the pitch or from the crowd to provide the viewer with a personalised and engaging experience.

Can you nominate a great recent example of a close cooperation with a sports broadcaster?

Most recently, Dolby has been working with France Télévisions supporting its broadcast of the French Tennis Open. Specifically, Dolby worked closely with Envivio to support live real-time encoding of a Dolby AC-4 audio signal for its 4K streaming demonstration of this year’s championship – a first for a live 4K broadcast.

What impact do you expect audio over IP to have on broadcast audio over the next few years?

We believe that a migration to an all IP infrastructure (including audio) will be a key driver for enabling wide availability of both immersive and personalised programming for viewers – as the aging SDI infrastructure lacks the ability to easily scale up to meet these (and any future) needs, which require interchanging a wider range of audio elements along with a robust and synchronised channel for metadata. This shift is synonymous with the industry’s transition to embedded audio in SDI many years ago that was driven by the growth and demand for 5.1 multichannel audio. We are also committed to continuing our work with the industry to foster the development of open standards supporting professional interchange of next generation audio programming across broadcast workflows and day-to-day operations, and work to standardise an all-IP infrastructure is a critical part of everyone’s work to enable the future.

Finally, please give a few hints of upcoming Dolby developments with implications for sports broadcast…

Audience expectations change constantly, raising the bar for convenience, innovation and personalisation. Dolby’s powerful new audio format, Dolby AC-4, creates powerful new opportunities for everyone involved in the broadcast of sports and other events to engage fans at a deeper level. By leveraging Dolby AC-4 as a part of their workflow, broadcasters will have a whole new palette of immersive and personalisation features to offer, and these can be provided to viewers in a way that is extremely flexible, or delivered as a small number of preset options, as they choose. As a result, viewers will be able to have more control over how they engage with live sports and event broadcasts, so they no longer have to be restricted to the one-size-fits-all model that currently dominates.