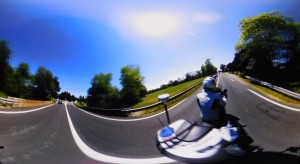 Euro Media Group (EMG) is active across Europe with operations in France, Belgium, Netherlands, Germany, United Kingdom, Switzerland and Italy. It also owns the largest range of studios as well as the greatest fleet of mobile facilities in Europe. Those OB units have been involved in events such as the Tour de France, Football World Cup and Formula One.

So the company has a great deal of experience, but that also brings challenges – and that’s where our discussion with Gaël Tanguy, the Chief Technical Officer of EUROMEDIA (France), began…

What do you see as your biggest challenges as a group for 2017?

In France, as far as 4K is concerned, the challenge consists of answering the demand of CANAL+ to broadcast the Premium football match of Sunday night in UHD. In addition, we are going to be ready to guarantee the broadcasting of every rugby Premium match in UHD by the end of year. At the group level (EMG), a European team, with members of each country, will explore the fabric of tomorrow’s ‘IP’ facilities.

Earlier this year you covered the PSG/AS Monaco football match in full UHD. What changes did you make to your OB truck to make this possible?

Since the success of the football match in January, we switched to broadcasting one match per week in our A21 OB truck. We added a second string to our bow, having commissioned a second OB Truck (B40) in full UHD. Out of service for almost a month, the B40 truck’s upgrade was modelled on the A21 vehicle, which has received unanimous praise since its appearance in January. The OB truck was completely rebuilt from the ground up using high-end design technology. This new full-UHD truck has a GVG Kayenne K-Frame switcher, a SAM router and glue, Evertz multiviewers as well as Vutrix and Penta broadcast monitors. We have also invested in cameras and lenses in order to broadcast the Monaco Grand Prix and the Top 14 finale in UHD.

What plans do you have for the future expansion of 4K broadcasting? 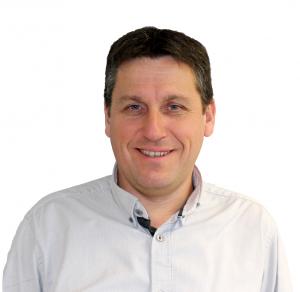 The B40 OB Truck was created in full UHD specially to meet the specifications of our customer, ACM, for the international signal of the Monaco Grand Prix. Each year in Monaco we accomplish a major production feat by using all the available resources of one single OB truck and moving workstations to another OB unit. This year the technological challenge consisted in maintaining the same number of cameras and using the combined resources of the two UHD units.

From two trucks, we achieved a UHD coverage with 52 UHD cameras – a great first because such a set-up had never been achieved previously in OB trucks.

The UHD set up includes creating a complex workflow that is four times more powerful than previously needed – and which can rapidly shift from shooting in HD to UHD. We considerably increased the capabilities of the router, switcher, and glue for that task.

How do you see the progress of remote live production for sports?

We continue our brainstorming workshop on remote production at a European level within the EMG think-tank. Many proofs of concept have been carried out at the group level. I can only say that technically it works, but the massive deployment is obviously linked with the fibre deployment.

Lionel Vialaneix has said that EUROMEDIA is taking the lead role in 360° video. What developments can we expect to see from you in this technology?

We are working on complete video 360 solutions. In the field of cycling, for instance, we are working on wireless transmission to provide more immersion within peloton. Last week, on the Route du Sud race, we provided the first worldwide live transmission of a 360 camera onboard a motorbike on behalf of Eurosport. The motorcycle coverage is now capable of delivering live signals in 360°. It opens up a fabulous perspective for the development of media coverage of races, both for television and other digital media. This successful test will enable viewers to follow races in a completely new way. We were the pioneering leader in wireless broadcasting and we are still continuing our long tradition of innovation in cycle racing coverage.

EUROMEDIA trucks were very much in evidence in Monaco

Where do you think we will be with HDR by the end of this year?  Or should we be looking further ahead for significant take-up?

Last year at Roland-Garros we provided an HDR coverage on behalf France Televisions. This year, the whole chain from production to broadcasting was concentrated for the time in an OB truck that had been transformed into a large testing laboratory.

In the same way that the HDR has constituted an impressive evolution for the colorimetry of the video part, Dolby and EUROMEDIA have worked together to capture an immersive and true atmospheric within the audio transmission.

We’ve just created the first recording sound in Dolby Atmos in Roland-Garros. This audio element was an astounding progress – one that has put us at the forefront of technology. We are currently in discussions with customers to encourage the use of Dolby Atmos. It is undoubtedly the future of immersive sound, and marks a new era of live sport on television.