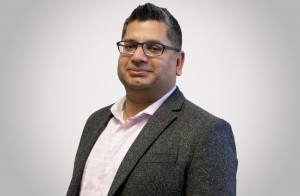 Evertz brought new innovations on multiple fronts to IBC2015, but underpinning many of them was a resolute belief in the transformative abilities of IP-based workflows. Perhaps most significantly, the company highlighted the ever-growing roll-call of vendors and users to have adopted its ASPEN protocol for IP facilities, which was introduced at NAB in April.

In the wake of what was by any standards a landmark IBC for Evertz, director of product marketing Mo Goyal sat down with SVG Europe to mull over the movement towards IP, adoption of the Dreamcatcher production and instant replay system, and priorities for the months ahead…

How would you describe overall activity levels in 2015 compared to 2014?

It has been a very busy year for us, and the big thing driving activity has been increased acceptance for our IP solutions. We have gone from a situation where we had maybe two major installs at the beginning of 2014 to more than 20 now. That change alone indicates that the market has started to accept the transition to IP and is now working on implementation.

Why do you think IP is achieving such widespread acceptance now?

Particularly with larger operations there is now a strong business case for IP, not just in terms of 4K production but also general consolidation of facilities and equipment. The business needs to move forward, and you can see that kind of IP-based optimisation of resources taking place at companies like Game Creek Video. Moving to an IP core has given them huge amounts of flexibility to meet both the current requirements of Fox Sports and anything else that is likely to come down the pipe over the next 5-7 years.

The North American market has become the first to move towards the adoption of IP in a major way, but I think we are now beginning to see that happen in Latin America and Europe as well.

What is the significance of the groundbreaking AMC Networks project?

10GbE is a major element in the sense that it means facilities can use IP and keep everything uncompressed within the facility; there is no need to use compression to get content in or out. Instead you can keep everything as native as possible while enjoying the benefits of an IP infrastructure.

The way we see it going, 10GbE is rapidly becoming standard infrastructure. We also have 40GbE and 100GbE on the way too, and again those development are coming from the IT business side. Data centres are looking for more and more bandwidth, and broadcast can benefit from the IT sector pushing the overall costs down. It will bring huge benefits for our industry.

How would you characterise the market progress made by Dreamcatcher?

The install base has grown significantly in recent times. The North American market really provided the foundation for the success of Dreamcatcher, but now we see it building out on an international level. If I had to explain it, I would say that more and more people have come to appreciate the workflow efficiencies you get with Dreamcatcher, and the ways in which it can help tell the story of an event. The system continues to develop, and at IBC2015 we were able to showcase new advanced editing tools to streamline workflows for publishing content to the web, a 3RU chassis with three channels of Ultra HD (4K), and support for high frame rate cameras.

Now IBC2015 is done and dusted, what is Evertz’ key priority for the next few months?

Following on from the announcements about the adoption of ASPEN at IBC2015, we want to continue to educate the industry on the benefits of IP-based deployments, and work with other members of the ASPEN community to highlight real-world applications of IP in the production environment. There is plenty of work to be done!