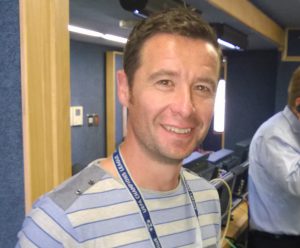 Finepoint Broadcast has been supplying broadcasters with a wide range of production and OB equipment for over 35 years. As such, it has extensive contact with both manufacturers and users and that provides good insight into both ends of the sales and hire markets. Our Sit Down with Richard Baker, New Equipment Sales Manager and Andrew McKenzie, the Chief Engineer starts with a look ahead to next year..

What do you see as your biggest challenges for the next twelve months?

In the next 12 months, the challenge will be for production companies and OB providers to start working at the capacity of technology that is already available for acquisition/workflow made available by hire companies across the UK and Europe – that is 4K, HDR IP. With regards to our dry hire business, the next 12 months is looking very busy with 2018 being a popular year for major sporting events. Often the short turn around between events and long transit times cause logistical problems moving equipment from one side of the world to the other.

We see remote IP as being a positive move to expand the amount of content created in lower cost productions, while maintaining high technology and production values, such as centralised production hubs. Successful small test events have been carried out by Sky, but it really needs to be experimented with on larger high profile productions to really put it through it’s paces.

One of the main problems in this field would be providing a reliable single network IP connection carrying all content between venue and production.

VR has yet to make a real impact in live production, despite it being used in various applications over the last couple of years. The idea of a fully immersive experience does appeal, but it has to work in practice. The experience can have an isolating effect on the viewer, so it would be good to see the development of multiple VR positions within a stadium that can be switched between, or enjoyed by, a group of viewers together. We see VR as an immersive technology which can enhance traditional productions. As there isn’t huge investment required by the consumer, we see it becoming popular very quickly if the correct application is found.

Is Esports having an impact on the rental market?

We have supplied kit to a few Esports events, and we would expect this to increase as popularity surges. We can envisage a demand for more live studio cameras, depending on the host venue and size of studio audiences. Obviously, as events get larger, the requirement to cover all the angles increases. Depending on the game and event, we’re not sure the focus will be on the player – they tend not to be the most dynamic and engaging characters – sorry to stereotype. I would expect most of the production attention to be on the live feed from the video game, the presenting talent and the commentators, but as most of the players are sitting in front of a screen. We don’t imagine there would be much demand for anything more than Go-Pro type miniature action cameras, or a feed from the players VR headsets.

Where do you think we will be with HDR by the middle of 2018? Or should we be looking further ahead for significant take-up? 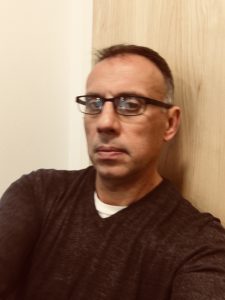 We see HD/HDR making significant inroads by 2018 as it’s easier to transition into the home for mainstream TV viewing. It would seem the main hurdle for most recent developments has meant an increase in bandwidth – an expensive upgrade for the production and viewing audience, but this is much less of an issue with HD/HDR as there’s very little extra bandwidth needed. HDR can be appreciated regardless of screen size – which we see as a huge plus for the technology, as viewers are increasingly watching content on phones and tablets, However, we see this just as a transitional period before UHD/HDR takes over with the introduction of more large domestic TV screens supporting this media. We are already seeing key sporting and live production shows being acquired and delivered on a 4K platform – events in particular like Premier League Football and Rugby.

You are obviously in touch with equipment manufacturers on a regular basis. But is there one thing that you’d like to see them achieve that just hasn’t happened yet?

IP standardisation, 2110, is being taken up by all key manufacturers so you can have an end-to-end IP workflow. In the meantime perhaps we’d like to see more developments in high bandwidth BNC connections as a stop gap to IP.

Is there a European based case study that shows what you can do for a sports broadcaster?

We are working closely with all up and coming sporting events, we have been, and continue to be involved in all major productions. We are gearing up for another very busy year, particularly being an even year! However, due to the nature of these events, we are unable to comment on specific details in relation to these productions.