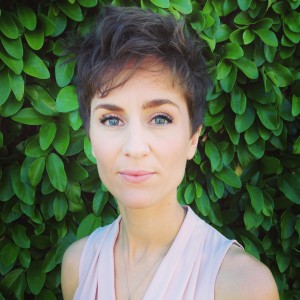 Several new products from the HARMAN stable appeared at BVE this year. These included the Studer Micro, a compact broadcast mixer that can be utilised in both production studios and for ENG/DSNG applications. As with many other manufacturers, remote sports production is very much a focus at the present time.

As Katy Templeman-Holmes – who is Director, Solutions & Marketing | Hospitality & Broadcast at HARMAN – reveals in an interview that covers a multitude of topics, the introduction of a smaller console is an innovation for the product range and well-suited to the expanding need of IP production. She also discloses details of some interesting developments that will be seen (and heard) at NAB…

What differences has the increasing use of remote sports production made to HARMAN?

Using REMI (remote-integration model) production techniques allow broadcasters to keep more of the assets they need to create a show centrally located. REMI is as flexible as it is revolutionary and we have to consider this ‘new environment’ in every aspect of our product. Be it physical form, additional features, or cost, they all influence what we design and when, and how we prioritize that against a more traditional road map. The new Studer Micro is a great example of a HARMAN solution – a small, wearable, I/O & DSP chassis, controlled via WiFi on a tablet. Rather different to the large format audio consoles we are more commonly associated with!

Aside from IP, have the demands of broadcasters and production companies changed in recent times when it comes to audio solutions?

There are some general ‘themes’ underpinning the industry right now: centralisation, standardisation, virtualisation, and automation. These four recur and manifest in so many areas of the media company, and certainly apply to audio, too. Whilst I would acknowledge these as ‘demands’, the solutions are rarely being proposed to us a manufacturer. They seem more like one-word questions, desperately awaiting answers. We use these ‘themes’ in our technology and subsequent product roadmaps; everything we are designing at HARMAN has come from these themes – others, too – but these dominate our solution definition. This is clear in our roadmap presentations, which we do for our partners who invite us in to support their projects. We’re not as often asked about products, as much as we are asked about solutions and roadmaps; where are we going, why are we going there, how does that address the above ‘themes’? There’s a hugely impactful synergy going on between HARMAN and the media industry, and it’s starting to show.

Audio items such as headphones and loudspeakers often play ‘second fiddle’ to the more obvious part of the system such as consoles. But what developments have occurred in headphone and speaker technology in recent years? 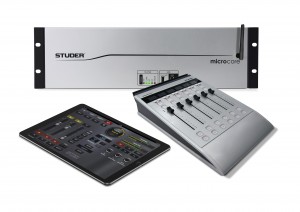 A departure from the larger consoles, the new Studer Micro can be controlled via WiFi on a tablet.

In the past five years, research in headphone sound quality has identified a new preferred target curve response based on an accurate loudspeaker properly calibrated in a reference listening room. The new target curve has been tested and found to be preferred versus the most popular consumer and professional headphones, as well as the target curve recommended in the current standards. The commonality between the headphone and loudspeaker target curve means that broadcast engineers and producers can either use loudspeakers or headphones to evaluate audio content and come to similar conclusions.

The JBL 7 series supports this. The 7 Series are a master reference monitor range, in both passive and now powered form. The range has a patent-pending Image Control Waveguide that provides an acoustically seamless transition between the woofer and high-frequency transducer and a wide sweet spot with increased sonic detail and neutral on- and off-axis frequency response. You don’t believe the sound produced without a standalone sub; you can hear them at NAB in a listening lab we will be hosting, and also on the Avid booth in an amazing immersive audio booth install. Beyond the sonic quality though, is the sonic continuity. As IP infrastructure brings opportunity to be more flexible and transient with hardware, the continuity of monitoring can be compromised. Paired with the JBL 7 series is the JBL Intonato 24; a comprehensive solution for easy setup, precise automated calibration, and complete control of monitoring systems in stereo, surround, and immersive audio production rooms.

What exercises do you undertake to evaluate users’ needs when it comes to design and operation of audio equipment?

Before manufacturing comes design and innovation. HARMAN has around 15,000 R&D and Engineering people in its team, and spends over $400million in R&D a year. We have some of the world’s leading technology experts in our family, and to that, we include our technology partners and clients. At NAB we kick off our first HARMAN Broadcast Council meeting, which is a confined group of industry leaders elected to help direct the future of our industries solutions. We specialise in the technologies, but actually, it’s the industry that ostensibly determine how we apply that technology, and productise it. “We can potentially do this and that, how can that benefit you?” A simple question opens the floor to some incredible brainstorming and innovation, above and beyond just audio. 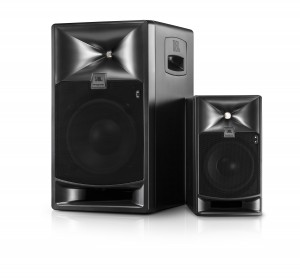 The JBL 7 series is a master reference monitor range, in both passive and powered forms

In your experience, are the engineering educational establishments turning out students who understand the needs of studio for sports broadcasting? Can more be done in that area?

So much more can be done. Looking ahead, the nature of the broadcast engineer’s education will change. As our workflows and operations have evolved, become more IP-based, infrastructure is centralised, standardised, virtualised, etc, the expertise of the engineers and operators arguably flattens out; IT based skillsets are more necessary. Perhaps it’s not just direct ‘trade’ education that’s required, but more awareness that broadcast and production is an opportunity to exercise an IT-orientation. Raising awareness of the industry, beyond the glitz and glam that is more familiar and broadly inviting, that the real action and excitement happens in production. They’ll never get bored or know too much, that’s for sure!

Finally, any future plans you are free to discuss?

NAB 2017in Las Vegas is one of the most exciting shows for us in a long time. So much work has been going on at HARMAN to ensure we are providing the broadcast industry with solutions they need, as well as innovating and leading workflows. DIOS will be a huge focus at the show – this is a SW routing solution that is taking off, yet we have barely even mentioned this publicly. 3D audio, video, and control solutions are areas we are working on and will be announcing in the coming weeks and months.