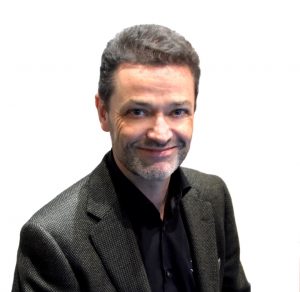 Hitomi’s name means “pupil of the eye” in Japanese and it can also mean “wisdom, intellect” (hito) and “beautiful” (mi). The company is operated from Slough in Berkshire, UK, and is dedicated to helping customers achieve exceptional live broadcasts, effortlessly. Its technology is now integrated into numerous systems worldwide and is used by a multitude of high calibre events and productions. SVG Europe asked director Russell Johnson about that technology…

Having correct lip-sync is an obvious requirement for quality broadcasting. For the non-technical readers, can you explain the problems associated with achieving this objective?

Audio and video data streams are separated from each other very early in the transmission process. The paths that they take are not the same which can lead to them arriving at their destination at slightly different times. In coverage of live events, end to end delays can vary dramatically and can be different for each broadcast. Misalignment is frequent, but the issue is how much timing correction is necessary and to which element in the chain. It is very hard to tell by ear and eye alone as each person’s perception varies. When “going live in 5” the last thing anyone wants to do is experiment.  The challenge is to accurately measure how a system lines up before going on air – easily and quickly.

MatchBox is your flagship solution?  What are its main features?

MatchBox is a state-of-the-art alignment tool capable of measuring audio/video timing to a resolution of 0.1ms.  It also does much more…

A generator unit produces a time marked test pattern and tone sequence which is sent to an analyser sitting at the far end of the signal path. The generator features full test pattern capability for all standards from SD to 4K – bars, sweeps, ramps, pathological…it does the lot. Added to that it produces anti-aliased text in varying fonts to make a very flexible visual line identification tool.

The test tones are 24-bit resolution and are fully configurable across 16 channels of embedded or AES audio with the option to encode to Dolby E.  There is even the ability to identify channels via a text to speech synthesizer that inserts spoken phrases.

In addition to audio/video alignment, MatchBox can measure audio to audio and video to video, too. Coherence of audio is very important for surround sound applications if they get downmixed. MatchBox determines audio channels relative to each other with 0.01 sample precision. Signal inversion is checked for and the levels measured, too. Pixel accurate video to video analysis allows for checking 4K quad-link alignment but also any application where feeds need to be co-timed.  For example, main and back-up links from an event.

What are the challenges facing Hitomi for 2018? 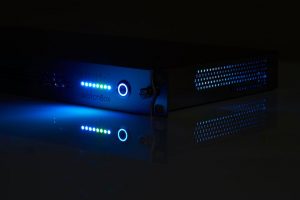 Hitomi MatchBox is capable of measuring audio/video timing to a resolution of 0.1ms

Our systems are becoming widely adopted and we are seeing a big increase in demand, globally. To keep pace with this we have now broadened our distributor network to include Middle East and Australasia. We are streamlining our manufacturing processes to cope with the increased demand for our products. We will be exhibiting at Cabsat in Dubai and NAB Las Vegas for the first time in 2018.

We constantly monitor the latest emerging technologies so we can respond with developments to stay at the leading edge of our industry. For example, the increased adoption of IP based workflows is a challenge for everybody in live production. We are working in conjunction with major broadcasters to implement solutions for alignment in IP environments. With all the developments we have planned we will be expanding the design team, so growth is a definite but most welcome challenge for us in 2018.

How has the transition to 4K ultra high definition coverage of sports influenced your product design?

Currently, most 4K coverage is not sent via a single 12 Gb link. Instead, a 4 x 3G infrastructure is used and the challenge is not only to keep the audio and video aligned but the four quadrants must be precisely matched video to video. MatchBox 4K has been designed with this specifically in mind and can measure picture to picture alignment with pixel accuracy. Also, it keeps an eye on the longer-term timing to spot differences of up to 2 seconds between feeds.

How does Hitomi’s MatchBox differ from other test and measurement equipment?

MatchBox was conceived and designed for the live production environment, while the majority of other test and measurement equipment is aimed at lab use. Our analyser units are typically installed in master control rooms. Operators can see instant on screen visual reassurance that the alignment is precise. In addition, the clear and compact interface can be displayed on any PC, Mac or touch screen device via a web browser.

Do you have a European application that you can share which shows the benefit of your products?

We are currently finding the European market has increased with units going into Germany, Italy, France and Belgium. A recent example would be Eitowers in Italy.  They have found Hitomi MatchBox to be a powerful tool to check and allow the adjustment of delays among primary feeds for football matches in the Italian Serial A championship. Our solution allows them to verify the alignment across 3 feeds with a precision of 0.1 msec, a resolution which allows their takers to properly process graphics on top.

What are the commercial differences you bring to live sports coverage?

Alignment errors can be very costly in people’s time to find a solution. They can also lead to heated debates as to who in the chain is responsible. MatchBox solves both of these issues. Being able to line up an outside broadcast quickly and efficiently can save hours of engineering effort. MatchBox is in use around the world at prestigious sporting events and is becoming an industry standard. It is fast, reliable and often a great settler of arguments, such as Gallery: “The signal you are giving me is out of lip-sync!” OB truck: “No it isn’t, I can prove that, I’ve measured it with MatchBox”.