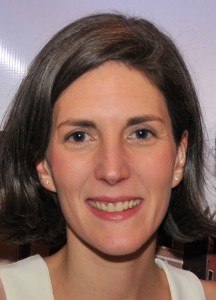 The news shortly before IBC 2016 that Imagine Communications had surpassed 25 IP-based live deployments – accounting for more than 50 IP-based channels and 3,000 live production streams – confirmed its centrality to the ongoing IP workflow revolution. But in fact it was only one dimension of what has been a hugely significant year for the company in terms of new solution development and strategic progress.

With 2016 now drawing to a close, SVG Europe sat down with Imagine Communications CMO Glodina Lostanlen discussed the “tipping point” importance of IBC 2016 in terms of the migration to IP, the role of education in easing this transition, and some notable recent mobile and studio production deployments…

How would you describe the overall activity levels for Imagine Communications in 2016 compared to last year?

From nearly all measurements — customer engagements, next-generation deployments and technology advances — 2016 has been an exceptionally busy year for Imagine Communications, one of our most productive and strategically significant in recent years. A little more than three years ago we made public our recognition of the industry’s need to evolve to a more agile and versatile technology foundation in order to accommodate shifting consumption practices, meet increased demand, take advantage of the size and innovation of the IT industry, and acquire the flexibility to support future business models. That public declaration was accompanied by massive investments in R&D and next-generation solutions designed to empower media companies with the ability to graceful transition their operations without disruption, without stranding investment and on their own timeframe. We started to see tangible, real-world benefits of those investments through live deployments in 2015. In 2016, that momentum has significantly increased and we are now helping media companies in all regions to advance their businesses through next-generation architectures. Our close involvement in the Alliance for IP Media Solutions (AIMS), a 50-member plus consortium dedicated to the advancement of IP standards for media was also a big factor in advancing our solutions.

In which areas of the business have you registered the most notable growth – and why?

We have made significant advances, both in terms of customer deployments and technology maturity, in live production, virtualized playout, next-generation ad management and multiscreen delivery. Across all of these arenas, our growth has been fueled by the same factors mentioned above: the maturity and market-readiness of solutions that enable media companies to begin pursuing their future business plans today. In live production, for example, across sports, news and entertainment genres, Imagine Communications is delivering technology that enables media companies to simultaneous support demand for HD and UHD programming, depending on the current customer’s requirement, through flexible and future-proof routing, processing and monitoring equipment that can accommodate configuration changes on the fly. That same equipment offers a seamless path to IP-based technology through support of industry standards and unprecedented interoperability with third-party equipment.

IP-based solutions and next generation TV solutions were integral to the company’s IBC presence this year. How would you assess the response to these developments?

In my opinion, IBC2016 will be remembered as the tipping point for industry-wide recognition that the future of television production, playout and delivery will be intertwined with the IT-industry and that all media operations will gradually migrate to IP-based COTS environments, including the cloud. The IP Interoperability Zone at IBC, based largely on the work promoted in the AIMS, represented what most people considered to be the broadest and best-organised demonstration of support for a common approach for the transport of media in many decades. From a company standpoint, we were extremely gratified by what we feel is validation of our industry vision, as well as motivated by the prospect that the conversation around IP has finally shifted from “if and should” to “when and how”. Shortly before IBC, we announced that we had surpassed 25 IP-based live deployments that account for more than 50 IP-based channels and over 3,000 live production streams. IP as a delivery mechanism, as in the case of Over-the-Top (OTT) models, is also gaining great interest among broadcasters and other content owners.

In what ways would you say that Imagine Communications’ approach to supporting sports broadcasters has changed in recent times? 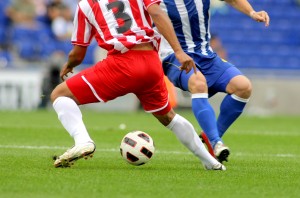 In addition to being a major force in assisting sports broadcasters in managing the transition from HD to UHD by simultaneously supporting both technologies, as well as gracefully managing their transition from SDI to IP, we are broadening our reach in the live sports discipline through strategic partnerships and initiatives. For example, we continue to work with major players in live sports production, including longtime technology partner EVS, to deliver solutions that push the creative envelop inside mobile vehicles, the control room and at sporting arenas. We continue to be a leader in the area of fan engagement, leveraging our advanced routing, control and playout technology to enhance the experience of sports fans around the globe and create new monetisation opportunities for venue owners, through dynamic ad insertion, for example.

What are the remaining obstacles blocks to mass adoption worldwide of IP-based workflows?

As your question implies, the path to mass adoption of IP-based workflows is largely cleared. The success of AIMS has addressed interoperability concerns and numerous live deployments, including the 25 publically announced by Imagine, provide media companies with proof points that IP is ready for primetime. Media companies still need to work through a few cultural issues, such as training and education. Broadcast engineers have been working with IP for years, but there is still a learning curve that’s necessary to navigate for broadcast engineers to thoroughly understand how to architect hybrid and IP-based facilities that provide the same performance, precision and reliability as traditional broadcast facilities. A major focus of Imagine Communications in 2017 is providing media companies with the know-how to build these next-gen infrastructures. Education, implementation and demonstrable business cases are our top priorities going forward.

What do you think are the great workflow challenges awaiting leading vendors, such as Imagine, in 2017?

The remaining challenges presented by the move to IP and virtualized environments from our perspective are mostly about education and not as much about technology. As mentioned previously, we’ve been working for more than three years to deliver technology platforms that fully exploit next-generation architectures, as well as provide a feasible and self-paced transition path from SDI to IP. Our current solutions are Native-IP and Native-Cloud, meaning that they have been designed from the beginning for virtualized and IP-based COTS environment and to take advantage of all of the benefits built into software-defined IT facilities. More than simply taking traditional applications and encasing them in IP wrappers, these solutions are based on a microservices architecture, which is a critical to ensuring continuous technology innovation and ironclad reliability.

Finally, 2016 has been a great year for sport… but what you regard as your personal highlight of recent sporting developments, and why?

Imagine Communications in 2016 has emerged as the go-to supplier of mobile production and broadcast facilities for some of the most prominent sports production companies in the world. We announced deployments with NEP, Dega Broadcast Systems and Globo, among others. Our equipment played a key role in delivering championship tennis and international sporting event to millions of homes across the world. We supplied the technology for the in-stadium fan experience at the American Super Bowl. Topping our sports production highlight reel for 2016, though, is probably the pioneering work we did in the virtual reality realm, overseeing the delivery of live sports action from a never-before-seen perspective for thousands of spectators.