SVG Europe Sit-Down: Lawo’s Andreas Hilmer on the progress of AoIP and the changing face of broadcasting 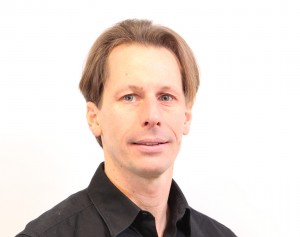 With such a wide range of products in its portfolio, Lawo can speak with considerable authority when it comes to the design and manufacture of pioneering network, control, audio and video technology for broadcast and post production, as well as live performance and theatrical applications. One of its most significant recent installations is kitting out Columbus, Gearhouse Broadcast USA’s newest OB Mobile Unit – and one of the most technologically sophisticated on the road. So it wasn’t long before Andreas Hilmer, Director Marketing & Communications at Lawo, started talking about the project.

Thinking about sports production, have the demands of broadcasters and OB providers changed over recent years?

This one among a number of new business models that is possible due to the growing availability of IP connectivity across the world. Simplicity of operation and management of systems is key to all, however, and a control layer is an essential part of the model. This is addressed with Lawo’s VSM system, as found in the Columbus supertruck – Gearhouse Broadcast USA’s newest OB vehicle, and one of the largest OB Vans currently on the road.

The Columbus VSM control and monitoring system (on redundant servers) has access to and controls all relevant hardware in the OB. Physical and touchscreen panels give operators access to the routing parameters of the routers and multiviewers, vision mixer and the intercom, as well as the Lawo mc²56 audio console and DALLIS frame at the centre of the OB. These VSM panels allow complete workflows to be prepared in advance of a production, and the whole truck configured with a button-push shortly before going live.

What are your predictions about the growth of IP for sports production? And how are you gearing up to meet those demands? 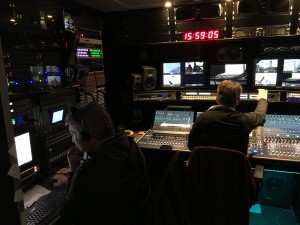 At this point in time, broadcasting is well on the way to IP; taking advantage of Internet Protocol gains broadcasters access to IP networks such as the Internet, greatly exceeding the abilities of older technologies such as ISDN. More than simply replacing an older method of audio transport, IP allows audio and video infrastructures to be combined onto the same backbone. In the future, these formerly separate areas will no longer be treated like separate islands, but be part of a much more closely integrated broadcast infrastructure.

In order to achieve this, it is essential that appropriate standards are developed and supported. Presently, these include AES67 (Audio over IP), Dante (multi-channel digital media networking), Ravenna (IP-based media networking) and NMOS (Networked Media Open Specifications for connection management, auto discovery and metadata) among others.

With pioneering work in networking and control of audio and video technology for broadcast and post production – as well as live performance and theatre applications – supporting the design and manufacture of equipment that is used by major broadcasters around the world, Lawo is intimately involved in this revolution. Longstanding involvement with industry bodies such as the Alliance for IP Media Solutions (AIMS), the Media Networking Alliance (MNA) and the Ravenna Partnership ensure that our conversation with the industry is two-way, contributing the new standards, as well as advancing the available technologies.

With these considerations, we are already entering an era of unprecedented interoperability and compatibility, and the vast resource of opportunities being promised by IP audio. Partly because of this and partly in response to it, the expectations and demands of broadcasters are changing. Among them, the days of full-fledged location broadcast operation is being replaced with remote contribution the broadcaster’s ‘home’ facilities. Not only does this save on transport costs and setup time, it transfers a greater level of control to the central broadcast operation.

We can expect the requirement for remote production to continue to increase. As broadcasters demand more content, cost-effective solutions will become essential to create more live content in the fore of second and third-tier sports production. This can be met as IP connectivity to venues and stadiums around the world is becoming cheaper.

At this year’s ISE show in Amsterdam Lawo debuted its V__pro8 8-channel video processing tool. What makes this equipment so special?

Lawo has a complete audio/video remote production solution capable of serving small and large productions based on the V__remote4 IP video production units and A__mic analogue-to-IP audio interfaces. V__pro8 is a further powerful all-in-one video/audio routing, processing, embedding/de/embedding device, that offers a compact and easy-to -use solution that is controllable by third-party control systems for integration into the new architecture of unified production workflows.

These interfaces have already proven their ability to redefine the broadcasting model with DutchView Infostrada’s Cloud Production system, which is in operation providing a comprehensive IP-based video and audio production platform for leading Dutch commercial TV channel, RTL.

What are the significant issues facing makers of audio solutions in 2017?

There can be no doubt that the face of broadcasting is changing, or that the changes it is experiencing are reshaping working methods and the expectations of broadcasters and the industry as a whole. Our industry is developing towards “Broadcast 3.0” – the 3rd generation of broadcast infrastructure solutions, based on the cornerstones of IP transport, software-defined processing, orchestration and seamless control of network resources and automated workflows. Recent developments in technology and the opportunities that these developments are bringing will provide the blueprint for broadcasting for many years to come.

Are the colleges that are training the next generation of engineers providing adequate courses when it comes to teaching the increasing need to mix IT with broadcast?

It is inevitable that the combination of traditional broadcast operation with IT expertise is not yet easy to find, but will be the basis of modern broadcast engineers’ skill sets. It is not just enough for engineers to know about IT, but to understand the particular requirements of broadcast needs (QoS, PTP and so on). As a result, we are seeing more and more training courses aimed at this new need.

The cloud will also play a part in redefining broadcasting, bringing with its concerns over cyber security that must be met through further development of control protocols and user right access.

With the growth of IP sports production assured by the changing expectations of customers, Lawo’s position at the helm of development assures business and technical models to meet them.

But modern IP Infrastructure is already seamless in its integration of audio and video, providing the key benefits of a network – distributed processing and I/O accessible by multiple users – that will work efficiently with software-defined hardware systems. Lawo is prepared for all of these eventualities, with an equipment portfolio and business model to suit the future of broadcasting.