Since the company’s establishment in 1954, Leader has contributed innovative measurement technology for sectors of industry such as home appliances, television broadcasting and mobile telephones.

In addition to improving the quality of broadcast communication, the company is developing new technology for use in IP-based video distribution. European Regional Development Manager, Kevin Salvidge, was keen to talk about some of that latest technology.

At NAB you announced the new lineup ‘ZEN’ series of waveform monitors and rasterizers. What makes these solutions so special?

‘ZEN encompasses all and is encompassed by all’ is the aim of Leader’s new product range. To provide broadcasters, production companies and media production labs with the tools to measure all elements of their video and audio signals, irrespective of the format, resolution, colour-space and transport medium. 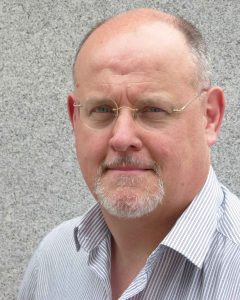 Kevin Salvidge: “The lack of standards has significantly delayed the adoption of IP remote production”

Customers are currently faced with the dilemma of having to monitor and product content in a multitude of formats, resolutions and colour spaces. That has now been compounded with the addition of HDR and Video-over-IP infrastructures. Not all these technologies might be relevant to their businesses today, so Leader’s new ZEN line-up is ideal for their present operations and can easily be upgraded to support any new requirements.

Has the take up of IP remote production been as rapid as you expected?

In a word: No. The lack of standards has significantly delayed the adoption of IP remote production. SMPTE-ST.2022/6 allowed for the transport of high bit rate media signals over IP networks, which enabled IP remote production to replicate SDI workflows. Several broadcasters have proved that the technology can be used in a broadcast environment, but traditional SDI architecture is still used to monitor actual productions because of the lack of ‘true hybrid’ test and measurement products.

And how does this technology affect your solutions?

Leader’s new LV5600 waveform monitor and LV7600 rasterizer offer customers an unrivalled set of production tools, that don’t care whether the video signal is transported over SDI or IP. This allows operational and production staff to focus on their day-to-day jobs and not have to worry about whether it’s an IP or an SDI signal. With the launch of these new products, Leader expects to IP remote production start to establish itself as a creditable alternative to complement traditional ‘live’ remote production.

Last year you asserted that 4K/UHDTV was “the perfect storm of technology innovation”. How is that storm progressing?

With the publication of SMPTE-ST.2110/40, a perfect storm of technology innovation is now blowing. Like all new technologies, broadcasters need to make money and currently there are delaying factors that are outside of broadcasters control.

Well produced HDR is extremely impressive and production companies and media labs are now in a position to be able to create stunning HDR video while at the same time delivering SDR content to broadcasters. Amazon, NetFlix, YouTube and Facebook are not hindered by the legacy issues which broadcasters have to address, so they are currently leading the HDR race. Many consumers are happy to pay a premium to view an enhanced offering at the expense of traditional broadcasters. Those traditional broadcasters must address these issues or face a serious decline in viewing figures.

IBC is not that far away. What can we expect from you in Amsterdam?

To accommodate our larger stand requirements, Leader Europe has had to move to Hall 11.B27 at this year’s IBC show. Following the successful launch of the ZEN product range at NAB, Leader will be showcasing enhancements to these products. What has become clear is that as we advance along the technology innovation path new challenges appear, that we hadn’t necessarily considered or expected. Since the launch of the new ZEN product range from Leader, we have already started engaging in discussions with customers relating to new areas not previously considered to be a requirement

Do you have any future plans you can share with us?

Come and see us at IBC 2018 at our new Hall 11.B27 location. The ZEN products are only the start of the journey. We will announce new features and enhancements at the show.

Do you have a European sports related case study you can tell us about?

Seventy Leader test instruments were chosen to perform signal monitoring at one of the largest outside broadcast projects in the 2018 sports calendar. Approximately 90 nations competed in over 100 tournaments embracing 15 disciplines. Many of these were captured in HDR UHD as well as SDR HD for relay to broadcast networks around the world.

This was by any standards a very large project and a great vote of confidence in the excellence of these instruments. The sporting events were produced in 4K HDR and distributed to the rapidly increasing number of broadcasters able to handle this advanced signal format.

The LV5490 and LV5770A between them provide all the facilities required for camera alignment, live colour balancing and the wide variety of signal measurements that have to be made when setting up and operating large-scale outside-broadcast projects. Most were installed for use in the main technical control centre, with the balance integrated into mobile production vehicles located at the various event venues. Both instruments are equipped with high quality picture monitors and can be fully controlled either from the front panel or remotely.

Leader products were also used this summer at another major sporting event to provide media rights holders with UHDTV/HDR content.